It’s little wonder, then, that the Taubman Museum of Art in Roanoke, Virginia, is hosting an exhibition featuring the artist’s works. But in June, something happened on the road from Villinski’s New York City studio to Roanoke.

After components for the exhibition’s signature piece, Flower Bomber, were loaded aboard the shipping truck hired to transport it to the Taubman, the vehicle was stolen right out from under the artist’s nose. It was a devastating loss for Villinsky and for the exhibition. Flower Bomber is a broad, stunning work, using wood and fiberglass to depict a large-scale B-52 bomber dropping laser-cut aluminum flowers from its bay. In its stead, the Taubman displayed another Villinski aircraft in its atrium. Titled Passage, the replacement sculpture is a large wooden glider covered with one thousand butterflies.

The artist estimated the value of his loss at $358,000, but the opportunity cost of losing the centerpiece of his important exhibition was much higher. It was a dastardly art heist, or so it seemed. Just days later, Villinski received happy news from Penske, the owner of the rental truck. The abandoned vehicle’s OnStar system alerted them to its location in Brooklyn. And the news got even better: Flower Bomber was still inside. It seems that the artwork wasn’t the target of the thieves at all. Instead, the truck was taken as part of a different sort of crime—illegal dumping. According to police, box trucks are often stolen, loaded with trash and debris (in this case, old tires), and abandoned far from where they were loaded.

Flower Bomber was recovered with just a minor damage that the artist might simply leave in place. It will join Villinski’s other works at the Taubman a bit late, but none the worse for the wear.

The initial reports of the theft sounded like a one-off; some odd method of stealing valuable art outside of the typical museum or gallery theft. But the fact is that art in transit is actually quite vulnerable. Indeed, there have been a number of notable thefts of art from vehicles transporting pieces to shows around the world. Perhaps the most infamous robbery took place in 2006, when a 1778 work titled Children with a Cart by Francisco de Goya destined for the Guggenheim was stolen from a transport truck that was parked overnight outside a Stroudsburg, Pennsylvania, hotel.

The painting was recovered by the FBI less than two weeks later. Though the details of the recovery weren’t revealed—something not unusual in art recovery operations—there was rampant speculation that an insider must have been involved. How else, the reasoning went, could anyone have known the contents of the truck? But that hypothesis ignored the simpler scenario: the thieves merely broke into the truck willing to take whatever valuables they could get their hands on, whether it be shaving razors, televisions, or other easy-to-fence items. And when they found that they had taken something almost impossible to move—a highly valuable, highly recognizable painting—they were eager to simply return it without paying a penalty proportionate to their unintended take.

While these sorts of incidents would lead one to think that art in transit is only at risk of inadvertent pilfering, the simple fact remains that when valuable art is taken out of secured institutions and sent on its way, it is incredibly vulnerable. This is because the most robust art security systems involve multiple layers of safeguards against loss. When art is removed from these settings and put on the road, many of those layers disappear.

Take, for instance, this weird historical quirk: the artist who has seen the highest number of his works stolen is Nick Lawrence. Talented, but hardly the household name like the others at the top of this unfortunate list, Lawrence saw 557 of his works go missing virtually at once, when they were moved without his permission from the location where they had been stored. It is unclear what happened to the works once they were taken off-site.

More recently, three hooded thieves in Madrid knew exactly what they were doing when they stole a truck filled with 28 paintings, including works by Picasso, Fernando Botero, and Eduardo Chillida, from a warehouse.

Though lending institutions always seek insurance when loaning a valuable piece to another museum for a show, the protocol for securing the works can be as varied as the works themselves. It’s not unusual, for instance, for the transport company’s truck to be marked with its corporate name—a clear indicator to knowing thieves that art is in tow. Further, it would be a mistake to assume that the drivers and their partners are armed. They aren’t trained security personnel; they’re trained art handlers.

Fortunately, responsible art institutions often use a “chase car” for the more valuable works. This ensures that the art handlers go where they are supposed to, and that should something nefarious happen, an extra set of eyes are available to track movement until law enforcement can arrive. Clearly, the future of art transit security will rely heavily on small, hard-to-detect GPS devices in the moving trucks and in the packing equipment. Thieves might be able to make a quick getaway, but they can’t outrun a satellite.

For the moment, at least, moving art is still a risky business, and while museums hire full-time staff who handle all the preparations for art in transit, things still go awry. So one can imagine that for a private collector who generously loans a piece of art, the risk is even greater. More worrisome yet is that homeowner’s insurance doesn’t necessarily cover art loaned from a personal collection and stolen in transit. Since most art is stolen from homes—not museums—private collectors must be especially vigilant when allowing their works to be moved from one location to another.

After all, the odds are slim that if your stolen Matisse is taken, it will simply be found untouched in a truck filled worn out tires. 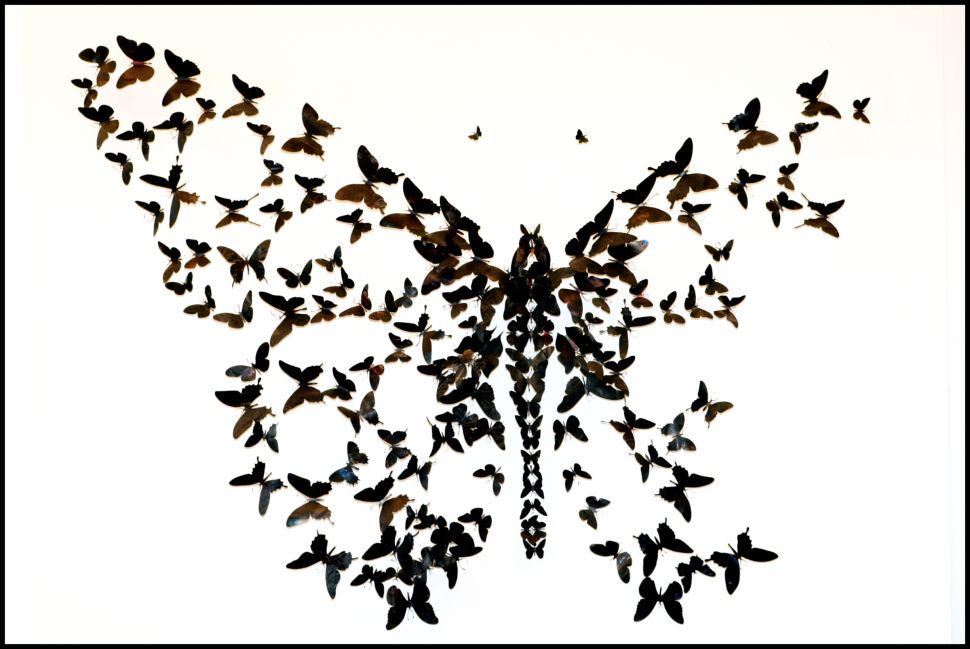