Some people believe Donald Trump won the presidency because he tapped into a powerful cultural zeitgeist that everyone else missed. Others believe he won due to masterful media manipulation, or nefarious help from outside parties. But there’s only one reason that matters: Trump won because he engaged and mobilized his voters.

If Hillary Clinton had used this technology during the 2016 election, she would have easily won key swing states. In order to understand the power of this new tool, we need to revisit the most successful presidential marketing campaign in recent history in terms of voter turnout.

In 2009, Barack Obama was inaugurated after a long election battle with Sen. John McCain. While Americans saw the election of their first African-American president, there was another fundamental shift in American politics happening under the radar. For the first time in history, the internet was the deciding force in a presidential election.

A lot has been made about Obama’s cutting edge use of targeted data and modern technology—and all of that is true—but what gets lost in this discussion is that McCain was no rookie when it came to politics and the web.

In fact, McCain was one of the first politicians to use digital advertising to reach more voters back in 1999. So in a race between two politicians who both understood and embraced technology, what set them apart? The answer is simple: old media versus new media. McCain saw the internet as another place to advertise, whereas Obama used it to personally engage his base, driving them to do the one thing politicians struggle to make their base do: participate.

Obama’s ability to fund raise—not just from major donors, but from working class constituents—was remarkable. He raised $659 million, which was, at the time, the most any candidate had raised in history.

What was even more impressive about this fundraising was that over 50 percent came from small donors:

Obama’s ability to organize political action at a grassroots level was also remarkable. People who were not previously politically-active were hosting and attending meet-ups for Obama in their local communities, contacting their friends in battleground states, operating phone banks, and taking part in various other campaigning tactics.

These two hallmarks of Obama’s campaign relied on the same principle: technology as a tool for driving participation and turnout. Let’s look at Obama’s online tactics to get a better sense of this:

And all of that doesn’t even include the millions of dollars Obama’s team spent on targeted Facebook ads and search advertising.

McCain, on the other hand, used technology very differently. Almost the entirety of his online spend went into search advertising. When a voter searched on Google for a particular campaign issue, McCain’s ads appeared. While Obama’s online advertising focused on getting people to turnout and vote (hence the ubiquitous “Join Us” button), McCain’s digital ads were merely an extension of his television advertising strategy.

McCain’s online campaign was scattered. There was little focus on building a relationship between the candidate and his constituency, and so none of his efforts pushed his base to participate. Rather than helping his constituents organize, McCain used Facebook as a platform for a game called “Pork Invaders,” which mocked government spending.

As a result of Obama’s engaging, turnout-driving strategy, he won the presidency. The difference in the election wasn’t that one side was tech savvy while the other lived in the dark ages. The difference was:

In the 2020 election, voter turnout, and by extension the election, will be decided by an even more personal form of communication: texting.

Why Automated Text Messages Will Decide The 2020 Election

The lesson from the Obama campaign is clear. The more personalized your outreach, the more effectively you can drive voter turnout. This presents a technological challenge for politicians. They must automate their outreach in order to reach enough voters, but they must also personalize their outreach to engage those voters.

The average person is nearly five times more likely to open a text message than an email. That’s because text messages are considered more personal than emails.

Trump and Clinton both used text messages to communicate with their base, but in both cases, the messages did not have the level of personalization that Obama’s outreach had.

Trump’s messages were sent unsolicited—eventually leading to his campaign being sued—and were incredibly spammy. Clinton’s were slightly better, but still read like mass emails that simply plugged in the recipient’s name:

Imagine how these campaigns could drive voter turnout if their text messaging was completely personalized. Imagine if, for the recipient, it was actually like having a conversation with a real person? We don’t have to imagine very hard, this technology is already being used.

In 2016, Georgia State University used an artificial intelligence-powered assistant to engage prospective students via text message, and the results were staggering.

“Summer melt” is a phenomenon in which students who plan on attending college change their mind. During the summer between high school and college, they “melt away.” Universities have known the answer to this problem for years: engage students before they get to campus.

The problem is, engaging students at scale requires a lot of people—and hiring a lot of people costs a lot of money. No college has been able to find an answer to this dilemma, until now. Partnering with a startup called AdmitHub, Georgia State University developed an AI-powered automated assistant they named “Pounce.”

The assistant would text prospective students after they graduated high school, telling them about important dates, answering their questions about college, and walking them through all the necessary steps to prepare for university life. For example, if students had difficulties with the FAFSA process, conversations like this would occur between the student and Pounce:

Pounce learned by “studying” all the reference material GSU’s staff used to field student’s questions, and then observed actual conversations to further its ability to interact well with students.

The experiment was a huge success. Pounce handled over 50,000 messages from students, leaving school administrators to answer only 472 total messages from students in that time period. Ninety-nine percent of the communication workload was handled automatically by Pounce. As a result, summer melt reduced by 21.4 percent, earning GSU $3 million in tuition, contributing to a record year for enrollment.

The problem Pounce solved—that universities have a huge base of people who are interested in participating, but need to be engaged before they actually will—is the exact same problem politicians face with driving voter turnout.

Would Hillary Have Beaten Trump With Automated Texting?

In every election in recent history, at least 43 percent of eligible Americans decide not to vote at all. Campaigns that win are the ones able to mobilize people to get out and vote. Clinton failed to do this on the levels necessary to beat Trump.

If Clinton’s team had used an automated texting assistant like Pounce, she would have won these three states—and the election. Let’s look at what we know:

We know Clinton was close to victory in each of these states, and that in each of the above states, there were young voters that Clinton did not capture. Let’s calculate how many young non-voters Clinton would have had to capture in each state to win the election. We’ll use the numbers from the most recent US Census.

In Michigan, there are 973,889 people between the age of 18 and 24. That means the 10,705 votes represents 1.09 percent of the traditionally college-aged population in Michigan. If national averages hold true, then only 50 percent of young people voted in Michigan.

That means all Clinton would have to do is capture a mere 2.18 percent of the young voters who didn’t vote. If Pounce (or an equivalent automated texting service) was used to get young people to vote in Michigan, then Clinton would have won the state—even if it was 10 times less effective than it was at getting college aged students to enroll at GSU.

In Pennsylvania, Clinton needed 7.02 percent of young people (between 18 and 24 who didn’t vote) to vote for her to make up the difference. Again, in this scenario, Clinton would have won Pennsylvania, with the help of an automated texting assistant.

But How Could Clinton Collect So Many Phone Numbers?

Historically, text message campaigning has been difficult because of the regulations around it. In 1991, very few people owned cell phones, and receiving calls or texts was very expensive for the phone owner. As a result, a law was passed that forbid automated “robo-calling” of cell phones through any medium—voice or text.

This meant that even if a campaign had a cell phone number, they couldn’t include it in their text message blast, unless the person who owned that number had already signed up. This all changed in 2016.

Sen. Bernie Sanders’ campaign, while ultimately unsuccessful, was famous for the amount of traction he scored among young voters—more, in fact, than Trump and Clinton combined.

What Hustle did was allow the Sanders campaign to do what every other campaign had been unable to do since 1991—reach out to potential voters via text. Hustle calls itself a text-distribution service, and it works because it exploits a loophole in existing laws. The 1991 law prohibits automated outreach, but if you personally text someone’s phone, you aren’t violating any laws.

What Hustle does is it allows you to import huge databases of contacts—for instance, a list of phone numbers a campaign might purchase from a private data seller—and then delegate chunks of phone numbers to individual volunteers. Volunteers can then use text messaging templates within the Hustle app to rapid-fire message each number individually.

Once a campaign is actively communicating with someone via text, it becomes much easier to convince them to opt-in to receive automated messages—they’re already texting the campaign. With this technology, campaigns can get millions of voters on their text message opt-in list, as evidenced by Sanders’ 2016 campaign.

The Next President Will Win by Automated Texting

The 2020 election will be determined by one thing: voter turnout. Automated texting assistants may be the single most powerful tool for getting people to show up at the polls.

The question is: Will it be the Democrats or Republicans who succeed with this technology? We’ll ask Trump in 2020—but judging from the chaos involved in simply running Trump’s Twitter account, we’re betting artificial intelligence is a bit beyond his team’s ability.

Andrew Magliozzi is the founder of AdmitHub, an ed tech company that uses AI to help prospective college students enroll in school. 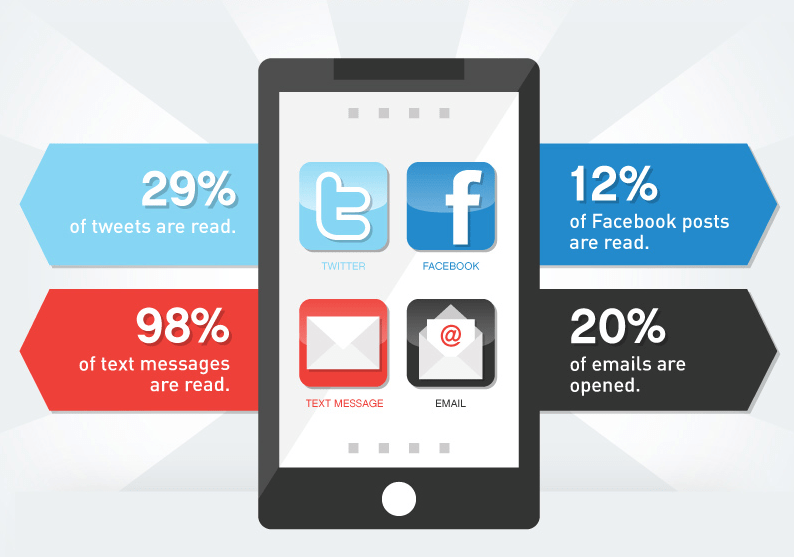