What’s more Bella Hadid than being absolutely smothered in Bulgari jewels? The model wearing stacks of those pricey jewels, while rocking head-to-toe denim, Dior make-up and a pair of sparkly Manolo pumps.

Styled by Carlyne Cerf de Dudzeele, who Hadid calls “the Fairy Boss Mother” on Instagram and shot by Terry Richardson, Hadid is decked out in plenty of Bulgari baubles and a variety of other colorful jewels in V Magazine‘s Americana Issue. Seriously, in one shot, she even turns a gold chain of chunky rings into a belt. The very bare denim looks are from Zadig & Voltaire, DSQUARED2 and GUESS.

This week, the younger Hadid sister was busy running around Couture week in Paris; she opened Alexandre Vauthier‘s show and walked the runways for both Fendi and Maison Margiela. She also made a dazzling appearance at Dior’s 70th anniversary fête. She’s come quite a long way since her first couture catwalk, alongside her sister Gigi, for Chanel in January 2016. 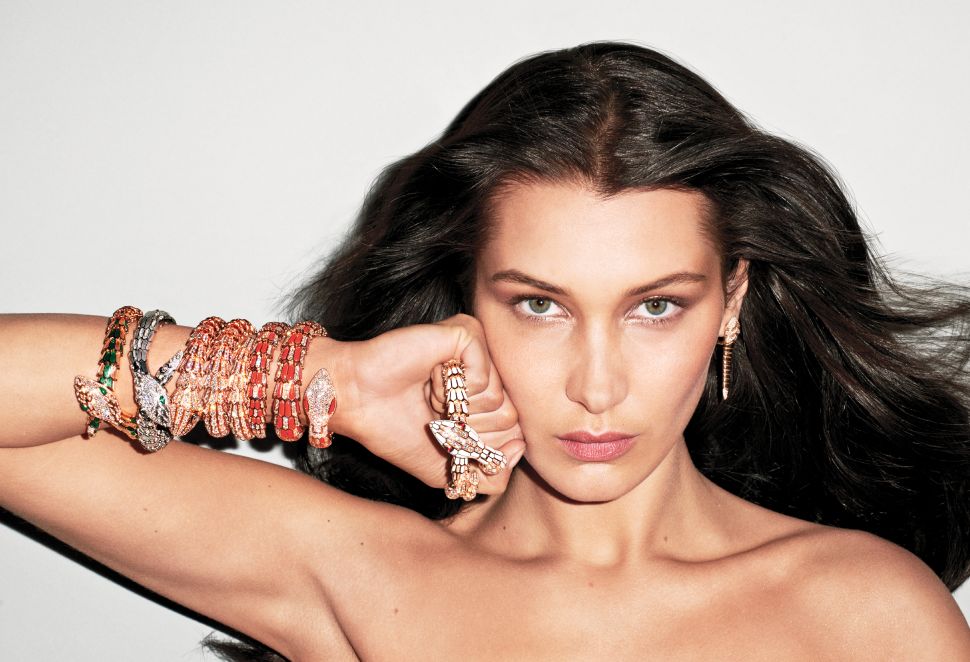