The Big Bang Theory has been criticized for allegedly mocking the scientific community, but many scientists actually love the show—and it’s even inspired their research.

For proof, look no further than Paul Canfield. The professor of physics and astronomy at Iowa State University recently created BaZnGa, a chemical compound of barium, zinc and gallium. The compound’s name was inspired by “Bazinga,” the catchphrase of Big Bang Theory character Sheldon Cooper (Jim Parsons).

The idea for BaZnGa came from Na Hyun Jo, one of Canfield’s graduate students (14 of them helped him with the study). She saw a TV commercial for The Big Bang Theory that represented Sheldon’s “bazinga” as a chemical formula: BaZnGa.

Since barium is a volatile element and zinc by contrast is highly reactive, the team decided to add gallium to the mix to see if a new compound would form—this was the first recorded time anyone tried to mix the three elements in this way.

“We try to discover new materials, and hopefully find in at least some of them novel or exotic properties,” Canfield told the Observer.

Lo and behold, the BaZnGa compound yielded a new, plate-like crystal structure: the zinc and gallium atoms were arranged in layers, separated by sheets of barium atoms.

But sadly the material doesn’t appear to have any useful properties, as a semiconductor, magnet or otherwise.

In spite of this, Canfield said creating BaZnGa was worth the effort.

“Discovering a new structure is a big deal,” he said. “But now it’s time to move on. We wrote it up so people don’t spend more time there.”

Canfield and his team did have some fun with the write-up, however. They submitted a serious version of the study for peer review,  but they also wrote a lighthearted report which recognizes Sheldon Cooper’s impact on their work.

“Dr. Sheldon Cooper is, arguably, recognized as one of the more prolific, living theoretical physicists and has certainly captured the attention of the general public,” the second version’s introduction reads. “As such, when Dr. Cooper forays into the realm of materials by design, i.e. predicting a new compound, we feel obliged to treat his prediction with all the gravity and import appropriate to it.”

The conclusion to the second report (which utilizes the same real data as the serious one) also includes a joking reference to the fact that BaZnGa has no real properties, and is in fact inspired by a sitcom catchphrase.

“Dr. Sheldon Cooper continues to be both a motivation and an enigma,” the study reads. “We admire the accuracy of the prediction of BaZnGa, but regret having fallen prey to his legendary wit. BaZnGa!”

Canfield said he wrote the lighthearted piece as a tribute to The Big Bang Theory popularizing scientific research—he compared it to the webcomic xkcd.

“It’s a tip of the hat to the the public outreach the show has given to science and physics,” he said.

Indeed, Canfield said that he hopes Parsons and the rest of The Big Bang Theory cast can attend the March annual meeting of the American Physical Society in Los Angeles, where he will present his findings. He also wants to host a roundtable where the actors can interact with real physicists.

Hey, in a world where The Big Bang Theory is a Comic-Con sensation, anything can happen. 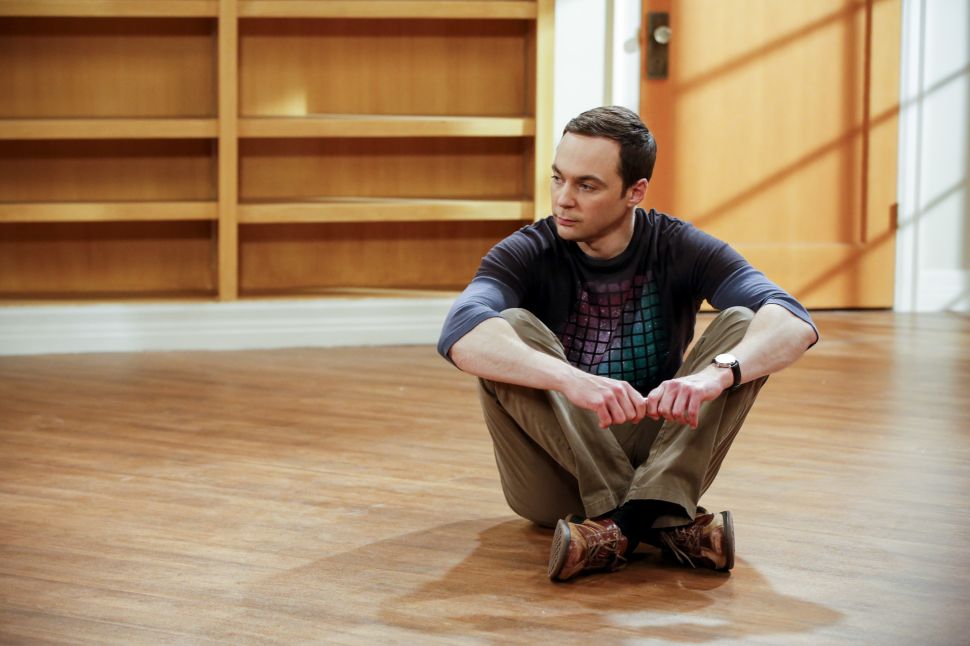