Imagine this—you’re aimlessly perusing LinkedIn, searching for new opportunities, but nothing catches your eye. Then, you stumble open the opportunity of a lifetime. You could work with the royal family as their Senior Communications Officer. Suddenly, you’re imagining snapping selfies with Prince George, partying with Prince Harry and getting paid for it.

This isn’t the first time the British royal family has opened up their hiring process online. They previously searched for a social media manager for Queen Elizabeth II, better known as Gan Gan to some, including you, after you get this position. Unfortunately, whoever they hired did not follow the Observer’s advice, as there were no #OOTDs for Kate Middleton to be found.

While the position might sound too good to be true, and like a Craigslist lie, it was an official posting from The Households of The Duke and Duchess of Cambridge and HRH Prince Henry of Wales. “The successful candidate will play a key role in the development and implementation of the communications strategy for The Royal Foundation and producing and delivering creative communications campaigns,” the post read, so start strategizing. Imagine snapping Prince Harry with Rihanna and capturing Prince William dad dancing.

Unfortunately, after 33,758 views and 1,000 applications, the vacancy is no longer open. If your hopes are dashed, don’t worry, there’s always next time. Who knows when Prince George will need a new nanny? As long as you’re comfortable wearing an antiquated uniform inspired by Mary Poppins and don’t mind mini meltdowns, the opportunities to brush shoulders with the royal family are endless. 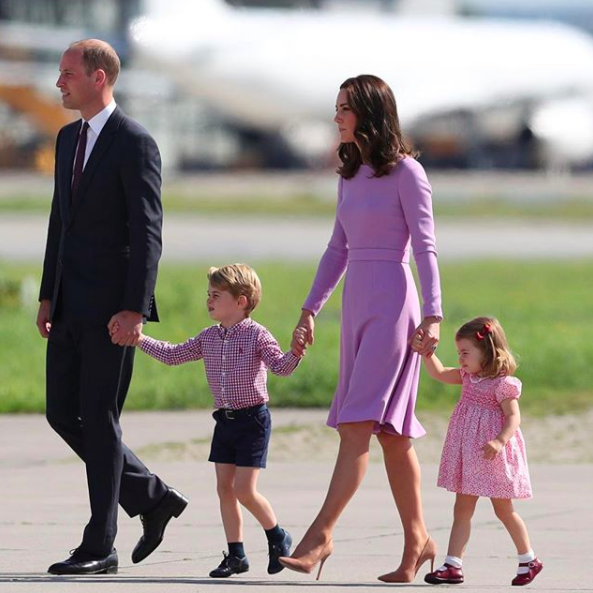