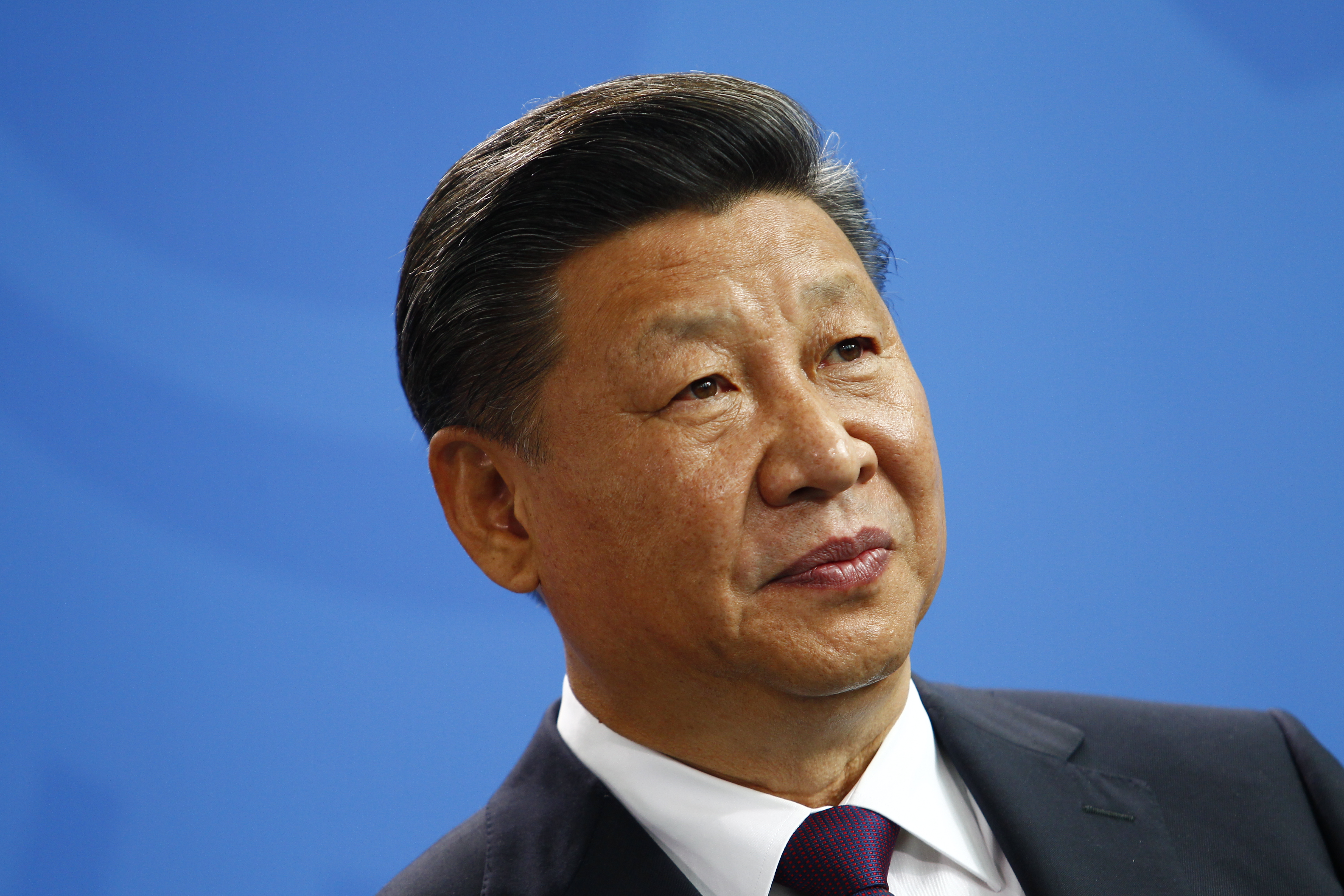 North Korea got the world’s attention – and President Donald Trump’s – when it said on July 4 that it had successfully launched an intercontinental ballistic missile for the first time. The weapon, potentially equipped with a nuclear warhead, could reach Alaska.

President Trump’s initial reaction included blaming China for letting things get this far. He tweeted that Chinese trade with North Korea “rose 40% in the first quarter,” implying that China is reluctant to punish North Korea for continuing to pursue nuclear weapons.

Trade between China and North Korea grew almost 40% in the first quarter. So much for China working with us – but we had to give it a try!

Is he right to call out China’s trade relationship with North Korea, which formally goes by the Democratic People’s Republic of Korea?

While the poor quality of the data on trade between these countries should lead one to be skeptical of any sweeping claims, Trump’s overall sentiment is probably correct. China has increased its trade with North Korea in recent decades and has likely done very little on that front to try to forestall this trading partner’s nuclear ambitions.

Yet a quick look at the data, however murky, shows just how much leverage China has, if it wishes to use it.

In general, exports from one country to another can be mostly explained by the distance between them and the sizes of their markets, a pattern that holds for China and North Korea.

Geographically, they share a large border, which makes China a natural partner for trade. North Korea also abuts South Korea, which doesn’t trade with its rival, and shares a tiny border crossing with Russia, with whom it trades a little (more on that later).

China’s large market, proximity and willingness to trade with North Korea has led to a situation in which the latter has become highly dependent on trade with its primary patron. About half of North Korean exports and imports go directly to and from China and much of the rest of its trade is handled indirectly by Chinese middlemen.

North Korea’s dependence on its northern neighbor has grown hand-in-hand with the nascent superpower’s increasing economic dominance of East Asia, which began 15 years ago when China joined the World Trade Organization. Since then, both Chinese gross domestic product as well as its annual trade with North Korea have increased nearly tenfold, to around US$11 trillion and $6 billion, respectively.

And today, China is responsible for more than 80 percent of both North Korea’s imports and exports.

North Korea imports pretty much everything from China, from rubber tires (1.8 percent of the total) to refined petroleum (4 percent) and apples and pears (1.3 percent), with no single category dominating. Meanwhile, coal makes up about 40 percent of its exports to China, followed by “non-knit men’s coats” (7.2 percent).

Time to use that leverage?

On the one hand, China claims that coal imports from North Korea have recently been stopped as part of an effort to punish the regime for recent missile tests and the suspected assassination of Kim Jong-nam. If true, this would be an important signal of China’s willingness to support U.S. concerns about the missile program as it would represent a loss of about a third ($930 million) of North Korea’s import revenue.

However, there is evidence that coal shipments in fact never ceased. And in any case, China may have dramatically increased its imports of iron ore from North Korea to offset the lost coal revenues.

This is consistent with the idea that China carefully considers the resources and revenue that are available to the North Korean regime at any moment, and uses trade as a lever to control them. In this way, China walks a fine line between providing too many resources, and thus allowing the regime to prosper, and not enough resources, such that North Korea is in danger of collapsing. Ultimately, trade may be used as a lever to do some light scolding, but China’s overwhelming concern is preventing North Korea’s collapse.

Further evidence that China has tight control over the North Korean economy comes from a recent report from C4ADS. The research group found close, and often common, ownership ties between most of the major Chinese companies who do business with North Korea. This suggests that trade with North Korea is highly centralized and thus easily controlled. 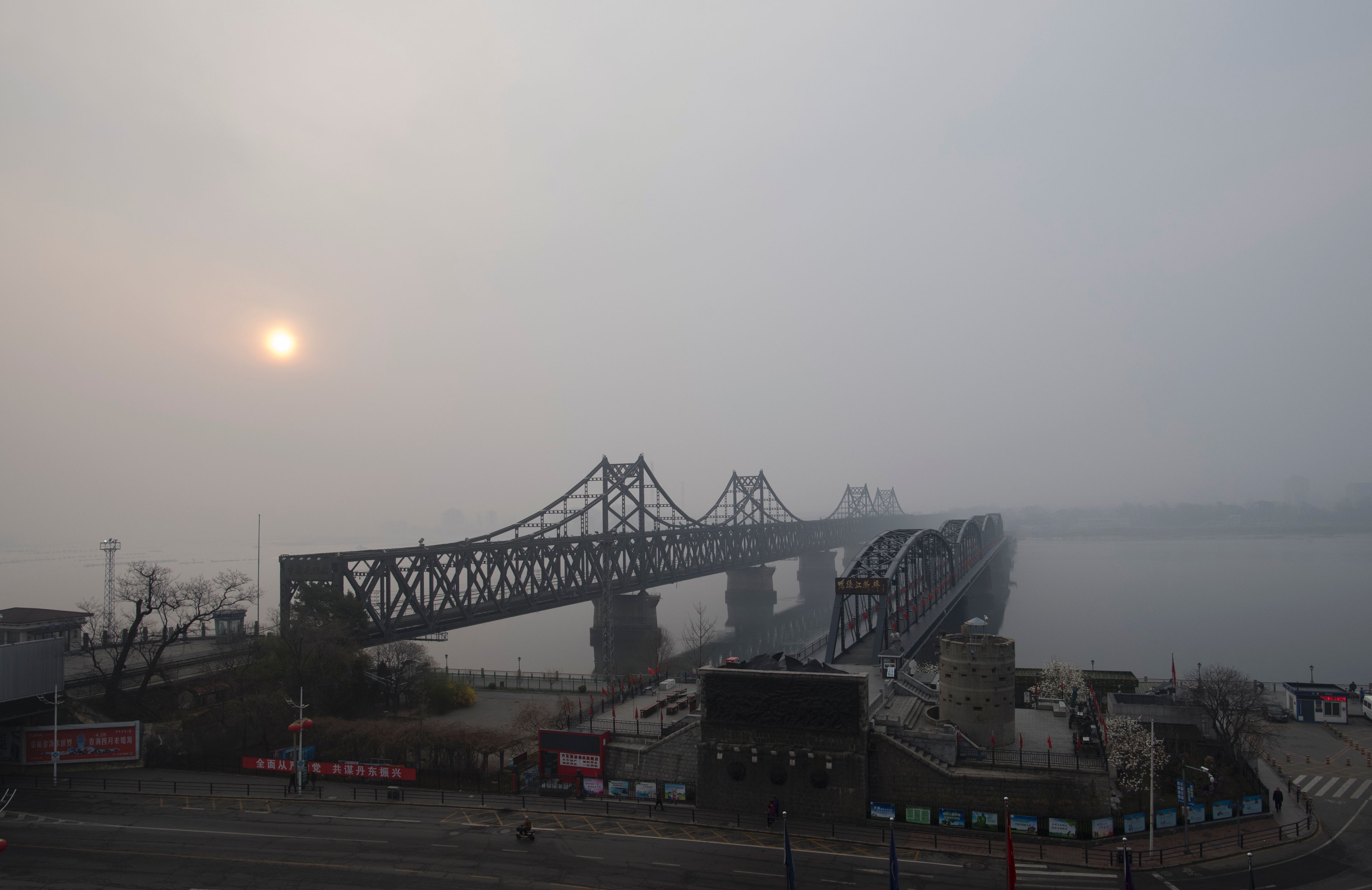 The sun rises over the Friendship bridge on the Yalu River connecting the North Korean town of Sinuiju and Dandong in Chinese border city of Dandong. JOHANNES EISELE/AFP/Getty Images

Of course, China’s not the only country North Korea trades with, but the others pale in comparison. Other top export destinations, after China, include India ($97.8 million), Pakistan ($43.1 million) and Burkina Faso ($32.8 million). In terms of imports, India ($108 million), Russia ($78.3 million and Thailand ($73.8 million) also sell North Korea stuff.

Russia in particular may be beginning to complicate things for U.S. efforts to isolate the regime. While still little, Russian trade with North Korea increased 73 percent over the first two months of 2017 compared with the same period of the previous year. This may be part of a coordinated effort with China to obstruct attempts by the U.S. to pressure North Korea on its military ambitions.

But whereas China is legitimately worried that an economic crisis in North Korea could lead to a flood of refugees or all-out war, Russia likely sees engagement with North Korea in much simpler terms, namely as an additional way to gain geopolitical advantage relative to the U.S.

Greg Wright is an Assistant Professor of Economics at the University of California, Merced. This article was originally published on The Conversation. Read the original article. 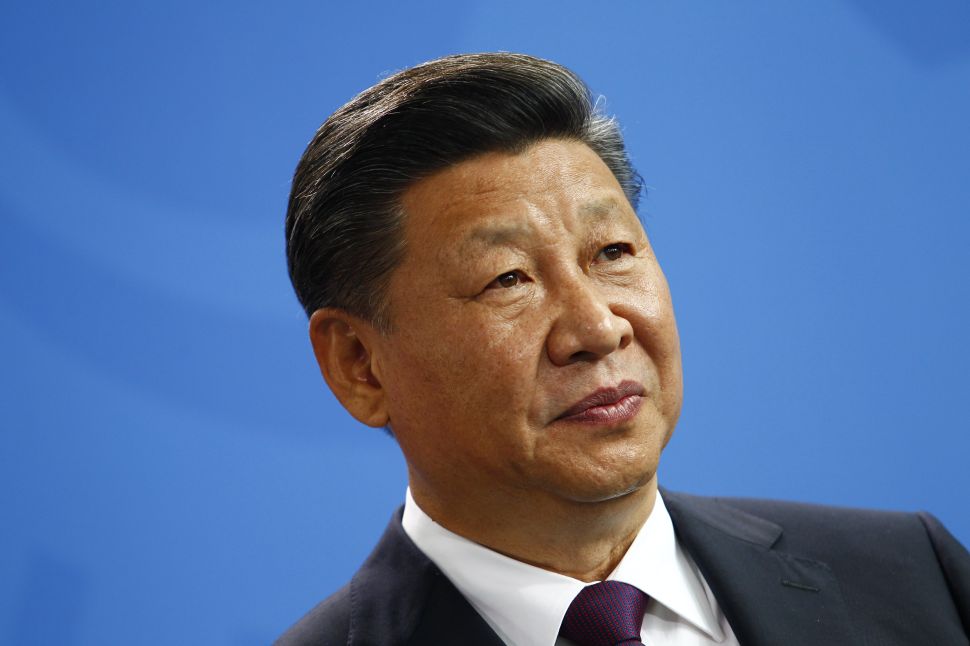