While the budget impasse in New Jersey was cleared last week, it seems that Gov. Chris Christie and Assembly Speaker Vincent Prieto are still at odds.

On Friday, Prieto sent a letter to Christie claiming that the governor should use executive authority to pay workers who had been furloughed during the shutdown, noting that their pay was approved in the previous year’s budget.

Christie responded on Tuesday, claiming that he was “perplexed” the speaker would call upon to governor to use executive authority to pay government. Christie denied the request and claimed that it would be illegal for him to use his authority in that way. In Christie’s letter, the governor suggested that state employees only missed work on July 3 due to an unwillingness from Prieto to post a bill regulating Horizon Blue Cross Blue Shield that Christie had tied to the budget. Christie also said that a “specific legislative appropriation” would be necessary before he could give furloughed workers pay for missed days.

“You could have passed an appropriation bill in a timely manner, you could have included an appropriation for this purpose in the bill you belatedly send to my desk, like the Legislature did in 2006,” said Christie, referring to the last government shutdown. “Instead, you ignored the issue altogether in your budget bill and then send me a letter that erroneously asks me to do something that is unlawful.”

Following the furlough, the state directed New Jersey government employees to file for unemployment benefits for the government shutdown, something that could cut take-home pay for the week.

The state Senate on Thursday will vote on a supplemental appropriation to pay workers who were unable to work during the shutdown. That bill would amend the 2018 appropriation to ensure that those workers be paid.

“Joining the Senate in enacting an appropriation would be the most responsible way to resolve this issue,” Christie wrote. “I look forward to seeing this bill up for a vote in the General Assembly very soon.”

Prieto called Christie’s response “ridiculous,” and said that the governor “clearly has the authority to expend the money from the state budget.” Prieto also blasted Christie for his radio appearances in WFAN, supposedly an “audition” for Christie’s next job.

“I will confer with members and the unions representing state workers on the best next step, including whether that should be legislation,” Prieto said in a statement. “I note that the governor did not mention if he would sign such legislation, not that he can be trusted to keep his word anyway.” 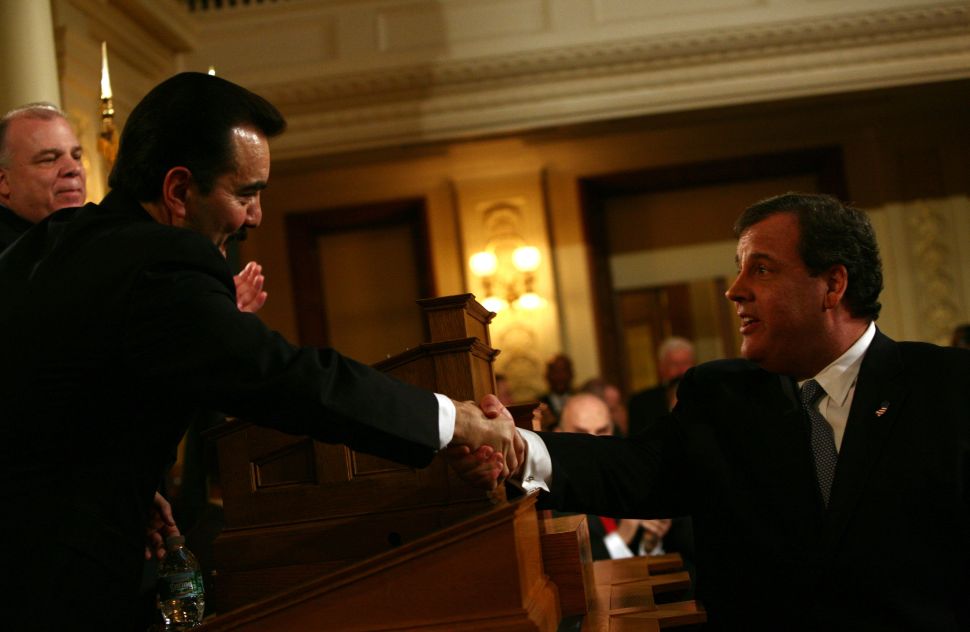