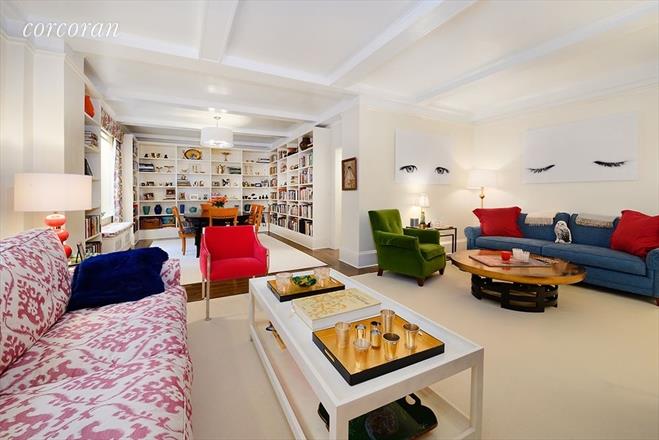 Chris Noth just bought an apartment on the Upper East Side. Scroll through to peek inside the real life Mr. Big's new abode.
Corcoran 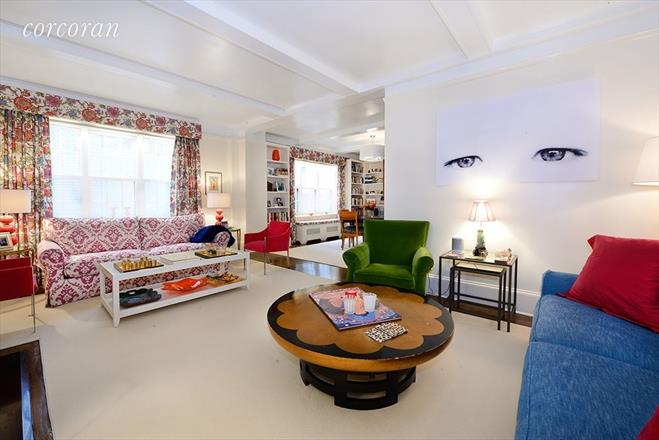 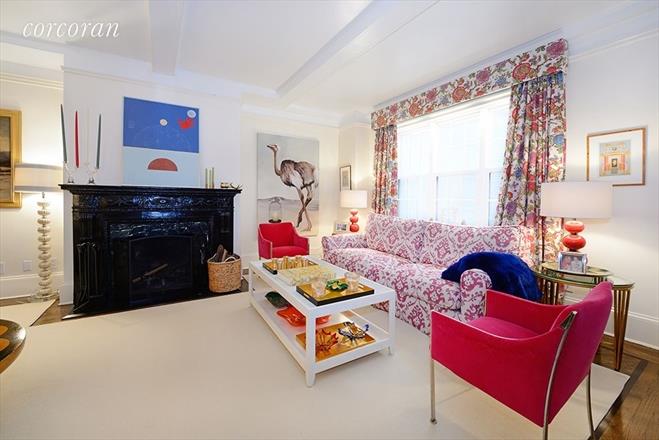 There's a wood-burning fireplace in the living room.
Corcoran 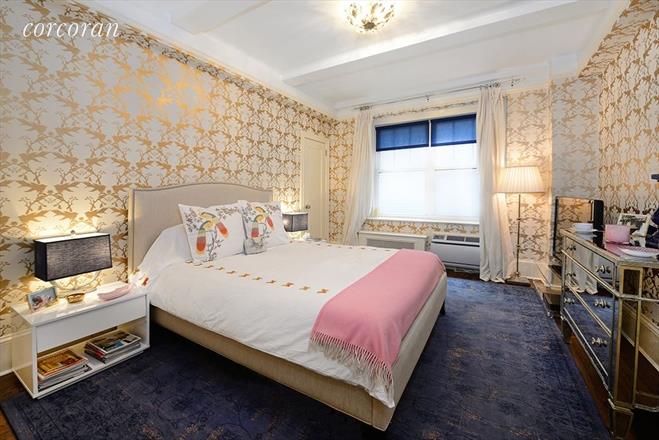 The sellers did not hold back on the use of patterned wallpaper throughout the home.
Corcoran
Advertisement 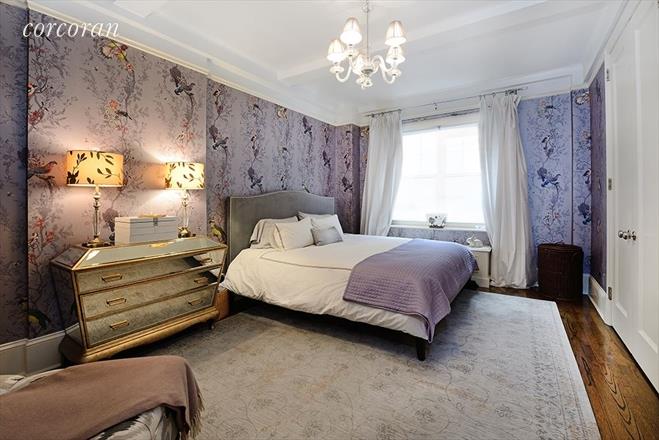 And more wall coverings in an additional bedroom.
Corcoran 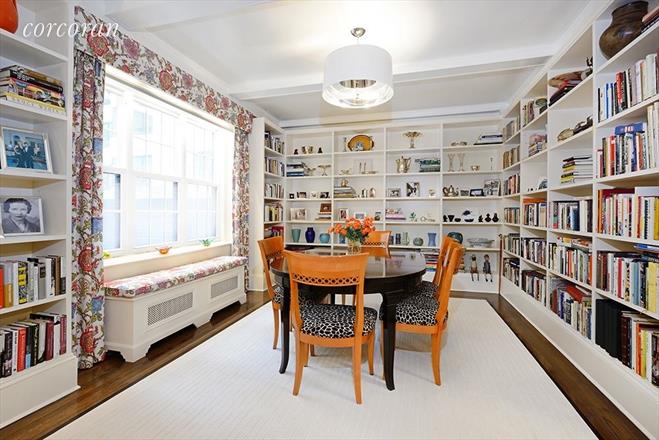 And even more wallpaper!
Corcoran 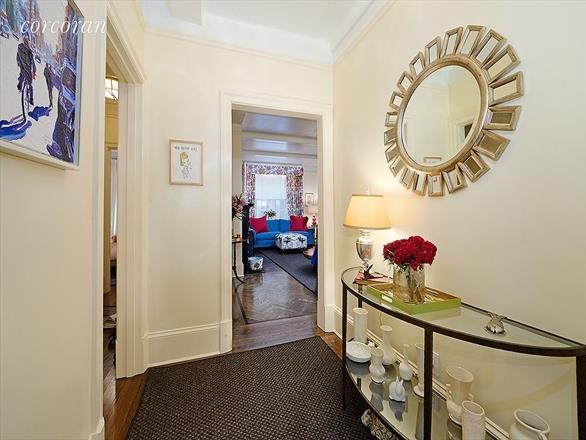 The bedroom wing and public rooms are on separate sides of the apartment.
Corcoran
Advertisement 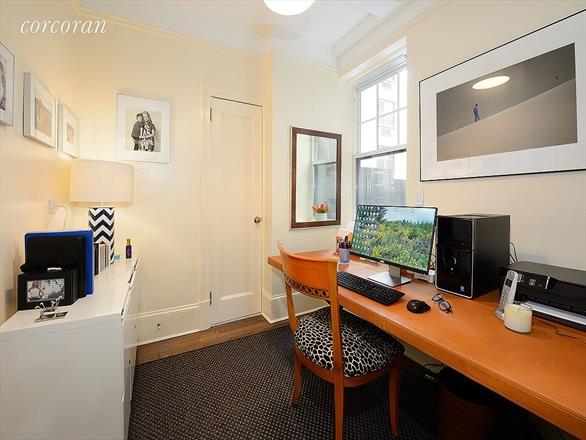 The maid's room is currently in use as a study.
Corcoran 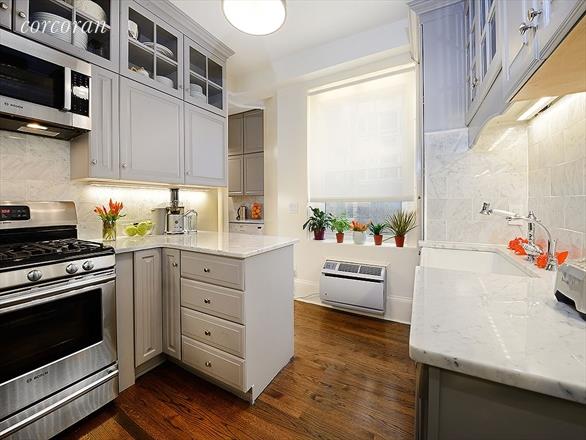 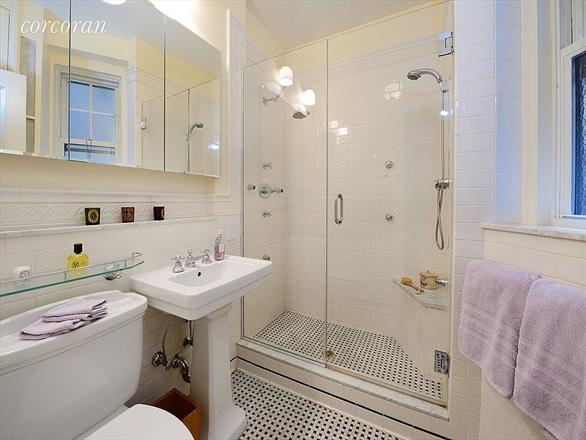 The bathrooms are all marble.
Corcoran 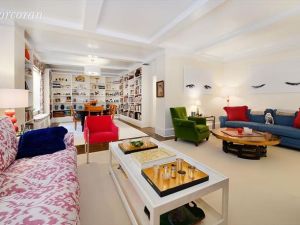 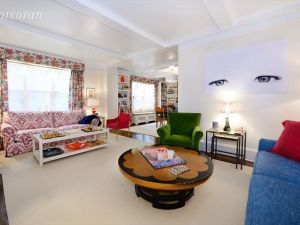 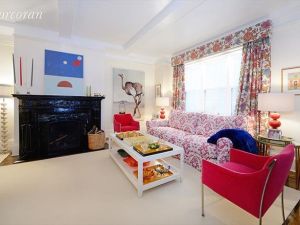 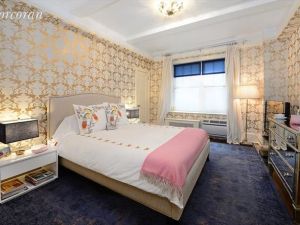 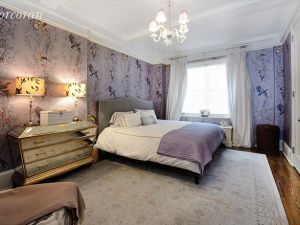 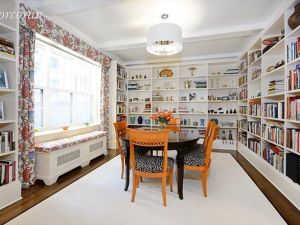 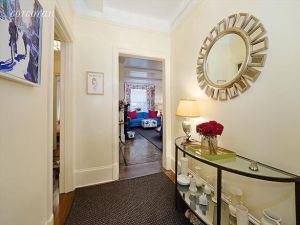 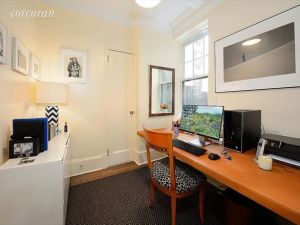 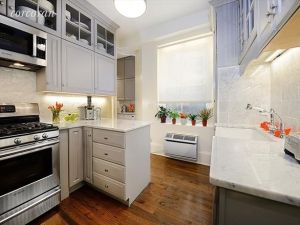 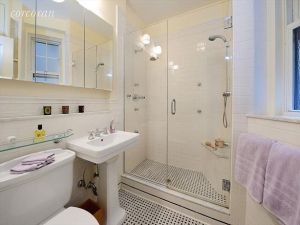 Mr. Big is headed back to the Upper East Side—kind of, anyway.

While Carrie Bradshaw’s apartment on Sex and the City is the one that resulted in the most interest, to the point where avid fans still stop by the West Village townhouse that was used for exterior shots in order to take pictures on the stoop, Mr. Big was the one with the spacious New York abode, despite that mishap with the red wall.

Noth’s newly purchased Upper East Side co-op doesn’t have any red paint at the moment, but it does have a surplus of patterned wallpaper, which we imagine the actor will be removing at some point in the near future.

The prewar Lenox Hill abode is entirely renovated, but there are still traditional details like beamed ceilings, crown moldings and the herringbone floors. The two-bedroom, two-bathroom home has high ceilings and oversized windows, with a “loft-like” layout, says the listing shared by Corcoran brokers Ileana Lopez-Balboa and Deanna Kory.

The bedroom wing is separated from the “formal rooms,” and in addition, there’s a staff room, with a full bathroom, currently configured as a home office.

The windowed kitchen has black granite counters, a butler’s pantry and stainless steel appliances, while all the marble bathrooms have Waterworks fixtures. There’s a wood-burning fireplace in the living room, plus built-in bookshelves and custom closets throughout the co-op.

But we must say, we don’t know how Noth’s new apartment compares to the megamansion his former costar is currently building in the West Village. Indeed, Sarah Jessica Parker and Matthew Broderick spent $34.5 million on two neighboring townhouses last year, which, when combined, could create a 13,900-square-foot home, right on West 11th Street.