I don’t pretend to understand Syria. But this deeply empathetic film from Matthew Heineman (Cartel Land) about the RBSS (Raqqa is Being Slaughtered Silently) resistance fighters helps to connect the dots of that current conflict between Syrian citizens, ISIS and the Assad government. Simultaneously, it makes a deep human connection with these citizen journalists who took up smartphones and social media to combat ISIS infiltration of their once lovely hometown – now a City of Ghosts — on the Euphrates River.

These men – and they are all men – weren’t born radicals as the movie, built on the back of their footage, makes abundantly clear. They were partying college students, married math teachers with awkward dance moves or nerdy budding cinematographers who took to the streets in the Arab spring of 2012 to topple Assad’s repressive regime and document it. But, in the vacuum that followed, black-masked ISIS terrorists, armed to the teeth, entered the city in 2014 in tanks and trucks and grabbed Raqqa for themselves.

Their revealing footage includes shocking images of citizens crucified. These are not re-creations. Perhaps it should shock more. But there is a vernacular matter-of-factness to ski-masked ISIS members raising automatic weapons to the sky, rounding up men in public squares where children once played and lovers flirted, and shooting them without pause or negotiation point-blank in their heads. Boom.

Taken with hidden smartphones and smuggled out of the country to Turkey and Germany where some persecuted members of RBSS have fled under threat of death, these films have the awkward spontaneity of home movies rather than the balletic movements of Kathryn Bigelow’s Zero Dark Thirty. Where do we look? Who are we looking at? What is happening? Is that hooded sack with protruding legs a living man or a corpse? Our shared confusion fuels the terror. Boom.

And then there are the children, seen both sentimentally as one member of the RBSS ruefully celebrates his son’s birth in exile at a foreign hospital, and frighteningly on native soil. In a scene of Pied Piper horror, a prancing ISIS member leads a large flock of skipping kids through a Raqqa street, initiating a sing-song call and response as he leads them on the path to terrorism. There are images of child soldiers here, and the horrifying shot of a cherubic toddler entering a room in full army gear, like a child playing Spider-Man, only to take a large serrated knife and cut the stuffing out of a toy bear in an enthusiastic effort to behead it.

As the movie progresses, and the political situation clarifies, these valiant citizen journalists emerge as individuals, and as an active part of a community that wants freedom despite the high costs. And the costs are clearly high. ISIS has put bounties on the heads of these exiles living in Germany and Turkey where some have fled to preserve the network and distribute the secret dispatches on the ground in Raqqa to the West. In one scene, an RBSS spokesman returns from America to Germany where every time he twists his key in a lock – the outside door, the mailbox, the apartment door – there’s an increasing fear of explosion. In the relief that follows, a sense of borrowed time and battle weariness emerges. In another sequence, a son repeatedly watches footage of his father’s assassination because he wouldn’t reveal his child’s whereabouts. An activist sends a heartfelt FB message to his murdered elder brother – as if lighting a candle.

City of Ghosts gains its power from highlighting the rape of Raqqa as told by men who risked everything to share this news story. But it achieves its humanity by connecting audiences to dynamic Muslim men who reveal so much about themselves in the silence between traumas, warmly greeting each other with affectionate kisses and hugs in sterile safe houses, or line-dancing in an upscale hotel room in a rare moment of triumph and release. 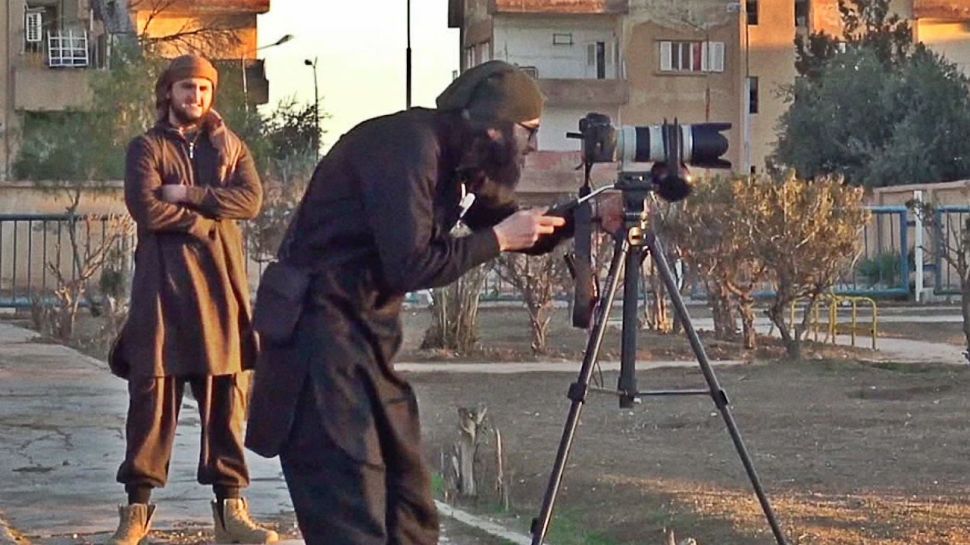