There’s something wonderful about coffee. It has an almost magical quality to it that can transform a cold, dreary winter’s rush to work into a fun morning stroll. The sun seems brighter, the street-puke less disgusting—it even makes the other commuters seem more like human beings and less like fellow Mindless Drones.

The U.S. spends an average of $40 billion a year on coffee which, in all honesty, seems like a tiny amount considering that the average American drinks three cups of coffee per day. That’s about 125 million liters of coffee a year.

But it raises an interesting question: is coffee good for our health? It obviously contains caffeine, which has a number of potential benefits, and it also has some flavanoid compounds that could be good for health as well.

On the other hand, caffeine can be toxic in high doses, and I’ve written before on the issues with adding flavanoids to something that is inherently unhealthy. If it’s unhealthy without flavanoids, the flavanoids probably aren’t going to help all that much.

So, is coffee healthy?

You may have heard of two large, recent studies that looked at exactly that question.

And, like clock work, articles from across the world started screaming about coffee saving your life based on these very two studies. They were almost all wrong.

The two studies looked at a number of factors, one in a large U.S. population and another across a variety of European countries.

To sum up in brief: they were fantastic.

The researchers took truly massive samples of people — one almost 200,000 and the other about 500,000 — and compared their risks of death after taking into account a huge number of counfounding factors. They also looked at the effects of coffee across an enormous range of possible conditions, looking at everything from respiratory disease to suicide over a really impressive period of time.

After taking into account factors like smoking, drinking, weight, wealth, education and more, the scientists found that people who drank more coffee were less likely to die overall. They were also less likely to get any number of serious diseases, although there were a few small inconsistencies — for example, women who drank lots of coffee were more likely to get ovarian cancer.

It’s A Little More Complicated Than That

Before you go and drink your body-weight in coffee*, it turns out that you may have been misled.

These two studies were what is known as observational research. What this means is that the researchers took a group of people and artificially divided them up — in this case by the amount of coffee they drank — and compared these groups on bad outcomes like death.

There’s a problem with observational research. You can’t tell if the thing you’re studying is causing the problems that you are seeing. It’s possible that coffee makes you healthier, but it’s also possible that this is just a correlation. Basically, there could be an underlying cause that makes people both drink more coffee and be healthy without coffee itself conferring a protective effect. For example, baristas could be giving out counselling as well as delicious brown fluid, which means that people who drink coffee would be better off even if it wasn’t actually the coffee that was helping.

It’s a stupid example, but you get the idea.

Now, the researchers controlled for a lot of factors to try and iron out a definitive causative benefit from coffee. And they did a great job. But, to quote one of the study authors:

“This is an observational study, We cannot say, OK, [if] you drink coffee it is going to prolong your life.”

Yep. The article that convinced you to drink coffee? It was wrong.

There are other issues with taking these studies as evidence that coffee is protective for health. As the authors note, there could be some reverse causality — people who are less healthy could self-select and choose to drink less coffee. The amount of coffee that the participants drank was also only based on a single question at the beginning of the study, so it might have changed over the years of the research.

But, honestly, the fact that it’s observational research is enough to know that it’s unlikely to prove that drinking coffee is going to save your life.

So, should you drink coffee?

Drink coffee because it is the best drink that there ever was. Drink it because that pick-me-up first thing in the morning is the only thing way to make the sun shine and the clouds disappear.

Drink it because it is amazing.

But because it’s going to make you healthy? It probably won’t hurt. It might help a little bit. But you’re better off drinking as much as you can and maybe skipping the morning cup of joe.

At the very least your wallet will be in better health.

As ever, the best advice I can give you is to drink and eat food, not too much, mostly plants. Give up smoking. Drink less alcohol.

Follow that simple advice and you’ll save more years of your life than almost anything else you could do.

*Don’t drink your body-weight in coffee because, as I mentioned, caffeine is toxic in high doses and will make your brain die if you drink too much of it. 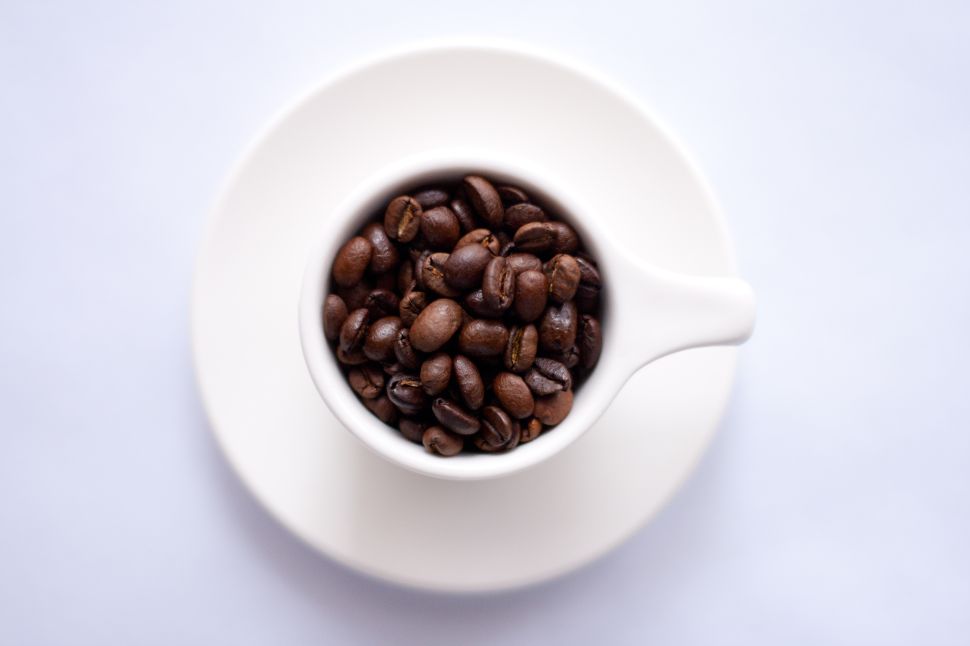