The what is poker, the where is some seedy underground New York City venue and the when is December 2009. The who…we’ll get to that in a moment along with the why. First, the three-card flop hits the table and the mind starts racing with all of the mathematical possibilities. For all of poker’s entropy and chaotic randomness, it’s still a game ruled by probability. Bringing order to this order-less ordeal is a valuable skill in a game in which the field of play changes with each passing turn. Take into account all of the variables, analyze the given data and formulate an adaptable strategy. It almost sounds simple until someone catches a face card on the river.

But that’s how Collin Slattery, 28, survived. He didn’t beat you with his cards when he began playing in underground poker games at 15; he beat you with his mind. And it wasn’t about it his ego, it was about his empty stomach.

“I played to make money, though it was mostly a side hustle,” Slattery told me. That’s quite a part-time gig for a teenager. But when you come from an impoverished single-parent family, you get creative. “For all of poker’s luck, it’s still a game of statistics and skill. It’s data driven.”

Slattery isn’t a Rain Man counting cards or a grifter with an ace up his sleeve. He’s just an intelligent guy with an analytical problem-solving mind. It’s what enabled him to beat seasoned poker vets as a kid and it’s what he hopes will win him the title of Mayor of New York City come November.

Oh, did I forget to mention that Slattery is running for Mayor of NYC? It’s not a joke and it’s not a publicity stunt. He’s really doing it despite his age, despite his lack of political experience and despite the established opposition. Yes, it’s crazy. But sometimes you just have to chase the cards in poker.

“I love New York,” he explained with a smile so wide it looked like the two corners of his mouth were running away from each other. “People usually know within two years of moving here if they’re a lifer. I’m a lifer. We’re at the center of the human world. New York is one of the most diverse cities in America. It can and should be better.”

The need-to-know on Slattery’s professional background is as follows: he’s a progressive democrat who founded the digital marketing firm Taikun and, no, he doesn’t have a lick of political experience. Yes, those are some starry eyes you see in that picture.

But instead of his cards, let’s keep the focus on him.

What kind of player is he?

“I’ve lived in New York for 14 years,” Slattery said. “I’m a terrible golfer but I love the sport. I’m a huge nerd, a hardcore video gamer and a classically trained pianist. I’m all about improving resources and assets as we continue to face the worst economic crisis in generations. I’ve got a communal view of things.”

“I’m a problem solver. I’m someone who collects a big sample of data, compares it to how others have addressed an issue and examine the track record to build a plan. I analyze the data and I make changes.”

What’s he made of?

“My background helped build resilience and independence. It taught me how to deal with hard situations and make tough decisions.”

And tough decisions he has made. In 2009, Slattery was working hard just so he could afford to eat consistently. So hard, in fact, that he caught the attention of the now infamous Martin Shkreli, who offered him a six-figure job opportunity that could evolve into a multimillion-dollar position. Slattery saw the potential fortune on the horizon like he had just been dealt pocket kings, but he also saw that Shkreli was running a fraud.

He folded on a potentially massive pot and not only declined Shkreli’s offer, but also reported him to the SEC. To quote Scent of a Woman, his “soul is intact. It’s non-negotiable.”

The likelihood of Slattery overthrowing Bill de Blasio is about the same as scoring a royal flush. But what Slattery can do is inspire millennials – whom Baby Boomers think of as apathetic and entitled – to get involved. It’s not just a New York thing, it’s a generational thing.

“The responsibility for our future is on our shoulders,” he said of his generation. “We’re going to be in a bad situation if we don’t start acting now. Let’s get things done together…Let’s upset the traditional norms.”

Generation Text can do more than Tweet their displeasure with local, state and federal government. They can help one another pursue the changes they seek. Evan Lorberbaum, a 25-year-old visual artist who goes by the moniker ELO and created the What The NYC campaign, is helping Slattery out with brand and digital strategy. He’s taking his unique experience and non-traditional background and channeling it into a growing street movement. Their grassroots social media campaign – which incorporates art, music, fashion, tech and more – is practically a playbook for any fellow young person who just wants to be heard.

The major players are all in. Their chips are stacked high in the center of the pot and their cards have been flipped. Does Slattery have enough to win the jackpot? It’s unlikely, but the real hope is that some other young up-and-coming card sharks take notice and follow suit.

“We need to do more. We need to be accountable…I’m not going to bullshit you, I’m just going to get things done.” 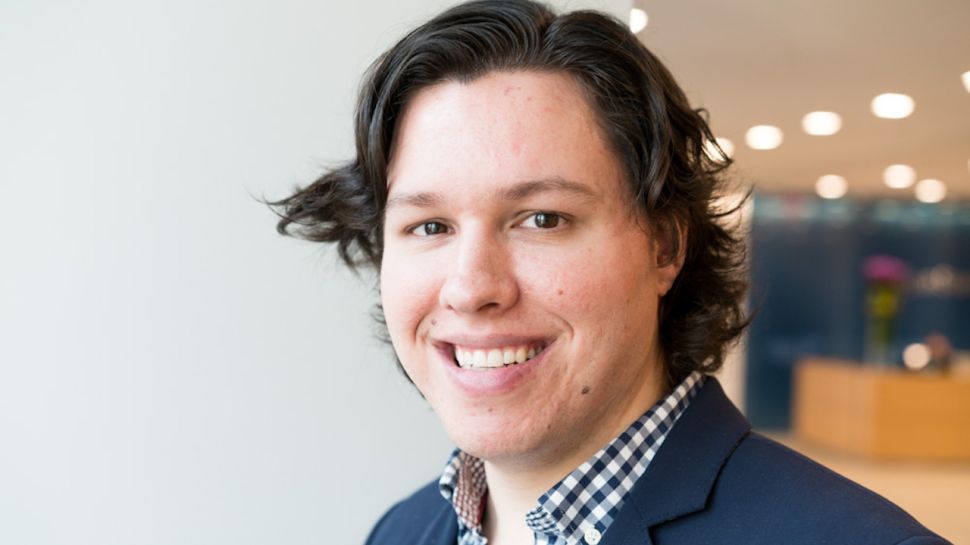