Politico reported on July 25 that a Democratic primary challenger to Congressman Robert Brady in 2012 was paid $90,000 to drop out of the race by Brady’s campaign. A former staffer of the primary challenger, Philadelphia Judge Jimmie Moore, plead guilty in a U.S. District Federal Court for making a false statement in a federal proceeding. The plea deal was sealed as part of a motion to prevent concerns from the U.S. Attorney’s office that Congressman Brady would attempt to try to influence her decision to plead guilty.

The staffer, Rev. Carolyn Cavaness, confessed to falsifying FEC documents to hide that Brady’s campaign paid Moore’s campaign $90,000 to drop out of the race. Some of those funds were noted in the charge to have been used for personal expenses by Moore and Cavaness. “No charges have been announced against Moore or Brady. However, one court filing made public Tuesday indicates prosecutors believe Brady attempted to influence the testimony of at least one witness in the investigation,” added Politico.

The formal charge noted, “From in or around February 2012 to in or around October 2013 , in the Eastern District of Pennsylvania and elsewhere, defendant Carolyn Cavaness, aided and abetted by others, willfully and knowingly falsified, concealed, and covered up, by trick, scheme, or device a material fact, in a matter within the jurisdiction of the FEC, a department or agency of the United States. Specifically, defendant Cavaness conspired to conceal from the FEC three payments totaling $90,000 from the campaign committee of Candidate A to Candidate B to be used in paying Candidate B’s campaign debts in exchange for Candidate B’s agreement to withdraw from the race.”

Cavaness worked as a deputy finance director for Hillary Clinton’s 2008 presidential campaign before she went to work for Moore.

Moore did not respond to Politico‘s requests for comment. Brady told the Philadelphia Inquirer, “That’s five years ago. I don’t remember none of that.” The Philadelphia Inquirer reported that the FBI attempted to speak with Brady’s former treasurer Louis Farinella Jr. before he passed away in April 2017 from renal failure.

Brady has served as chair of the Philadelphia Democratic Party since 1986 and serves on the House Administration Committee, which he chaired for several years.

Brady has represented the first congressional district of Pennsylvania since 1998. He is the most recent Philadelphia Democrat to come under FBI investigation, but the city he represents is plagued by Democratic Party corruption. Last year, Pennsylvania’s second congressional district representative, Congressman Chaka Fattah, was convicted and sentenced to prison for racketeering. Philadelphia’s district attorney opted out of running for re-election this year because he faces an FBI investigation for failing to report gifts and campaign donations. In one of Philadelphia’s state representative seats, the 197th district, the past two representatives were forced to resign due to corruption charges, and the newly elected Democrat is faced with a lawsuit for rigging the election. 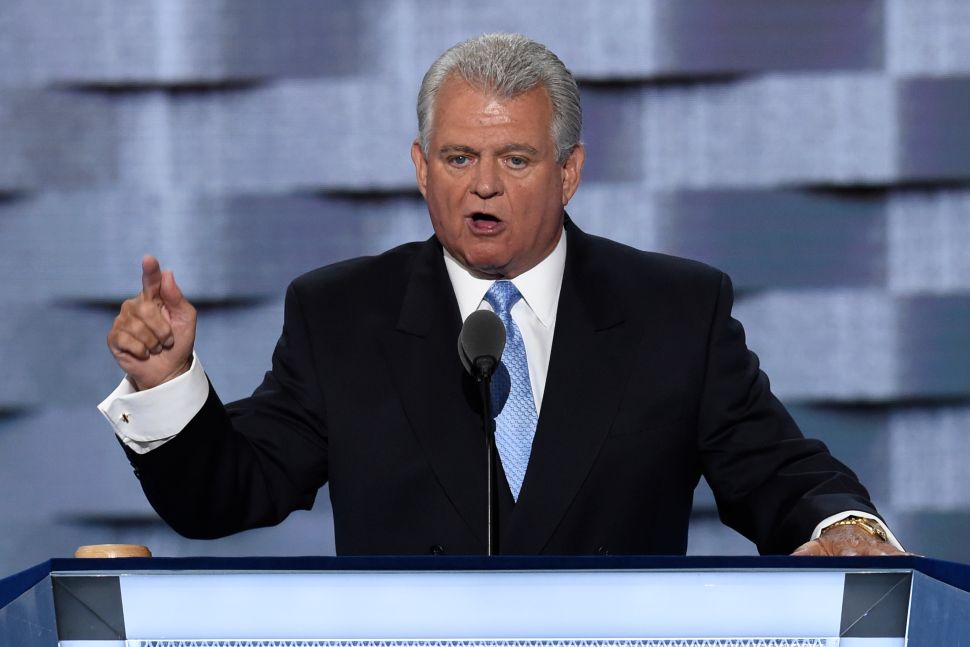