Every successful company must build a stable corporate structure — from gaining funding to establishing an identity and objectives. Each company must find and acquire the right people, eliminate opposition or competition, and train its best workers to become “killer” salespeople.

And while globalization emerged conceptually as early as the Roman Empire, it has become standard practice in the modern era as industries across the globe are integrating. While we tend to think of “going global” as a term applicable only to businesses, terror organizations are, unfortunately, excelling at the very same growth tactics that allow companies to flourish.

How Terror Organizations Market Themselves

These organizations have labeled us in the “West” as their competitors — and defining competitors is an integral part of corporate strategy. Terror groups strategically craft an “us versus them” binary, creating a polarizing fear throughout regions where they have strong footholds. They pervert the religion of Islam to manipulate civilians who can be used as human shields, removing any possible chance of nuanced debate.

No one in the U.S. wants to live under fear of terror attacks. We want to counter violent extremism and terror organizations, but we have been going about our efforts the wrong way. To truly understand violent extremists and come up with an effective counterattack, we must learn how their organizations operate.

We sensationalize violent extremists, talking about how barbaric and violent they are. But the propaganda and marketing materials they produce are largely nonviolent. These groups work intelligently to win their “customers,” so to speak. The violence they deploy is just one of their many ways to compete with other terror groups; it is only a “minor” marketing and recruiting tool. It is also effective because it dehumanizes the people they want to destroy.

And on our side of the struggle, we are continuously appalled and shocked by the violence we see without understanding the “why” behind it. Instead of buying into the propaganda that this is simply the Islamic way of being, we need to understand the intent of the Islamic State when they use shockingly brutal Islamist — not Islamic — tactics.

The Role Of Competition

The Islamic State is competing against hundreds of other organizations. For years, it has been thought that as many as 1,000 opposition groups exist in Syria alone, fighting one another and Bashar al-Assad’s regime.

Violence has become a strategic way to gain attention and distinguish one group from its competition, and particularly shocking forms of violence garner greater media attention. The more terror groups exist in a given area, the likelier it is that the severity of violent attacks will increase accordingly. Even one additional organization in an area increases the odds of more brutal forms of violence by 108 percent.

Groups like the Islamic State and Boko Haram did not inspire extremism: Extremism inspired them. These organizations are simply strategic in their messaging and provide onboarding training for their recruits like any multilevel organization does.

Yet the way we as governments and countering violent extremism (CVE) organizations work to curb their efforts is not equally strategic. Extremist groups have a long-term strategy, whereas CVE organizations usually have short-term goals when it comes to countering their efforts. They may be losing battles or land, but the future of war will be for people, not territory.

As long as these groups are winning people, they are winning the war. Creating fear, hatred, and suspicion toward Muslims in the United States makes it seem as if a crusade against all Muslims exists, which fosters hatred, securitization, and intolerance on both sides.

Extremists have mastered their ability to tap into the grievances of the people they seek to recruit: not enough food, no education, no jobs, and injustice throughout their governments. By tapping into these sentiments and perpetually rebranding (another favorite corporate strategy), there will be an Islamic State 2.0, 3.0, and 4.0. Like companies focusing on gaining market share, terror organizations are focusing on expansion by absorbing competitors and expanding through consolidation.

Factions of Boko Haram and al-Shabab are constantly being absorbed by al-Qaida and the Islamic State, either because of an inability to compete or because sharing resources benefits both groups. And like in any corporate industry, talent moves around, hoping to join the next big thing. Right now, the Islamic State is the big brand in town that everyone wants to join, but once it fractures, many of its followers will move on to the next big group — or even set up their own.

How Extremists Pitch To Their ‘Customers’

While those fighting against the Islamic State have improved at reducing threats for the most part, we need to improve drastically at understanding the motivations and intent behind these groups; especially the people fighting alongside these groups who may not believe in their ideologies. Statistics don’t tell the story behind civilians who fall in with violent extremists — the stories of mothers and fathers who would do anything to feed their children or of children who have been orphaned and have nowhere to turn. The impact of these circumstances is deeper than any statistic could convey.

Once terror organizations have recruited these people with limited options, they diversify just as companies do. They identify markets where they can succeed, seeking out areas marked by power vacuums, vulnerable work forces, or little competition. And they align their messaging so that the jihadi value system resonates with the grievances of the people they recruit.

Great salespeople in the corporate world can identify each customer’s needs and then sell directly to fill those needs. The companies those salespeople represent are conduits for customers to feel fulfilled and feel that their needs are being met. In the same way, charismatic recruiters for extremist groups provide partial or perceived solutions to problems that people in unstable communities face, helping their groups build identities and expand by using the global jihadist movement.

A Culture Of Violence

Recruiters convey the message that they have shared experiences and interests with those they attempt to recruit. But, in reality, people often use shared interests as a ruse to further their own interests. For example, Osama bin Laden always talked about ending global poverty and bringing justice to the world. His message was, “We have to do this together.”

Similarly, companies create their own cultures, missions, and identities. A successful company develops an environment in which people contribute their time and talent because they believe in the company and its ability to take care of them, almost like a family. Most companies know that in order to get employees to work their best, they need to invest in culture.

Violent extremist groups do this, too. And steady news coverage of violence and war — and social media posts that claim to “stand with” whatever city has recently suffered an attack — help them. This constant coverage creates a sense of immediate threat, increasing reports of Islamophobia (especially after Brexit and the U.S. presidential election, in which this fear was used to further political agendas) and incubating a sense of polarization that helps boost radicalization. We actually help legitimize these terror groups by positioning them as major global organizations.

There is no single route to terrorism. Just as in a corporation, members of these organizations have their own motivations and drivers for joining. Some people work for companies because they truly believe in the mission, some are just seeking a sense of identity and belonging, and some people just needed a job. These same factors play a major part in why people align themselves with violent extremists.

Polarizing rhetoric that demonizes anyone involved in these organizations is not the solution. The surest way to combat violent extremists effectively is to learn more about the corporate strategy employed by these groups’ leaders. We must work to increase awareness because the alternative is violence, which only creates room for more violence. Instead, we must reach out to those most vulnerable to exploitation before terror organizations can. That is the surest way to beat out the competition and win.

Mina Chang is CEO of Linking the World, a humanitarian organization working in areas of instability and conflict. 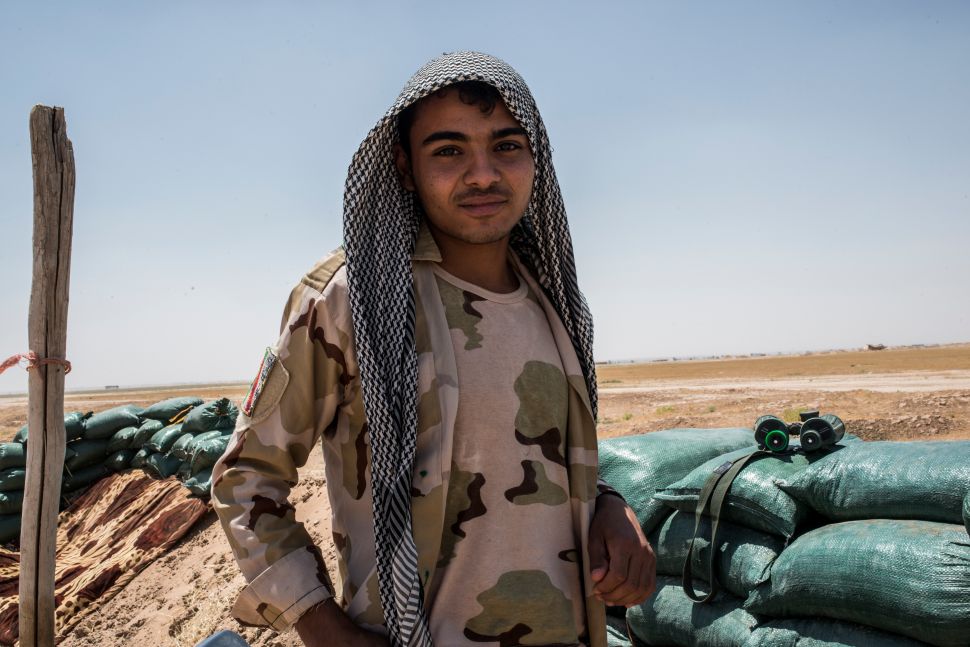