The Daily Caller reported on July 23 that the FBI recently seized smashed hard drives from the home of Congressional IT staffer Imran Awan, a former employee of Congresswoman Debbie Wasserman Schultz who maintains a personal and working relationship her. One year after emails leaked by WikiLeaks lead Wasserman Schultz to resign from her post as DNC chair, her ties to Awan have incorporated her in yet another political scandal.

Awan and four other former congressional IT staffers are being investigated by U.S. Capitol Police and the FBI for “wide-ranging equipment and data theft.” Few details have been released since the investigation was first reported in February 2017, but many have speculated that Wasserman Schultz is involved due to a tense exchange between her and the U.S. Capitol police chief over a laptop from her office being held as evidence. Last week, Wasserman Schultz finally cooperated with authorities to grant them access to a laptop, though it’s uncertain if the laptop in question is the same laptop Wasserman Schultz argued with the U.S. Capitol police chief over. Awan clearly went to great lengths to cover his tracks, but it’s unclear what his motives were.

In the DNC emails released by Wikileaks, DNC staffers brought up Awan in conjunction with Debbie Wasserman Schultz, providing insight into his role: “Pelosi is doing a closed-door meeting. No staff or anyone allowed. Kaitlyn come to Rayburn room and get her iPad for Imran,” reads an email sent in May 2016 with the subject line “DWS Movements.” Another email from Wasserman Schultz’s DNC assistant, Amy Kroll, in May 2016 noted, “I do not have access to her iPad password, but Imran does.” In another email in the same chain, Kroll wrote, “Just spoke to Imran, call me whenever GB and I’ll update you, don’t delete anything yet.”

After resigning in disgrace from the DNC, the investigation into Wasserman Schultz’s former IT aide has further tarnished her reputation. Despite her efforts to revive her image by focusing on Russia’s involvement in the 2016 election, the former DNC chair is still seen as a corrupt, out of touch politician who represents the worst of the Democratic Party. Her continued presence in Democratic leadership impedes the party’s reform and ensures that voters’ lack of trust for Democrats—which stemmed from her leadership at the DNC—remains.

Update: Fox News reporter Chad Pergram reported that Awan was detained on July 24 at Dulles Airport trying to flee the country. He was arraigned and surrendered his passport. 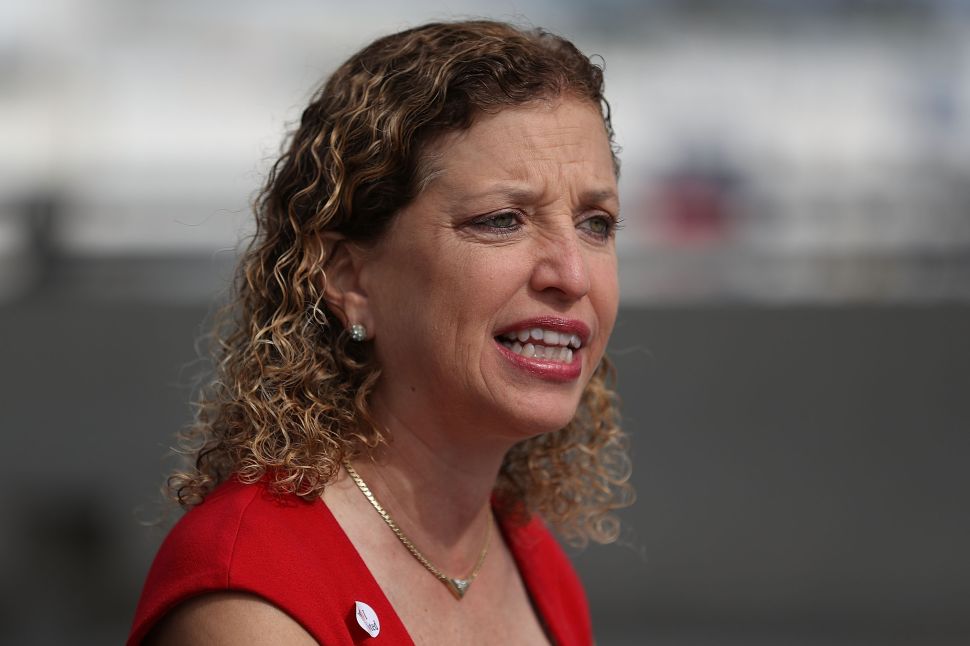