Congressman John Delaney formally announced he is running for the Democratic presidential nomination in 2020 last week, officially becoming the first in what appears to be a broad pool of Democrats hoping to unseat Donald Trump. His campaign has a slim chance of success, reminiscent of former Maryland Gov. Martin O’Malley’s bid in 2016, which ended in embarrassment after an abysmal performance in Iowa, the first state to vote in the primaries. While Delaney is even further to the right than Hillary Clinton, his estimated net worth of $90 million allows him to gain an edge despite voters’ lack of interest. His pro-TPP, pro-big bank record is at odds with the interests of the Democratic Party’s base. Worse yet, he provides no enthusiasm to counter the apathy Democrats have inspired in voters over the past decade.

Delaney is likely one of many billionaires and celebrities who view Trump’s presidency as emblematic of a new trend of the rich and famous attaining higher office. Kid Rock, the Rock, Mark Cuban, Mark Zuckerberg and more have been cited as potential candidates. “Our government is hamstrung by excessive partisanship,” wrote Delaney in a Washington Post op-ed announcing his presidential bid. “As a progressive businessman, I’ve made it a priority to be solutions-oriented and have been consistently recognized as one of the most innovative and bipartisan members of Congress.” Delaney’s usage of the contradicting term “progressive businessman” reveals his out of touch view that a conservative with liberal stances on social issues is the antidote to Trump and the Republican Party.

Democrats thought they would easily beat Trump in 2016, and Delaney’s bid represents the attitude that moderate Democrats with no real reason to run are going to jump in the race because they think it will be easy to beat Trump. Whoever runs and becomes the Democratic nominee for president should heed the advice of Rolling Stone‘s Hunter S. Thompson after Democratic presidential candidate George McGovern lost to unpopular President Richard Nixon in 1972: “Any incumbent is unbeatable, except in a time of mushrooming national crisis or a scandal so heinous—and with such obvious roots to the White House—as to pose a clear and present danger to the financial security and/or physical safety of millions of voters in every corner of the country.” He added, “Liberalism itself has failed, and for a pretty good reason. It has been too often compromised by the people who represented it.” These notions ring more true today than ever before; Trump is farther to the right than Nixon, and the political climate is much more receptive to progressivism and political outsiders.

Delaney and Democrats like him don’t offer a solution. In their quest to cultivate the image of a progressive who has the business acumen of a multi-millionaire, they fail to inspire enthusiasm. This strategy of moderating to win was a hallmark of the Obama era, and it led to the devastation of the Democratic Party.

Democratic voters have consistently rejected moderation over the past decade, despite the party establishment’s constant efforts to make it work. Presidential candidates like Delaney who embody this failed strategy dilute the discourse needed to propel Democrats forward and serve as a reminder to voters that the Democratic Party stands for the status quo. Democrats need new leaders, a bolder vision, and to embrace a progressive agenda that focuses on solutions for issues facing working, middle class, and low income voters. Establishment politics doesn’t hold the answers. 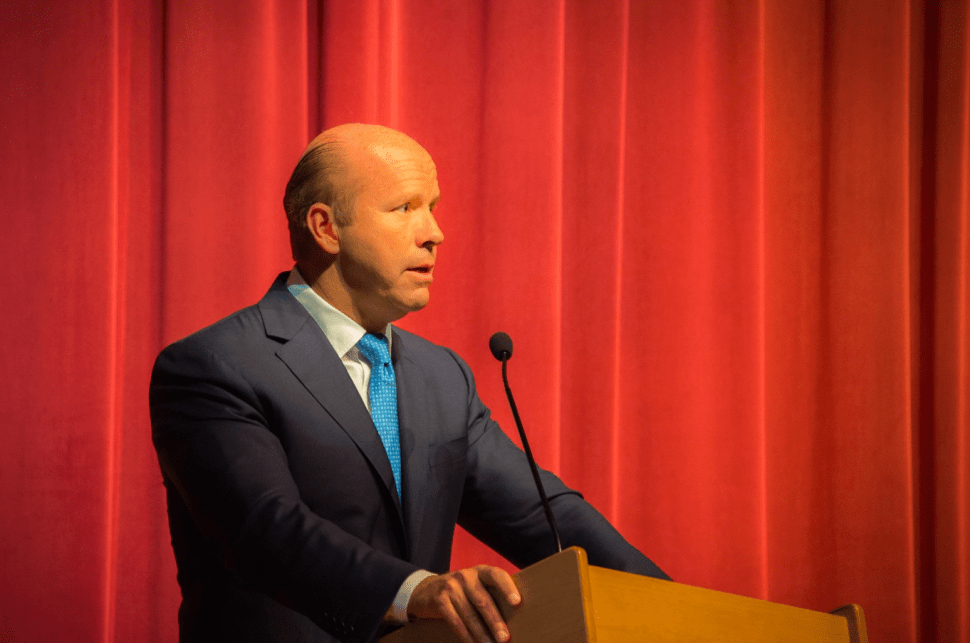