In May 2017, the Democratic National Committee (DNC) posted its worst fundraising month since 2003, and April 2017 was its worst since 2009. Its abysmal fundraising turnout has continued into June, during which it only raised $5.5 million and added $200,000 to the organization’s debt of $3.3 million. The DNC has $7.5 million in cash on hand. For comparison, the Republican National Committee (RNC) has over $44 million and no debt. The DNC’s lack of cash doesn’t bode well for Democrats hoping to recoup their losses in 2018.

While the DNC has repelled progressives, voters, and even the wealthy donors that new DNC Chair Tom Perez was instilled to appease, the Democratic Congressional Campaign Committee (DCCC) is abandoning progressives to shift the party further to the right. The DCCC received criticism for pouring funds and resources into Georgia special election congressional candidate Jon Ossoff while ignoring Bernie Sanders-backed candidates in special elections in Montana and Kansas. Ossoff’s campaign received over $23 million in campaign funds, making it the most expensive congressional election in history. His election was supposed to prove that fiscally conservative neo-liberals running in wealthy suburbs was the key to Democrats’ recovery. Even though Ossoff came up short, the DCCC is doubling down on running Republican-lite candidates.

IBTimes reported on July 20, “To the scorn of progressives, Democrats trying to win back the U.S. House next year are relying on the conservative wing of the party. The Democratic Congressional Campaign Committee (DCCC), the House’s primary campaign group, is coordinating with the Blue Dog Coalition, a group of 18 moderate Democrats that has shriveled in numbers and power in recent years, Bloomberg reported Monday.” The Blue Dog Coalition and the DCCC have widely favored courting Wall Street donors and appeasing them by propping up candidates who don’t engage in rhetoric perceived as anti-Wall Street. By relying on moderate candidates, the DCCC is doubling down the faction that ran the party into the ground during the Obama administration.

“These people are the absolute last ones the Democrats need. Not only have the tectonic plates of politics fundamentally shifted from 2008, when the Blue Dogs peaked, the caucus’ ideology is bad and political poison,” wrote Ryan Cooper in an op-ed for The Week. “It may still be possible to win a race or two with a Blue Dog candidate. But their knee-jerk fiscal conservatism during a huge recession was politically catastrophic for the party as a whole (in addition to being stunningly economically illiterate).”

The enthusiasm and energy within the Democratic Party is with the progressive wing, which champions policies like Medicare for All. The Democratic establishment resists progressives, and their failure to harness their energy ultimately benefits Trump and the Republican Party. Democrats have provided a pathetic opposition to Trump and Republicans so far, and it’s likely these weaknesses will translate into losses come election season.

Steven Thrasher explained how Democrats have built the foundation for this weak opposition in a recent op-ed in The Guardian, “The DNC’s inability to be an effective opposition party has been almost a decade in the making, exacerbated by their loss of over 900 legislative seats since Obama took office in 2009; Obama’s failure to prosecute Wall Street bankers after they stole nearly half the black wealth in the country; the party’s failure to develop an economic vision that was little more than Republican Lite (or, as Obama put it, 1980s moderate Republicanism); and, unfairly helping Hillary Clinton during the 2016 primaries, even though Bernie Sanders consistently polled better than Clinton and the political winds (fanned by Occupy Wall Street and Black Lives Matter) have clearly moved on from neoliberal Clintonomics.” Rather than harness progressives’ enthusiasm, which has gained strength with Bernie Sanders polling as the most popular politician in the country, Democrats—to their detriment—are trying to revive past ideologies and strategies. 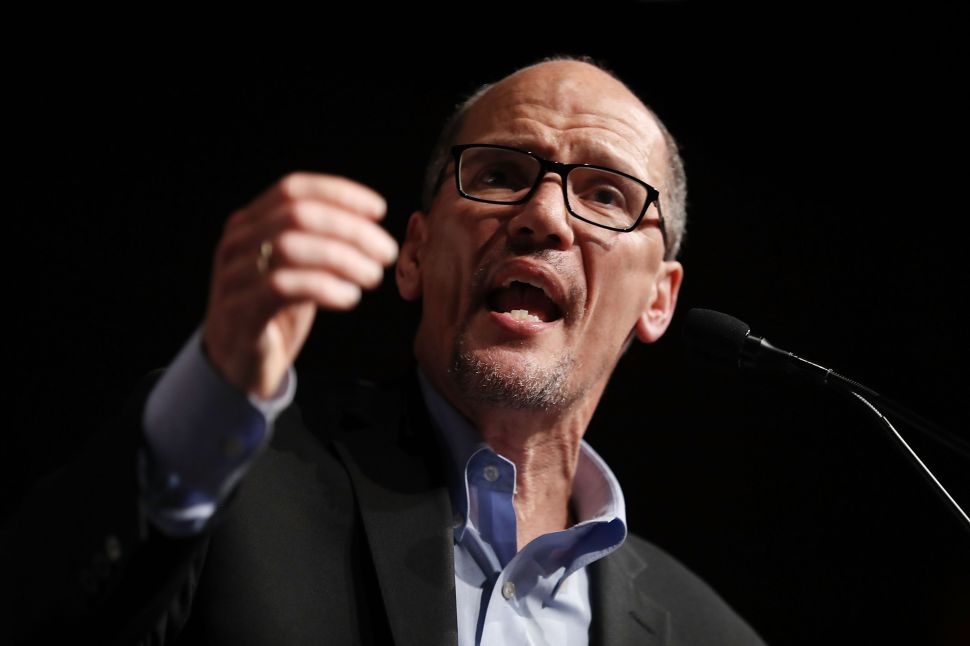