The Dow Jones and NASDAQ are at record highs. The Islamic State has been ejected from Mosul, Iraq, and is on the ropes in Raqqa, Syria. Yet, all is not well in America. To paraphrase Shakespeare, something is indeed very rotten.

Stage center is the explosive controversy and striking evidence of collusion with Russians on the parts of Donald Trump Jr., Jared Kushner and former Trump Campaign Manager Peter Manafort. The Trump family is being pummeled from all directions for the bungled manner in which it has prevaricated, evaded and lied about contacts with Russia. Conceivably, this conduct could lead to criminal charges against the president’s aides and family for breaking electoral and possibly other laws.

Beyond the White House’s current afflictions, America no longer appears to be a serious country despite its vast economic and military power. Congress seems incapable of passing sensible legislation not only on health care but on a budget, debt ceiling, jobs and buttressing up the economy.

Even the weather has turned against us. Scorching heat persists across the nation and forest fires have become far too common in the West. The president’s agenda and most recent trip to France to celebrate Bastille Day last week have become mother loads for late night comics. And Alec Baldwin and Melissa McCarthy have been nominated for top awards for their portrayals of the president and White House Press Secretary Sean Spicer, respectively.

Abroad, Secretary of State Rex Tillerson has thus far been unable to broker peace in the Gulf between Qatar and four other neighboring states who have imposed an embargo on the gas-rich but tiny country. Soon, Russia will flex its military muscles with massive war games called Zapad 17 (Zapad means “west” in Russian) in which at least 100,000 troops will try to intimidate and impress on-lookers worldwide. And, of course, Syria and Afghanistan remain engulfed in violence.

In fairness, history is almost always forgotten. Recall the first six months of Bill Clinton’s administration. His first directive was to integrate homosexuals openly into the military. Neither the nation nor the Pentagon was ready for that step, and Clinton was humiliated. Fortunately, in the space of a decade, the social views of America have changed dramatically.

The White House was buffeted by nonstop crises: The suicide of White House aide Vince Foster was falsely called a murder; the White House travel office was filled with political appointees, and the scandal was called Travelgate; Bill and Hillary were accused of financial wrongdoings with a land deal called Whitewater; Hillary’s work at the Rose Law Firm in Little Rock when Bill was governor was called into question; and the first lady’s effort to fix health care imploded because it was handled incompetently and secretively. All this was before Monica.

Clinton not only survived; he was re-elected and of course impeached but not convicted for “high crimes and misdemeanors,” namely lying under oath about his affair with Monica Lewinsky. There are certain similarities between Trump’s and Clinton’s first few months in office and one huge difference.

Clinton and Trump, as well as George W. Bush and Barack Obama, simply were unready, unprepared and initially unfit for the presidency. As John F. Kennedy observed, “There is no school for presidents.” He presided over the Bay of Pigs disaster and then the Vienna Conference with Russian leader Nikita Khrushchev that likewise did not go well. Unfortunately, the Constitution does not specify judgment, experience or wisdom as requirements for the presidency, and that will not change.

The biggest difference is that while Clinton’s problems were severe and threatened his presidency, they were domestic with no real foreign policy implications. In large part this was because the Cold War just ended and George H. W. Bush had ejected Saddam Hussein from Kuwait in a display of American military superiority. Today, the 21st century is far different. Trump has none of the advantages Clinton had.

Only two choices are predictable. Either the administration will learn or it will not. If it is the former, then as Clinton recovered so will Trump. If it is the latter, America will be in for a very rough ride. Much more could go very wrong. 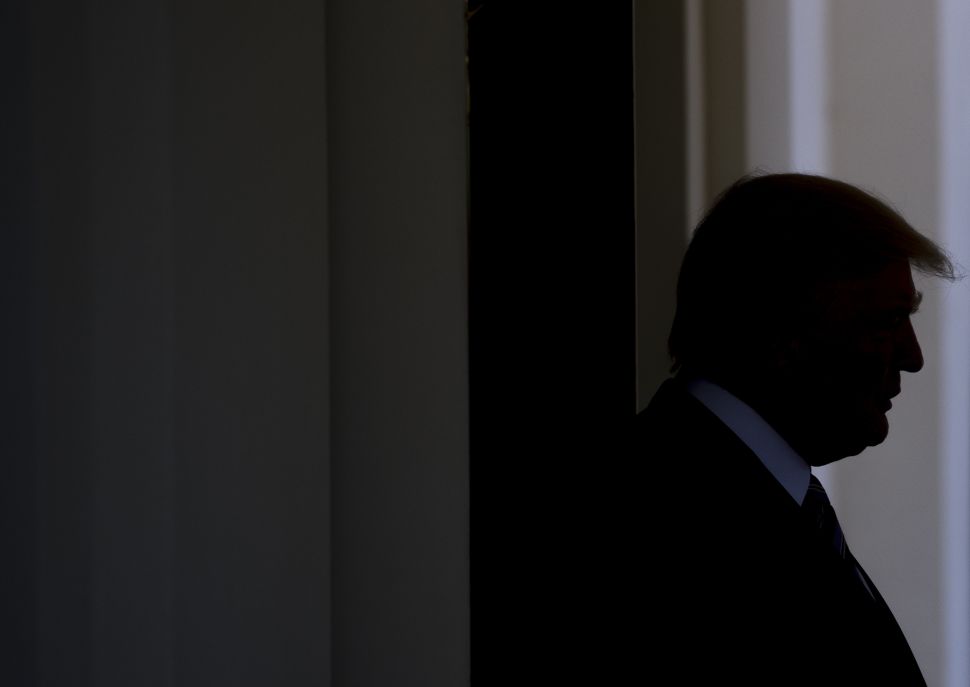