After months of speculation about the relationship between President Donald Trump’s 2016 campaign and Vladimir Putin’s Kremlin, hard evidence has at last emerged which is deeply damaging to the White House. This represents a turning point in the ever-more-complex saga of what I’ve termed KremlinGate, and how the Trump White House handles the revelation will determine its future—if it even has one.

This comes on the heels of the president’s sidebar one-on-one meeting with his Russian counterpart last weekend at the G20 summit in Hamburg, Germany. Despite the fact that—as I recently noted—a meeting with the Kremlin leader (when the U.S. Intelligence Community says his spy services helped elect Trump last year) would seem to be the very last thing any sensible administration would want, Trump went ahead with it.

The meeting itself was awkwardly long, and afterwards neither side could agree on what was said. At a minimum, Trump allowed Putin to appear as his equal (and perhaps more, to examine the body language on display) and proceeded to go along with the Kremlin line that Russian intelligence played no nefarious role in keeping Hillary Clinton from the White House. That is dismissed as blatant deception by our spy agencies, yet appears to be accepted by Trump and his minions, extensive intelligence evidence to the contrary.

To make matters worse, once he was home, Trump fired off numerous combative tweets about his relationship with Putin, including the stunning idea that he and the Kremlin boss had discussed setting up a joint cybersecurity unit with Moscow to ensure the integrity of future elections. This, simply put, was the most shocking policy suggestion uttered by any American president in my lifetime—and quite possibly ever.

To get this straight: Trump wanted to share American cyber-secrets with the country whose spy services illegally and clandestinely helped put him in the White House, and which continue to cyber-pillage our government and economy right now, in real time.

Needless to add, this suggestion—which was quickly compared to establishing a joint counterterrorism unit with the Islamic State—was met with outrage and ridicule, including from prominent Republicans. As a result, the president backed off on Twitter once it became evident he had mishandled the matter. Nevertheless, the proposed joint cybersecurity initiative with Moscow stands as a telling example of the fact that Trump either has no idea that Russia represents a serious threat to our national security—or he simply doesn’t care.

Subsequent Twitter admissions from the president add to such questions. Trump admitted that he had discussed the ongoing (highly classified) counterintelligence investigation of Russia’s 2016 hacking of the Democrats with Putin and his entourage—who are the very subjects of that investigation. At this point, Trump is either broadcasting his once-secret relationship with the Kremlin or he may not be in his right mind. It’s difficult to find a third possibility to explain such unprecedentedly bizarre behavior by America’s commander-in-chief.

As if all this weren’t enough, The New York Times then broke the story that, on June 9, 2016, shortly after the president had clinched the Republican nomination for the presidency, Donald Trump, Jr. and other key members of Trump’s inner circle met in New York City with a prominent Kremlin-connected Russian lawyer, ostensibly to discuss adoptions!

This flies in the face of repeated denials from the president and his inner circle—to include Don Jr.—that they had contact with Russians during last year’s campaign. It’s difficult to imagine that, at the height of said campaign, key members of Team Trump had time to chat about adoptions. It’s even more difficult to imagine that’s what they really discussed.

The lawyer in question, Nataliya Veselnitskaya, has an unsavory reputation for her links to Putin, particularly regarding efforts to get Western sanctions lifted off the ailing Russian economy. Her ties to Moscow’s spy services are hardly a secret either, per the observation of Bill Browder, one of the top Western whistleblowers about the official crime and corruption which underpin Putinism: “There’s no mystery about her background,” he stated about Veselnitskaya, adding, “I’d be surprised that anyone who had done due diligence would have agreed to meet her, considering her sketchy CV.”

Now, Veselnitskaya has ritually denied her Kremlin connections, as is de rigueur among Putin’s friends and associates. “Never believe anything until the Kremlin denies it” is a venerable old wag among Russia-watchers with good reason. However, what’s far more important is the revelation that Don Jr. and company wanted to meet with her precisely because they knew of her official ties in Moscow.

A follow-on report by the Times, which can be fairly termed a bombshell, makes clear that Team Trump sought to parley with Veselnitskaya because they believed she had incriminating information about Hillary’s Clinton’s ties to the Kremlin. They wanted what the Russian call kompromat on the Democrats—precisely what Russian hackers were in the process of stealing. It’s not difficult to imagine why Team Trump, which was grappling with its own allegations of unsavory ties to Putin, would want to counter those with information showing that Team Hillary, too, was in bed with the Kremlin.

However, Veselnitskaya reportedly brought no such gifts to the meeting, and the president’s firstborn was disappointed about the lack of kompromat after he had expressed his “love” for potentially damaging information about Hillary, according to the Times.

Now, in a truly shocking turn of events, Don Jr. has released several emails via Twitter about the background of that June 9, 2016 meeting. He did so after the Times, which had them already, asked for his comments. In the email chain, Don Jr. makes his position indelibly clear on the meeting proposed by Rob Goldstone, a shady publicist with Kremlin clients, who said the get-together was part of “Russia and its government’s support for Mr. Trump.”

Goldstone promised that the “Russian government attorney”—that’s Veselnitskaya—would deliver “very high level and sensitive information” from Russian prosecutors, including “some official documents and information that would incriminate Hillary and her dealings with Russia.” To anybody sentient, that’s a promise of intelligence information about Hillary from Russian spy agencies, to be delivered through a trusted Kremlin intermediary.

There have been no denials from the Trump camp of the veracity of this account—after all, Don Jr. is the source of these emails. However, White House spokespeople are already explaining that “everybody does it” and, really, it’s no big deal to talk to Russians anyway. Besides, they note, no secret information changed hands: Veselnitskaya didn’t deliver the promised goods.

But the meeting—which was knowingly arranged with a representative of Putin’s government—may have violated a raft of Federal laws, which makes Don Jr.’s public admission of his culpability so stunning. Moreover, that no kompromat was traded makes little difference here. You don’t have to commit the crime to get arrested for it; planning and attempting to do so can be enough to get arrested—as any viewer of NBC’s popular reality show To Catch a Predator knows.

What happens next is anybody’s guess. Congress is already making noise about getting Don Jr. to testify about his now-infamous meeting. It’s telling that the president, who loves to taunt enemies with his tweets, so far has been silent on Twitter about his son’s growing legal problem. Trump’s silence here appears highly revealing, and is perhaps an indication of the panic which has descended on the White House in recent days.

A siege mentality has set in on the West Wing, according to press reports, and nobody is eager to take the fall for Don Jr., who is disliked by most White House staffers, who view him as a dangerous buffoon. It’s difficult to spin the debacle he created here as anything but utterly disastrous for the Trump administration.

The key question lingering, of course, is: What did the president know and when did he know it?—to cite the legendary Watergate line. If Trump was aware of the June 9, 2016 meeting, he too may be in grave legal jeopardy.

Regardless, months of lies from Team Trump, their repeated, flat-out denials of any links to Moscow, have been exploded by Don Jr.’s public admission. In the middle of last year’s campaign, members of the president’s inner circle wanted Moscow’s kompromat on Hillary Clinton, a fact which amounts to witting collusion with hostile foreign intelligence.

This is a game-changer for the KremlinGate inquiry and, while it’s not the beginning of the end by any means—this is such a complex case that it will likely take Special Counsel Bob Mueller and his platoons of seasoned investigators years to unravel it all—it appears to be, as Winston Churchill famously said of British victory at El Alamein in the fall of 1942, the end of the beginning. 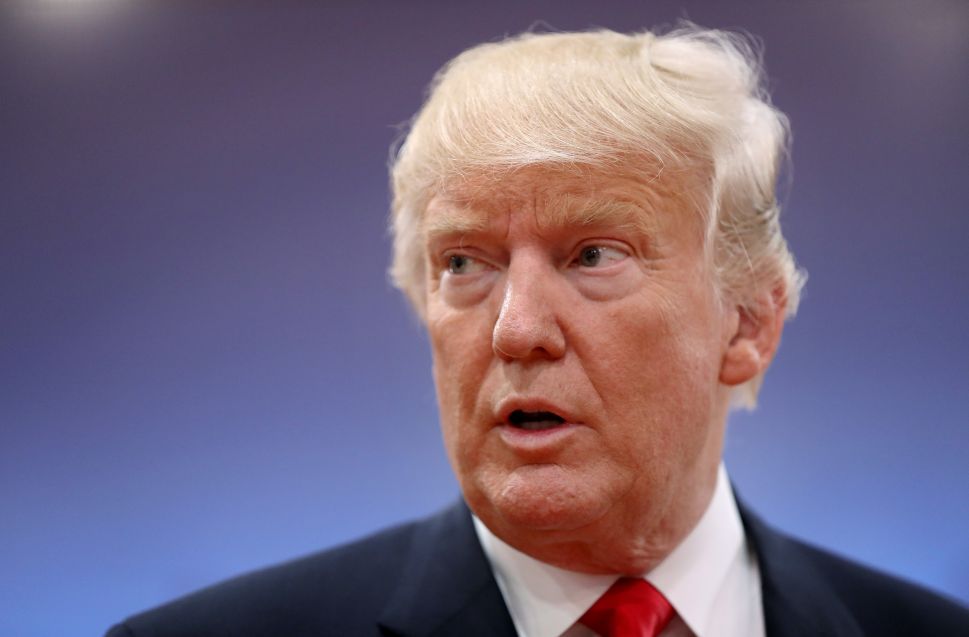