The decision by President Donald Trump to ban transgender Americans from military service is a mistake in regards to civil rights and military policy. It comes at a challenging moment for America in a dangerous world.

Regarding civil rights, every American who is qualified and able to serve in our military should be permitted to do so. The criteria for military service should be interest in serving, capability, and the moral patriotism of seeking to defend our country and our people from foreign enemies.

Race, religion, gender, ethnicity and whether one is gay, straight or transgender should not disqualify any American who wants to serve. Our military needs every soldier, sailor, airman and Marine it can get.

As a matter of military policy, our country faces major challenges in the world, many of which involve difficult and complicated issues. Our military personnel is stretched thin, especially from on-going conflicts that arose as a result of September 11, 2001.

Whether one agrees or disagrees with various policies regarding the Iraq and Afghanistan wars, the need to defeat and destroy terrorists who threaten us is universally accepted. To that point, there is no substitute for an adequately staffed military.

Even though Trump said he consulted military leaders and experts on the issue, in my considerable experience with military policy, most commanders believe their forces need a full complement of troops. Few commanders are focused on which individuals and groups should be disqualified to serve.

Secretary of Defense and retired Marine Corps General James Mattis recently began a 6-month review of the transgender policy. This review should continue, reach a conclusion, and offer a comprehensive recommendation for the president to consider before the ban announced by the president is put into effect. The Senate Armed Services Committee, which is chaired by Sen. John McCain, should work with Mattis to prepare options based on the conclusion of his policy review before the president’s ban is put into effect.

To be sure, there are military leaders with different points of view on the matter of transgender service, but their overriding concerns are having a sufficient number of troops who enlist and are well-trained for the missions and the policies that govern the military’s role in the world.

Consider two fundamental challenges to American security and our military: North Korea, which is developing nuclear weapons to attack America, and the long-term problems surrounding the war in Afghanistan, which was once a training ground for terrorists.

While I have been critical of Trump on a range of matters, as a relatively new president I would not criticize him for these trouble spots. These are hard and intractable problems. While Trump should not be faulted for not solving these problems during his first months in office, he will soon own them as commander in chief.

Regarding North Korea, American policy must not accept the acquisition by North Korea of nuclear weapons capable of attacking our shores, and we must maintain our defense of South Korea.

Regarding Afghanistan, which is now under policy review by the Trump administration, the mission will require substantial reforms by the government of Afghanistan to end corruption. It will also require participation by American troops.

Both of these missions—and others—will require the strongest, most capable and best trained contingent of American troops for deterrence, training, and if necessary combat at a time when our troop levels are under pressure from missions that began in 2001.

While a transgender ban will not affect large numbers of overall troops, the participation of trained transgender troops who desire to serve will strengthen our capability to successfully complete key missions, and a policy to prevent their service will create division and lessen our capability of achieving important military and foreign policy goals.

I suspect Trump is banning transgenders from service to please some on the right who are unhappy with him on issues such as his intense criticism of Attorney General Jeff Sessions, who they strongly support. This is politically understandable but militarily unwise and counter-productive to our efforts to address dangerous challenges from hostile forces in the world.

Hopefully, Trump will postpone the transgender ban, wait for the Department of Defense review to conclude, work with McCain and the Armed Services Committee, and then make a final decision.

Brent Budowsky formerly served as policy aide to Sen. Lloyd Bentsen (D-Tex) and Legislative Director to Rep. Bill Alexander (D-Ark.), then Chief Deputy Majority Whip. He holds a law degree from Catholic University, and an LL.M. degree from the London School of Economics. He writes a weekly column for The Hill. 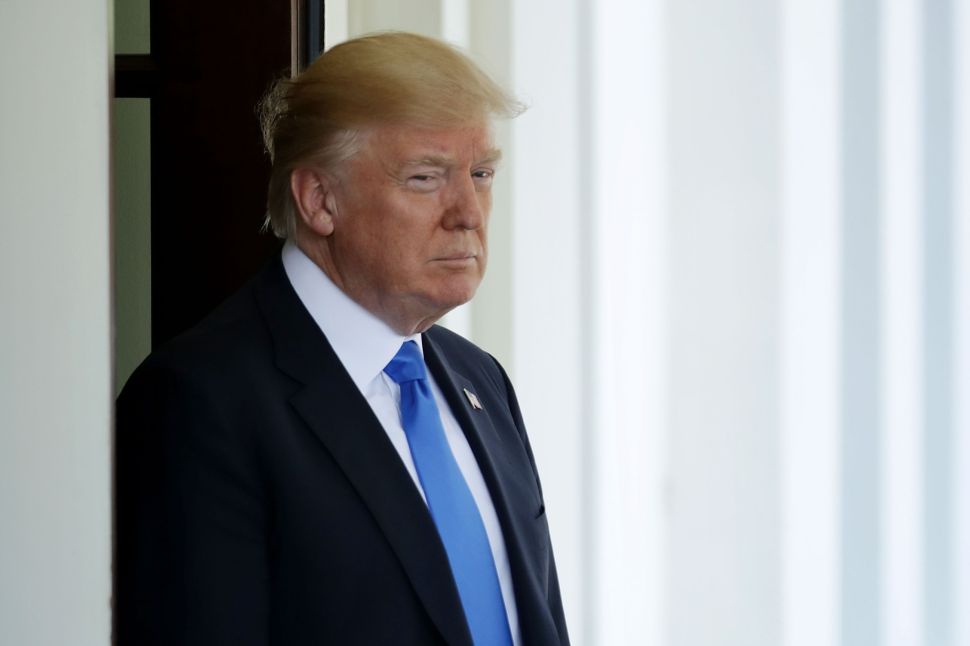