Since Hillary Clinton’s unexpected loss to Donald Trump, her donors have strategized with Democratic leadership about how to revive the failing party. Billionaire George Soros held a closed door conference with wealthy donors in November 2016 that addressed how to “take back power” and was attended by House Minority Leader Nancy Pelosi. On the weekend of Trump’s inauguration, David Brock hosted a retreat for the most prolific Democratic donors to figure out how to “kick Donald Trump’s ass.” On July 15, Page Six reported that Sen. Kamala Harris, a potential 2020 Democratic presidential candidate, met with top Clinton donors in the Hamptons. Many figures in Clinton’s inner circle attended, including Clinton’s 2008 Campaign National Finance co-Chair Michael Kempner, donors Dennis Mehiel and Steven Gambrel, and Democratic National Committeeman Robert Zimmerman. Harris also attended a separate luncheon hosted by one of Clinton’s top lobbyist bundlers, Liz Robbins.

Harris’ meetings with Clinton’s donors signal that they are rallying behind her as the 2020 Democratic presidential nominee. Harris has emerged as a leading figure in the Trump Resistance; Politico reported that the hearings regarding Trump’s connections to Russia have enabled the Democratic Party to frame her as Trump’s most aggressive critic. In response to one of the hearings she was involved in, she launched the slogan “courage not courtesy.” However, despite this catchy slogan, Harris has historically lacked the courage to hold her donors accountable when they have broken the law.

The nomination of Treasury Secretary Steve Mnuchin provoked criticisms over his tenure as CEO of OneWest Bank. In 2013, California prosecutors claimed to have discovered over 1,000 foreclosure law violations, but the California Attorney General’s office failed to file any action against the bank. At the time, Kamala Harris was California’s attorney general. Many questioned why Harris didn’t take any action given the evidence her office uncovered.

“We went and we followed the facts and the evidence, and it’s a decision my office made,” Harris told The Hill. “We pursued it just like any other case. We go and we take a case wherever the facts lead us.”

Harris’ vague defense is insufficient. The Democratic Party has branded her as a leader of the Trump Resistance without addressing why Harris avoided a criminal investigation that involved donors to her campaign.

In 2014, the Center for American Progress graded California’s campaign donor recusal laws a “C.” The state’s lax laws allowed Harris to decide not to recuse herself from deciding whether or not to prosecute OneWest Bank.

Mnuchin donated to multiple Republicans’ campaigns in 2016, but Harris was the only Democrat he donated to.

Harris also has ties to billionaire Democratic Party donor George Soros, who was one of the two owners of OneWest Bank at the time. Coincidentally, before Harris passed on the opportunity to file action against OneWest Bank, Soros was pouring money into California criminal policy initiatives that Harris was pushing.

In 2011, Harris’ former aide Lenore Anderson was hired as campaign manager for Californians for Safety and Justice, which was financed by Soros’ Open Society Foundations. In 2014, The Los Angeles Times reported, “The organization operates under the umbrella of a San Francisco-based nonprofit clearinghouse, which effectively shields its donor list and financial operations from public view.” The report cited that since 2012 Soros had led a four-year, $16 million campaign to change California criminal policy, which Harris was deeply involved in as California attorney general. Lenore Anderson also led Vote Safe, another Soros’ funded organization.

This background information on Harris’ relationship to her donors provides context as to why the Democratic establishment is rallying behind her. However, any politician that doesn’t hold corporate and special interests accountable only results in more corruption. 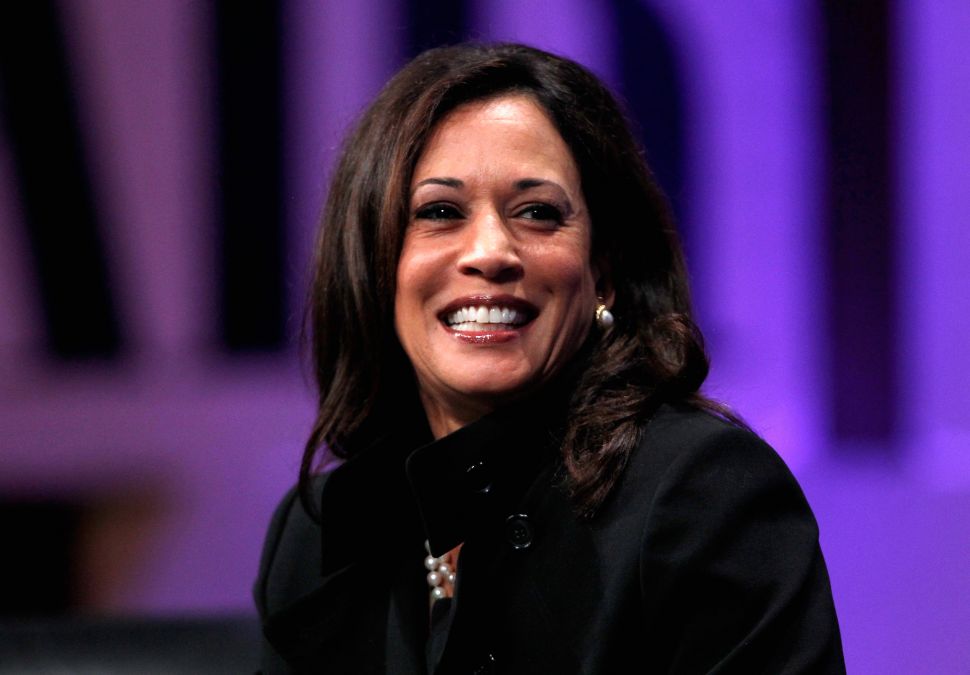