Dropbox has this online writing app called Paper that’s so beautiful that sometimes I just open it and tap out a few lines in order to appreciate looking at a screen that doesn’t crowd words with images, ads or notifications. Paper evokes typing on an actual piece of paper (yes, I have actually typed on real paper). It’s a pleasure to use, and that’s no accident.

Dropbox knows that it’s not enough for software to work anymore. Digital products have to work nicely. Dropbox built Paper to foster collaboration, as a sort of project dashboard, where different members of a team could post updates, screenshots and spreadsheets to keep collaborators in the loop on the way to their deadline.

Paper as a product crystallizes what’s best about Dropbox’s enterprise offerings, which is largely how it makes money. Dropbox could hit annualized revenue of a billion dollars per year in 2017. It hopes to accelerate growth by building more applications on top of its basic storage offering (probably similar to Google Docs and Slack).

To capitalize on its leadership role in the cloud storage market, Dropbox will probably move into an initial public offering this year. Reuters first reported that the company has been soliciting for underwriters. Before the first Dropbox shares hit the public market, another filesharing product is likely to generate the kind of buzz that only a blockchain-based company can. Protocol Labs will have an initial coin offering (ICO) for its cloud storage product Filecoin within weeks, according to a new YouTube video from Y Combinator.

(It’s worth noting that the crypto community has heard that before.)

An ICO is the first offer of a new cryptocurrency (such as bitcoin or ethereum). Usually people have to have another cryptocurrency to buy a new one. ICOs can be used to fund new projects (like Filecoin will) or just to hoover money from people’s digital wallets (like the Useless Ethereum Token is doing right now). They are an as yet unregulated way to get money from the public into technology projects.

We last wrote about Protocol Labs when we covered the copy of Turkish Wikipedia that the government can’t block.

Filecoin will give people with excess computer storage an incentive to let other people store and retrieve files there. This means everything from extra storage drives to underutilized data centers could join the system and earn cryptocurrency by hosting other people’s files (all locked up in super strong encryption).

SEE ALSO: How Filecoin plans to stay on the right side of securities law.

As long as people actually want access to that network, that cryptocurrency should have real value in the world that its owners can trade for fiat currency and pay rent.

Filecoin could also be important as a cryptocurrency that’s more respectful of the world energy supply.

Bitcoin is a fascinating technology, but it also wastes a load of energy making computers around the world grind away at math problems that serve no good to anyone, except making bitcoin work. The energy is wasted on something called a “proof-of-work.” Bitcoin prevents the double-spending of money by doing this proof-0f-work, but Filecoin raises the possibility that some of that computing power could accomplish the same end while also providing a useful service: storing files in the cloud.

The idea was first described in a 2014 white paper, but Protocol Labs Founder Juan Benet explained in the video that the company plans to release a new version of the white paper soon. “We spent about a month and a half rethinking the entire protocol from scratch,” he said in the video.

In that first white paper, the company describes some regret that it still has to rely in part on the same useless hashing work as bitcoin, so hopefully this new whitepaper represents some real progress on the energy load of Filecoin, but that’s not what will give it traction in the market.

If Protocol Labs manages to build a good network of storage providers, it should provide some interesting features to people with important or sensitive data. Everything will be super encrypted. Data can be stored in multiple places, so that if a natural disaster wiped out a data center there would be copies elsewhere. The data will be stored in a decentralized fashion, making it especially hard for an attacker out to destroy one particular record to reach all the copies.

Further, Filecoin uses an intriguing content-addressing approach to organizing data, so the system should be able to find files even if chunks somehow get moved from their original digital location.

That all sounds great, but people won’t use it if it isn’t super easy to use. Dropbox may be centralized with weaker privacy protection, but it works nicely. In the end, that’s what users want, and Benet knows it.

“Filecoin is not to be seen as a Dropbox replacement,” Benet emphasized in the video, but he seems to mean that Filecoin isn’t meant to be a big consumer-facing data storage system. According to the MIT Technology Review, Dropbox really isn’t either. Dropbox’s free consumer offering is largely what gets it inside the offices of companies until enough staff are using it that management relents and buys the more secure, more feature-rich enterprise product.

Benet seems to think that Filecoin will be more for companies with extremely important files that they want copies to many places so they can be absolutely sure they won’t ever disappear but also locked away in an ultra-secure fashion.

Either way, this upstart should hit the web in the same season as one of the most widely recognized unicorns doubles down on cloud storage. Storing data is the dullest thing computers do, but 2017 might make for a very interesting year in the business of tucking digital files away for later. 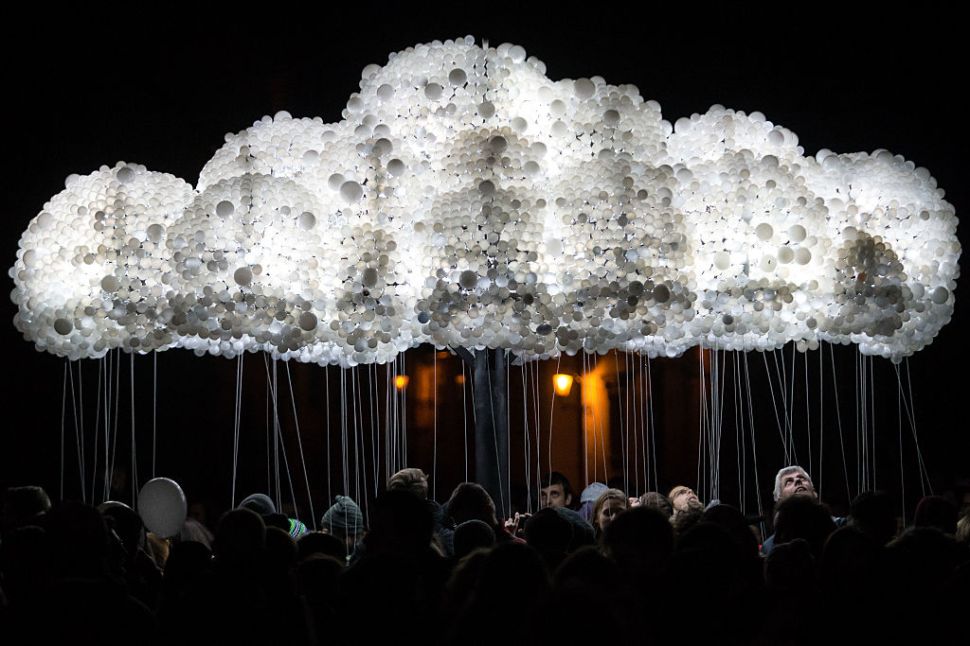