The jury is still out on whether or not Dyson succeeded. But the breathless praise from beauty editors and the sheer excitement of a new player in a fairly boring product category made the Supersonic a must-have for early adopters. How could I resist?

At the time, I was a faithful monthly subscriber to the Hair Room JC‘s unlimited blowout service. So when my Supersonic arrived, I brought it to the salon and had owner Anatalie David use it on my hair. She was wowed by the sleek design, but problems soon emerged.

“From a professional standpoint, it doesn’t live up to the hype,” David says.

The biggest issue David reports is a tendency to overheat. The Supersonic stops working altogether after a certain amount of drying time —so much so that David’s unit would go entire days without powering on.

She says the cord is “obnoxiously thick and heavy” and limits her ability to move freely while styling clients’ hair. She has also experienced breakage of the Supersonic’s basic parts. “This is actually the second dryer I’ve had, due to the power button breaking off a few months after using the first one.”

Dyson makes a professional version of the Supersonic, so perhaps the problems and breakage David experienced were due to using the consumer version. Still, for $400, these issues should be nonexistent.

One industry legend who invested in the professional version of the Dyson Supersonic is celebrity stylist Paul Labrecque. He even recommends that his clients shun consumer models for home use. “Nothing works better than a dryer that’s made for stylists. The engine is typically better and that helps get the job done with more ease.”

But Labrecque has been frustrated with and disappointed in the Supersonic. Like David, he finds the cord cumbersome and says, “The design functionality isn’t what I expected.” Basic parts of the dryer don’t work as advertised, he says. For example, attachments like the diffuser are supposed to lock in place with a magnet for a more secure fit. But Labrecque says the attachments “keep flying off,” which he finds maddening. “Taking time to chase them around the room and put them back on is the worst thing. Especially since they’re so hot to the touch during use.”

Labrecque also takes issue with Dyson’s claim that the Supersonic will cut drying time. Even with the professional version, he says, “As soon as the filter gets clogged, the dryer slows down. This is uncommon with other dryers, and the Dyson’s unique style makes it much more difficult to clean.” Further, Labrecque says he has noticed none of the promised benefits in terms of the Supersonic’s temperature awareness controls. All in all, it has been a maddening experience for him, even as a seasoned stylist. The best thing about the Dyson Supersonic according to Labrecque? “It looks cool.”

David has a more positive—yet still cautious—take. “It’s a great dryer. I do recommend the Supersonic to my guests for at-home use, but it’s best for the person who enjoys giving herself a great blowout. For the average person who just needs their hair dry and is not skilled enough to give herself a blowout, there are better and more affordable dryers on the market.” Bottom line: “It’s a splurge, luxury, statement piece for your beauty drawer. Will it change your life? No.” 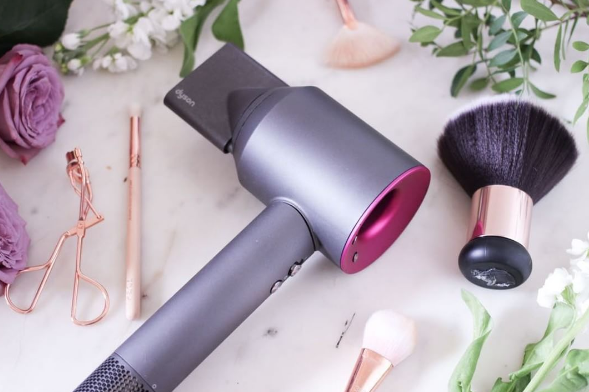