Elon Musk’s vision of an ultra-high speed transportation system of the future is one step closer to becoming a reality. Hyperloop One, the company bringing Musk’s vision to life, announced in a press release earlier today that it had completed its first successful full-scale test of the hyperloop, Inverse reports.

Dating back to Musk’s conception of the idea in 2012, the hyperloop seeks to create an ultra efficient system of long distance transportation. By using the proposed vactrain design, the system would use electricity to propel a pod-like vehicle through a reduced pressure tube, eliminating air resistance and hovering above the track using magnetic levitation or air bearings. This would allow the pod to reach speeds that would surpass that of a commercial airliner.

The vacuum tube-based system saw its first successful launch at the the company’s ‘Devloop’ (short for development loop) test tube near Las Vegas, Nevada on May 12. During the private test just now made public, the pod traveled above the track for 5.3 seconds and reached a top speed of 70 miles per hour. While these statistics don’t come close to the projected speeds of around 700 miles an hour and distances spanning hundreds of miles, the test provides a promising jumping off point for the company to move onto further testing.

In a blog post following the trial run, Co-founders Josh Geigel and Shervin Pishevar expressed their optimism about the future of the transportation system. “Ever since we started the company three years ago, we’ve been aimed at this moment, the instant when we achieve controlled propulsion and levitation of a Hyperloop One vehicle in a vacuum environment,” reads the post.

The company created an itinerary of proposed routes that would slash current travel times from one major city to the next, including Chicago to Pittsburgh and San Diego to LA.

In an interview in with Engadget, CEO Rob Lloyd revealed some of the company’s goals for commercializing the technology.

If this doesn’t work out, maybe he’ll still get us to Mars. 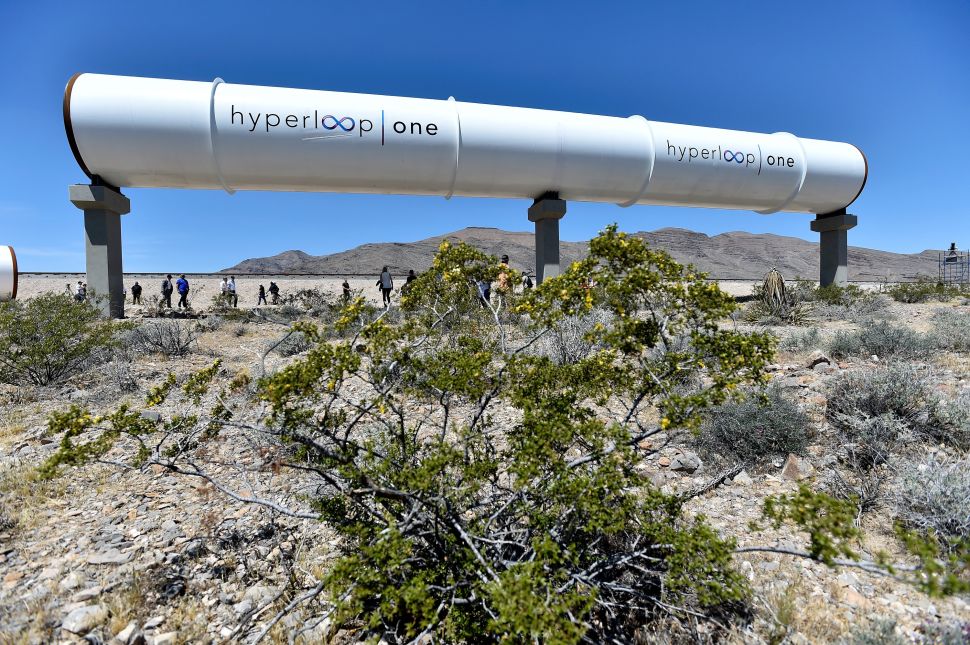