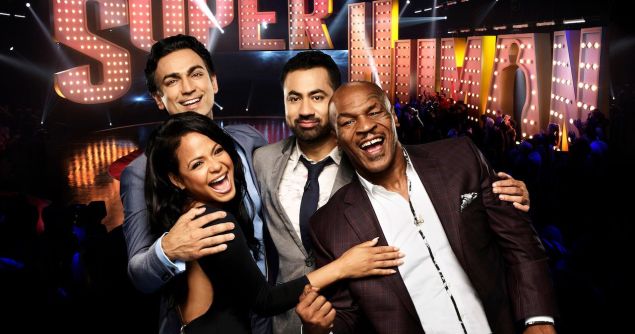 It’s a ‘brainy’ reality show – something that’s definitely a rarity in the world of television.

Only on the new series Superhuman will viewers see astonishing displays of memory, mathematics, physicality, as well as harder-to-define talents, all from contestants competing to win a weekly $50,000 prize.

While the acts are extremely unique, they do have one important facet in common, says Executive Producer Rob Smith. “They’re all very family-friendly.”

Smith says that this distinction was vital to the foundation of the series. “We produced this with families in mind. There are not a lot of shows out there that show people being smart, talented and really working hard to elevate whatever skill they have. This show does all of that, and that’s what’s exciting about it.”

Finding individuals with exceptionally unique talents – whether mental or physical – wasn’t as difficult as one might think, explained Smith. “Interestingly, there are a lot of organizations out there that focus on talented people. We reached out to these clubs and then we designed the challenges around each individual’s skill set.”

Sitting on the judging panel are champion boxer Mike Tyson, singer, songwriter and actress Christina Milian, and neurosurgeon Rahul Jandial. Actor/producer Kal Penn, who also spent time working in the White House during the Obama administration, serves as host of the series.

Smith expounded on the choice of the judges saying. “They’re a real strength of the show. We wanted people who are excellent at their craft and no one speaks to that better than Mike Tyson. Christina came on and she’s like the an ‘everyperson’ – empathetic and sweet and talented. Then we looked for a brain surgeon to tell us about the mysteries of the human mind and explain to viewers in a clear concise way what’s going on in these peoples brains, and more importantly, how you can do it too if you work at it.”

Speaking specifically about Jandial, Smith added, “We found Rahul and I don’t know how it happened that we got so lucky with this hunky brain surgeon.” He laughed as he said, “It’s kind of unfair that anyone should have that much talent and ability and be that hot. But what’s most important is that Dr. Jindial is very smart and knows his stuff.”

Some of the highlights of what’s to come this season on ƒ include a dance specialist who, while blindfolded, can tell what types of dances a couple are performing by just listening to the sounds of their feet, an individual who counts the pips on dominos as they fall in a fast and furious chain reaction event, and a ‘lip print’ expert who can identify individuals via a printed kiss.

While there is careful planning that goes into prepping for every contestant, things don’t always proceed as expected, says Smith. “There wasn’t anything that went totally awry, but we did have some contestants who succeeded and some who failed, but that’s part of any competition. You want people to be able to show off their stuff but maybe it’s the bright lights or something else and they just can’t execute like they want to.”

Even though he’s seeing a lot of astounding feats, Smith admits that he continues to often be bewildered by what he witnesses. “There were people who did things that I didn’t think were possible. There was a guy doing a math problem with a fast talker barking out numbers and things to him. I was lost immediately and I couldn’t believe that this guy could do math so fast. That struck me as truly amazing.”

He adds quickly, “Even the brain surgeon at times says to the contestants, ‘I don’t know how you did that!’

As for having a hidden talent himself, Smith laughed as he said, “I’m incredibly good at ordering take-out. I’m one of the best at getting food delivered quickly. I honestly have no special skills. That’s what makes this all the more special for me – that I get to be around people like this.”

Smith is well aware that the television landscape is so crowded that viewers have to be judicious in choosing how to spend their screen time. To this he says, “Yes, there’s a lot of good content out there – but there’s not a lot that checks all of the boxes; that’s smart, entertaining, family-friendly, inspiring and that’s what Superhuman is. If you’re tired of seeing reality shows with people at their worst, this is a show where people are truly at their best and doing incredibly interesting, difficult things. Just tune in and watch. I think once you watch, you’ll want to watch again.” 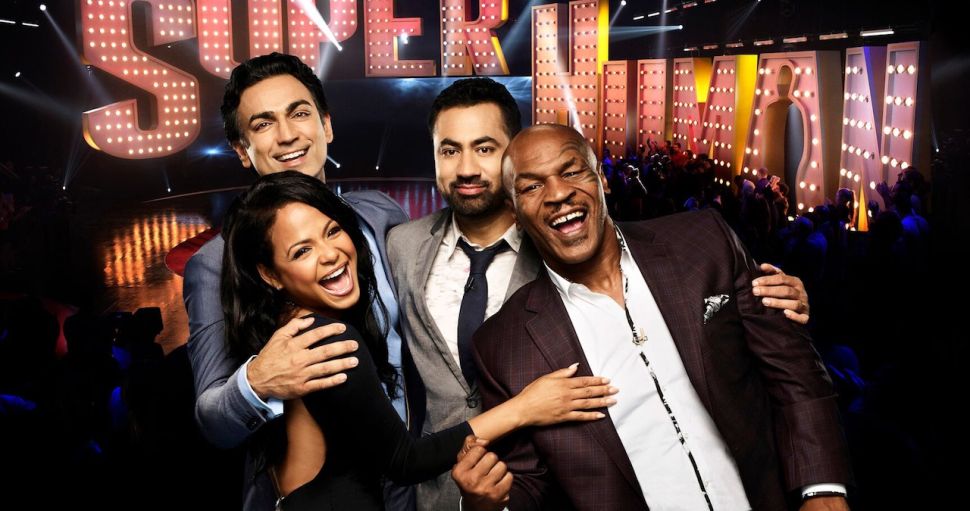