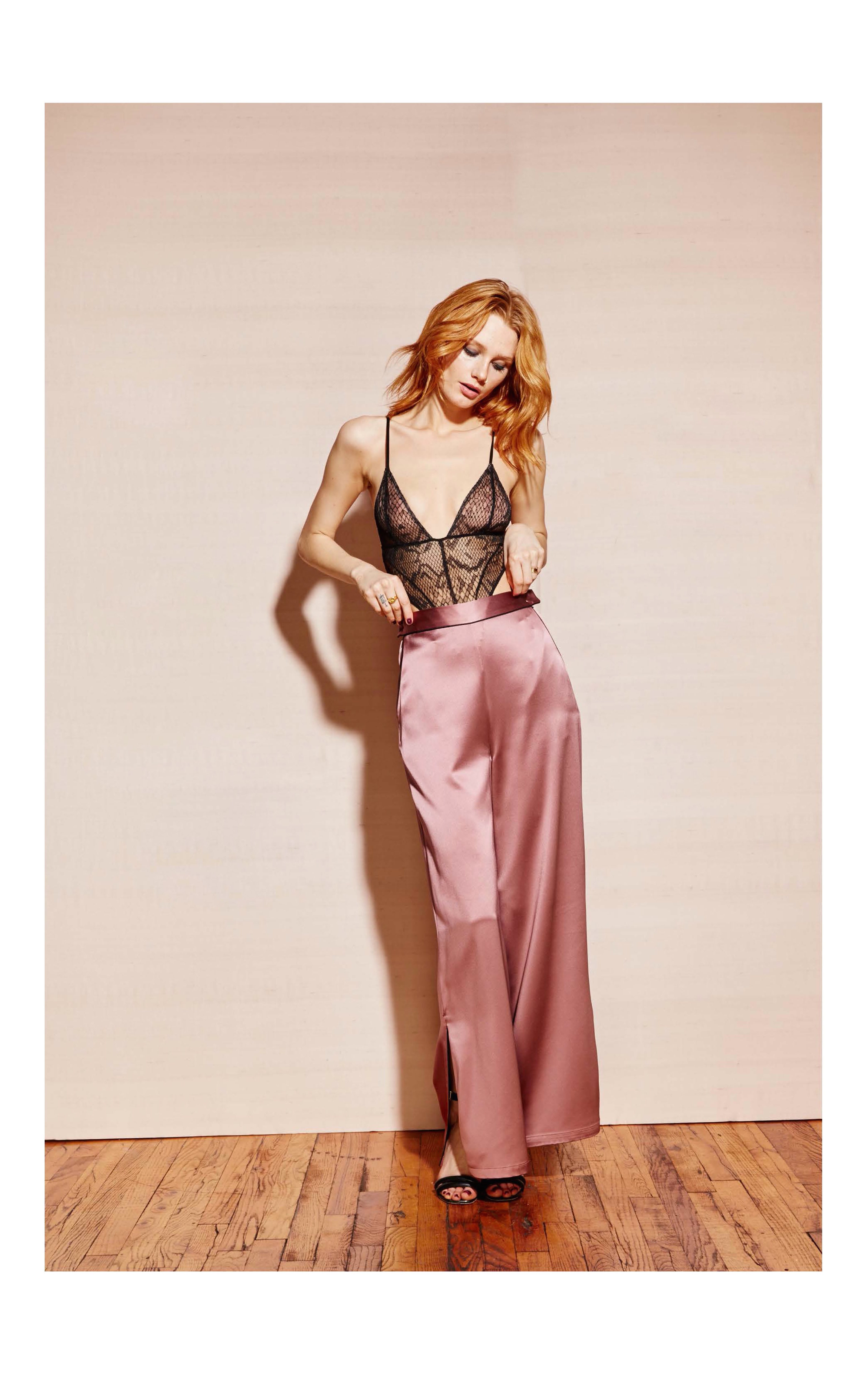 Women are taking back control of their undergarments. Fleur du Mal

There’s this unbelievably crazy statistic floating around: 80 percent of women are wearing the wrong size bra. It’s a widespread phenomenon so rampant that it has led to another rather interesting fact: The best-selling bra size in America is 34B when, in fact, the average cup size is a DD. Which raises the question: How are we so off the mark about one of the most essential garments in our wardrobe?

But listen, it’s not our fault, so don’t leap from your chair and rush to the nearest lingerie boutique to get fitted (at least, not yet anyway), because there are many, many factors at play here. Long story short, the bra industry is designed to set us up for failure—and it all starts with the first time you ever bought a bra.

“Most women discover their bra size in their late teens and then never check back—the body is constantly changing, whether you’re exercising, if you have children, are stressed; we’re constantly checking our dress size, but never our bra size,” said Michelle Cordeiro Grant, the CEO of start-up intimates label Lively. “So many women believe they’re a 34B because they start there.”

A large part of the problem, too, is where women are picking up their first bras. Chances are, it’s from one of the major players in the bra industry, like longtime market leader, Victoria’s Secret. “In most cities, in most towns in America, Victoria’s Secret is where women go to buy their first bra,” said Jennifer Zuccarini, CEO of Fleur du Mal and former design director at Victoria’s Secret, who’s been in the lingerie business for about 11 years. “What I’ve noticed is that women are attached to a certain size that maybe they were in high school or college.” 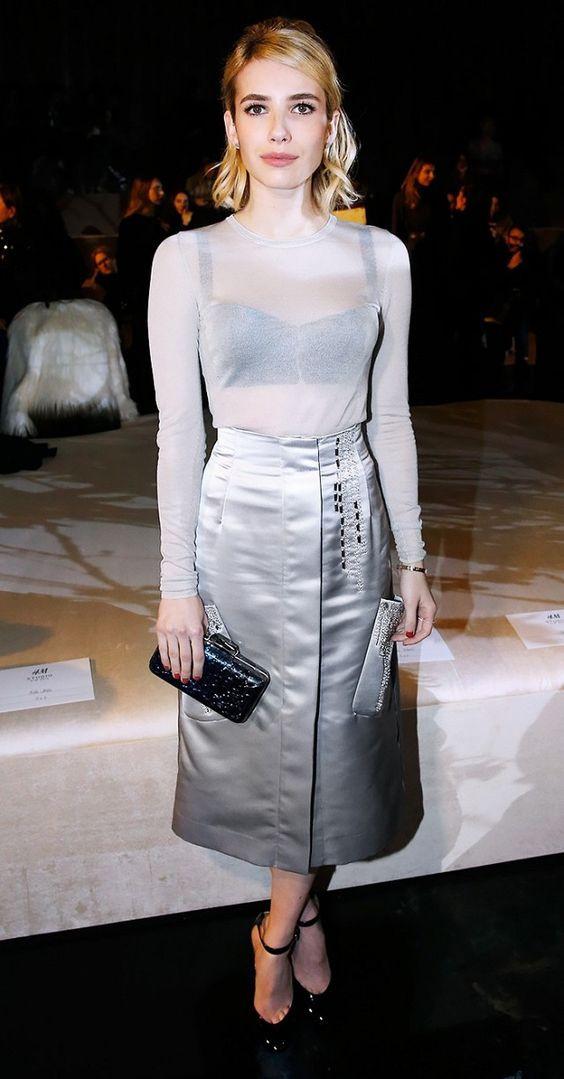 This attachment possibly points to a grappling with change, or grasping to a vestige of our youths. On top of that, there’s still a stigma tethered to larger cup sizes—much like the way it is with apparel. But whether you’re knowingly or unknowingly wearing the wrong fit, it doesn’t change the fact that ill-fitting bras are straight-up uncomfortable: you’re spilling out, there’s gapping, wires are pressing against your breast tissue, straps are painfully digging in, the band is riding up, and so on.

It’s easy to blame Victoria’s Secret, but in its defense, the retailer has never claimed to be bra-fitting experts, explained Jenny Altman, renowned bra consultant whose clients range from celebrities to prestigious brands. “They’re not doing anything wrong, but that’s where women are going, because VS is everywhere and it’s unavoidable,” she explained. “VS is a business, it speaks to the masses, and its goal is to sell the most products. Because they don’t go past a certain cup size, these saleswomen—not bra experts—could be putting a girl who might be a 32F into a 36D because they have to make a sale. And now this girl thinks she’s a 36D and is on the course to wearing the wrong size for god knows how many years.” (Victoria’s Secret declined to comment.)

That makes it significantly more difficult for women who require extended bra sizes to find their fit, and it’s made even more challenging when most mass brands carry only up to a D or DD—anything higher becomes increasingly expensive for them.

But perhaps the root of the issue is the bra design itself. “The fundamental architecture of the bra came out in 1933 with a U-shaped piece of steel; most bras on the market are still made exactly that way,” said Bree McKeen, founder and CEO of new bra brand Evelyn & Bobbie. “What we have is an industry that hasn’t been dramatically disrupted for a long period of time, where people are used to a particular way of doing something.”

And the way the industry is run, too, is outdated, Cordeiro Grant noted.

“If you think about the companies, they’re all led by men. Men look at bras as a product and not as something you’re wearing from the second you leave the house to the second you go to bed. They’re looking at it from a spreadsheet, dollar-and-cents angle,” she continued. “The category, in general, is to be blamed. The problem lies with people who are used to selling a specific product—underwire bras, push-ups—and it has always worked.” 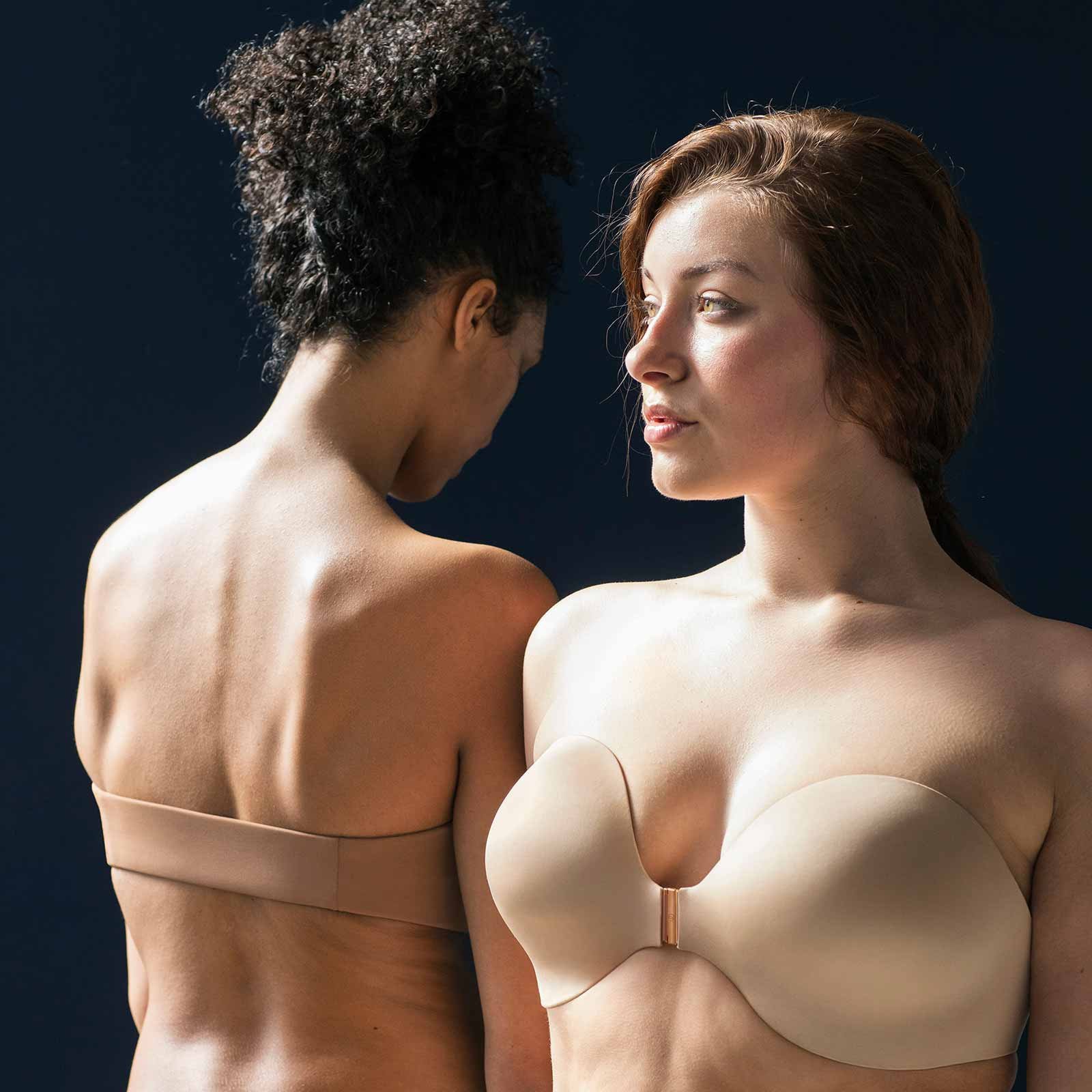 Well, not anymore. The traditional business model is on its way out, now that more direct-to-consumer lingerie brands, delivering beautifully crafted alternatives engineered by women, for women, are claiming the space. Eberjey was perhaps the first, when co-founders Ali Mejia and Mariela Rovito challenged the status quo, filling a void in the marketplace with “girly-sexy-comfy” pretty underthings in 1996. Araks Yeramyan followed suit with her design-conscious namesake line in 2000. New Zealand designer Helene Morris founded Lonely in 2009 with the promise to foster body positivity and freedom of expression. And that’s just the beginning.

“With e-commerce and direct-to-consumer models, it’s easier for more players to get into the space,” Zuccarini mused.

“It’s much easier to get a product into consumer hands,” echoed Cordeiro Grant. “Now, there are communities and conversations built around a very dated category, and it’s extremely exciting.”

The perk of these start-ups (other than buying innovative products at a reasonable price) is their intimate relationships with consumers. They are fluid and flexible, Altman said, to listen to their customers and put that feedback into action much faster than a traditional company, which typically works two years out. One example of this is Lively’s highly successful Busty Bralette, a wireless style designed for large-chested women.

“We heard from our DD and DDD community and how much they wanted to be a part of the bralette conversation,” Cordeiro Grant said. “It took us awhile to engineer the Busty Bralette, but once we perfected the product, we sent it to our customers who asked for it first. The response was incredible. We learned that our community is everything.” 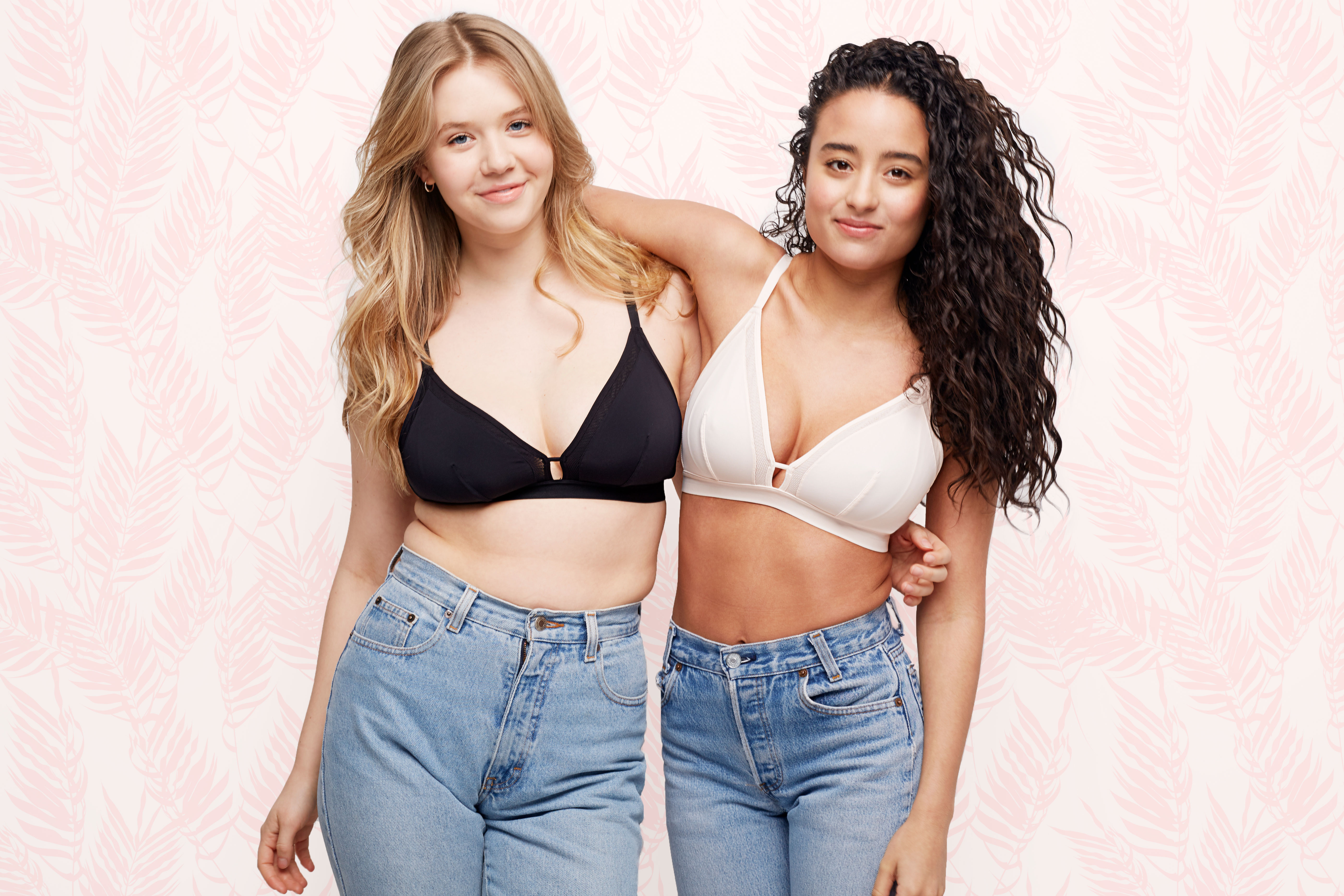 Despite these great forward-thinking, groundbreaking, problem-solving strides, the issue of sizing still complicates matters. It varies between brands, and when you factor in extreme sizing solutions, like half sizes, things can get really confusing, really fast. And since a standardized universal sizing system is an impossible feat, the next best (and feasible) remedy is to simplify and streamline the process. “We now have fabrications, the structure and flexibility in fabrics to make styles that custom-fit women, that mold to your curves, so you don’t have to pick one out of 47 sizes,” Altman said.

Evelyn & Bobbie is the latest brand to disrupt the space, drumming up a great deal of buzz with its re-engineered, highly technical wireless bra that not only takes sizing completely out of the equation (you fill out a questionnaire online and send three simple measurements for your EB Match), but its debut Everyday Bustier style is designed to comfortably hug you, thanks to a supportive band.

“When you look at the bra, it’s a brand new shape—it took a lot of expertise in engineering, pushing the limitations in the industry, and challenging the team to redefine the way to approach bras,” said Stephanie Muhlenfeld, VP of product design at Evelyn & Bobbie. “Instead of having one piece poking or cutting into you, we were able to engineer an even 360-degree hold, where all the materials work together and move with you.”

There are two simple seams, both strategically placed in the back of the bra (versus at the sides—an area that’s susceptible to irritation and chafing) and when compared with a conventional bra, “it’s like a smartphone versus a rotary telephone,” commented McKeen. “Nothing like this has ever been invented.” 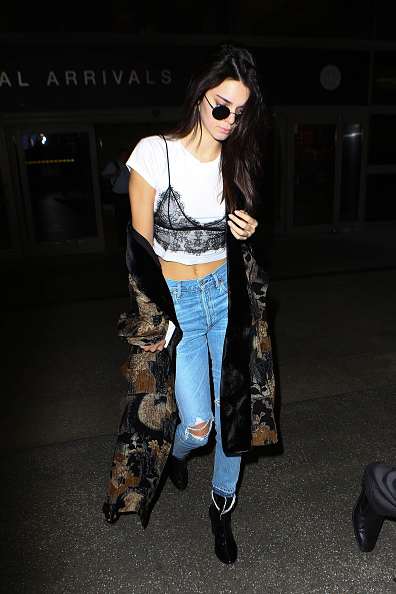 Another shift that’s currently afoot is this newfound body positivity movement. Women are no longer squeezing themselves into shapewear, buying excessively padded push-up bras, or doing whatever they can to manipulate their bodies to achieve the traditional supermodel body. Zuccarini attributes this change in behavior to the new supermodel look, like Kendall Jenner and Gigi Hadid, who are eschewing underwire bras for sheer triangle bralettes. Cordeiro Grant credits the athleisure trend for this shift. Altman traces it back to the unretouched #AerieReal campaign in 2014, which celebrated real women with real bodies. “It was so successful because it was genuine, and it showed you didn’t need a push up to look like a supermodel—you can just be you,” said Altman, who consulted on the campaign.

“It’s exciting to see that so many women want a more natural look and we think that’s the way bras will continue to evolve,” said Jennifer Foyle, Aerie global grand president, when asked to share her thoughts on the success of Aerie’s bralettes.

And hopefully, along with the drive to continue innovating, it will lead to the demise of uncomfortable, painful, ill-fitting bras once and for all. “There’s never been a moment in history where women have been more involved with designing and innovating their own product,” McKeen said. “And that’s wildly exciting.” 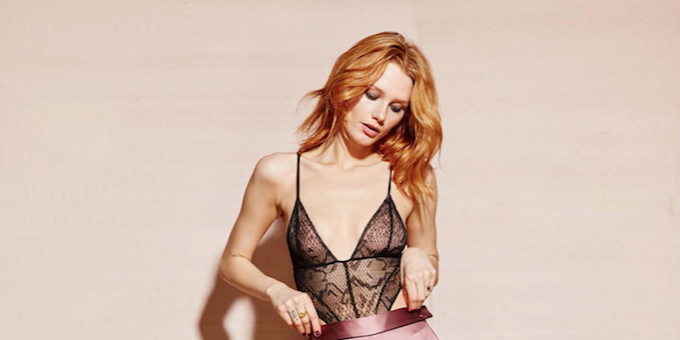