French Montana emigrated to the United States from Morocco with his family in 1997, which means that he probably arrived in New York City during the midst of a summer wherein Bad Boy Records was simultaneously mourning the death of the Notorious B.I.G., ensuring that the whole world was trying to “cop those, colossal sized Picassos,” and as well elevating New York City’s control of the world’s awareness of hip-hop culture to unforeseen heights. Thus, there should be no shock that 20 years later, French Montana is the biggest star in rap right now, and, with new album Jungle Rules, is using rap records entirely inspired by the golden years of New York rap to guide New York back to the top of the hip-hop cultural heap.

However, this story didn’t just start with “Unforgettable” and “Bring Dem Things…”

My Spotify records will show you that every single day for the last four months of 2016, I played French Montana’s 2012-released remix of his Harry Fraud-produced and P. Diddy, Rick Ross and Charlie Rock remix-featuring single “Shot Caller.” At the time, I was in the midst of finishing up creative work on Decades, the 12,000 square foot retro-themed nightclub where I was tasked, among many things, with developing a creative conceptualization of what a floor of the nightclub dedicated to five decades of hip-hop culture would look like. In order to get into that headspace, I decided to make a shortlist of songs that minimally touched on at least 30 of the 50 years of rap history the floor would need to represent. Hence “Shot Caller” being on said playlist. Upon deeper research, I realized the creative stock which one French Montana was surrounded, and it became readily apparent to me that he, in a manner similar to DJ Khaled, was so thoroughly engaged in now globally dominant hip-hop culture that he demanded respect. I realized that French was someone who, like Khaled, was so deeply rooted in something so inherently embedded in the world’s predominant fabric that…well…it was a matter of if, not when, he’d win.

My Decades notes, as I wrote them in August 2016, regarding “Shot Caller.”

One year later and with his new album Jungle Rules, here’s French Montana again doing exactly what French Montana does, better than he’s ever done it before. Impressively, French Montana’s greatest gift is being able to carry the banner for New York street rap and navigate this era with guest appearances on a slew of hit records including his own “Pop That” and “Marble Floors,” Rick Ross’ “Stay Schemin’,” ASAP Ferg’s “Work,” MGK’s “Wild Boy,” Chris Brown’s “Loyal,” and arguably the table-setter for this New York redux, Fat Joe and Remy Ma’s “All The Way Up.” On two new songs in particular, “Unforgettable” and “Bring Them Thangs,” he eclipses the level he set with “Shot Caller” and establishes a superstar route for the rest of his career.

In thinking about how these songs relate to the standard established by “Shot Caller,” I’ll use notes grabbed from text conversations I’ve recently had about how layering decades of rap history on top of each other adds to the outstanding nature of both these songs.

For the better part of 20 years, there was a natural order to the progression of New York City-derived rap music and it’s related hip-hop culture. Thus, this meant that sounds that followed in the line from Kool Herc and Grandmaster Flash to DJ Hollywood and Lovebug Starski, to Russell Simmons, Run-DMC, and LL Cool J were guaranteed to succeed. Andre Harrell, Puffy, and Biggie were offshoots of that tree, which then dug deep into the hustle and crime-related path of New York’s hip-hop cultural dominance. Intriguingly though, this era of say, 1993–1996 also saw the initial mega-explosion of regional rap from Los Angeles, Miami, Atlanta, Houston, Chicago, and Cleveland, which in many ways tempered the reach of New York’s hip-hop cultural hegemony.

This trickles down to French Montana because had New York remained iconically supreme, the trickle to a stream from Bad Boy to Roc-a-fella to G-Unit to Murder Inc. to Dipset would’ve absolutely led to now incarcerated (and soon to be released) Max B and French Montana’s Coke Boys collective probably “getting on” somewhere around 2009, when French and Max B released their collaborative Coke Wave mixtape and he and Harry Fraud were releasing their first collaborative record, “New York Minute.”

However, recent history hasn’t been very kind to New York, and we’ve had to wait EIGHT YEARS for our “Unforgettable” summer of 2017, and a fall and winter where we’re certain to “Bring Them Things” to the club.

Since 2009, hip-hop culture’s epicenter has shifted to Atlanta, and we’ve seen a revolutionary run from Gucci Mane and Waka Flocka Flame to Future, Migos, and Young Thug that has been astoundingly disruptive to the New York-driven legacy of hip-hop culture. In fact, it’s arguable that Montana’s 2017 success is driven by the fact that his records are SO well produced because in order to leapfrog trap’s dominant devastation of the culture, that they had to rebuild and reclaim New York’s space at the top of the culture, as well as resonate with a greater population of rap ears thah ever before; many of these ears either had no knowledge of, nor any desire to really hear modern “New York” rap as an additive of hip-hop culture.

Prior to “Unforgettable” and “Bring Dem Things” “restoring the order,” the hottest records from New York were the sound-a-like productions of Bobby Shmurda’s Jahlil Beats’-produced “Hot N*gga” and Young M.A’s U-Dub-produced “OOOUUU.” While both of those beats have a trap-meets-reggae soundclash feel that’s unmistakably New York, “Unforgettable” and “Bring Them Things” are unquestionably a step above because of what they recall, and how their creatively executed.

At some point, New York rap evolved from being dominant on the streets to running the corporate universe. That evolution was important, as it ultimately created the space for rap music to have global relevance and ubiquitous mainstream appeal. However, there’s something discordant about a genre’s core being so powerful in one arena while being near nonexistent in another realm that thankfully, with one album (and most notably two singles), French Montana fixes.

Shout out to Max B and Chinx Drugs. Shout out as well to A$AP Yams, and everyone else who kept New York alive in the past decade.

Words from Joe Budden in 2003 feel really apropos to close in 2017, actually.

With the brand new savior of east coast rap / Don’t worry y’all I’ll bring the east coast back
Nah par, this ain’t a movie but meet Joe Black / Try to relate to it I just speak those facts / If you was in the front now your seat goes back
What the deallin’ / Like New York been soft since Bin Laden came thru and crushed the buildings
Trying to restore the feeling, just speaking to ya / I’m just speaking through ya

Marcus K. Dowling is a journalist, broadcaster, and entrepreneur born, raised and currently residing in Washington, DC. This article originally appeared on Medium. 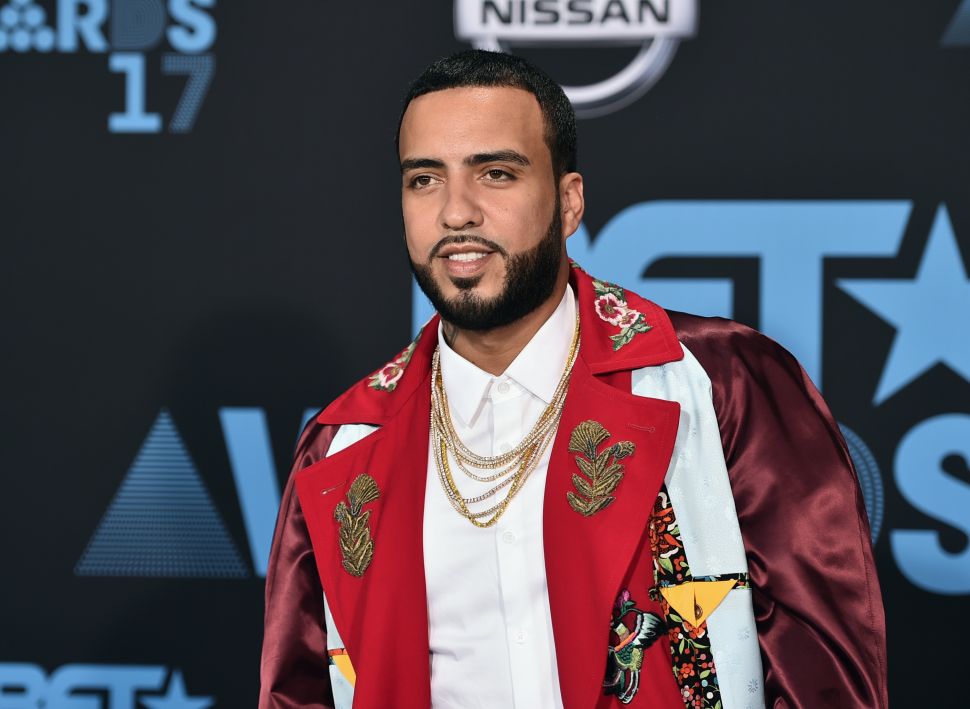