In his taut 1977 political thriller Full Disclosure, author and former presidential speechwriter William Safire weaves the story of a fictional president blinded in a wild assassination attempt. The fictitious president, Sven Ericson, naturally struggles with adjusting to his new condition and keeps waiting for the day when his eyesight will return, not recognizing that his singular focus on regaining his sight is preventing him from getting on with his life.

Eventually, a psychologist prevails upon Ericson to say eleven difficult words: “I’m going to be blind for the rest of my life.” It is the turning point in the novel, the moment which liberates the president to begin moving forward instead of wasting his time hoping and waiting for something that isn’t going to happen.

In that vein, I’d like to ask something similar of my fellow liberals and anyone else who opposes President Donald Trump. These eleven words are going to be very hard to say, but if we are going to move forward in a productive way, we have to say them and accept them.

Of course, it is possible, although unlikely, that this may not be true. We know that one of every five presidents have failed to serve out their terms, with eight presidents dying in office and one resigning. And theoretically, Trump could be impeached by the House of Representatives and removed from office by the Senate, a remedy that does exist within the Constitution. Alternatively, he could be stripped of power under the 25th Amendment, technically remaining president but relinquishing all presidential powers to Vice President Mike Pence.

But all four of these possibilities are highly unlikely, and the likeliest possibility for truncating Trump’s term, historically speaking, is one that no decent person would hope to see: his death. Those of us who find him abhorrent certainly do not wish him well, but I would expect (and hope) that none of us wish him dead, either.

Most of those who would like to see Trump exit office prior to the end of his term are calling for his resignation or his impeachment, while some people who are completely ignorant of U.S. civics continue to hold out hope for a “do-over” or a judicial voiding of the 2016 elections.

First, let’s dispense with the impossible. There is absolutely nothing in the constitution that permits any court of law to void a presidential election and call for a new election, or to install another person in office by judicial fiat. If you’re calling for a special election, or for the Supreme Court to install Hillary Clinton as president due to a flawed election, you’re living in fantasy land. Even if illegalities, collusion or foreign interference are conclusively proven to have occurred in the 2016 elections, these simply do not exist in U.S. law. In a nation governed by laws, you cannot invoke remedies that do not exist under the law.

Now, let’s move on to two things that are at least theoretically possible: resignation or removal by Congress. One president, Richard Nixon, did resign in 1974, but only when it became perfectly clear to him that he was going to be impeached by the House and removed by the Senate. He decided to leave office only after a delegation of members of Congress from his own party came to the White House and told him bluntly that he did not have the 34 votes necessary in the Senate to forestall his removal.

No other president, regardless of how bad things got for them, chose to leave office early, and that should be no surprise. The presidency is a nice office to hold, with unequaled power and perks. Even those presidents who chose not to seek reelection (which hasn’t happened since 1968) served out their terms. The likelihood of a president willingly leaving office early is scant, especially with a person as egotistical as Trump.

Only twice in our history has a president been impeached: in 1868 and 1998. In both cases, the president’s political opposition controlled a majority of the House seats. Andrew Johnson, a Democrat placed on Abraham Lincoln’s ticket in 1864 in a bid for national unity during the Civil War, was impeached by Republicans who opposed his white-supremacist-friendly approach to postwar reconstruction. Democrat Bill Clinton was impeached by a Republican House as well. No president ever has been impeached by a House controlled by his own party.

But, as noted above, impeachment is only the first step. The second step requires at least two-thirds of the Senate to vote to remove the president, and this has not happened. Johnson narrowly averted removal when his opponents managed to get only 35 votes (out of 54) in the Senate, one short of a two-thirds majority. Clinton’s foes couldn’t even get a bare majority, with only one article of impeachment garnering even a 50-50 tie, 17 votes short of the required 67. Even five Republican Senators voted against removing him.

Well, okay. If we can’t remove him, can we at least sideline him via the 25th Amendment?

Sure. As soon as we can get nine of the 17 members of the presidential cabinet to turn on the guy who hired them, we’re in business. Well, we’re in business until Trump informs Congress in writing that he is not incapable of discharging his duties, at which point two-thirds of each chamber would be required to keep him from reclaiming the powers of his office. In the Senate, that would mean 19 Republicans would have to join all 46 Democrats and two independents, the same number required to remove a president. But in the House, supporting a 25th Amendment declaration would be even more difficult than impeachment. Instead of needing 24 Republicans to join 194 Democrats, 96 Republicans (out of 241) would be needed to get to the magic number of 290. That’s almost 40 percent of House Republicans. Short of Trump becoming permanently unconscious or clinically insane, there is no way that nine Trump cabinet members are going to invoke the 25th Amendment, or that 19 Republican Senators and 96 Republican House members are going to uphold it.

Yet every day on social media, there is an endless deluge of posts calling for Trump’s resignation, impeachment, or removal from office by extralegal means. And every bit of energy wasted on these useless pleas and demands is energy that cannot be focused on the one realistic way to remove Trump from office: defeating him in the 2020 presidential election.

Rather than focusing on remedies that are unlikely, or in some cases don’t even actually exist, all our focus right now needs to be on mobilizing voters for the 2018 and 2020 elections. In 2018, those who oppose Trump have an opportunity to neutralize his agenda by depriving his party of control of at least one chamber of Congress. And in 2020, we can remove him from office via the ballot. These are the only realistic ways to stop him now.

It’s not immediate, and it requires accepting a reality that many of us would rather not face: that Donald Trump is going to be president for at least 42 more months. But like it or not, we’ve got to face up to that reality if we want to move forward rather than continuing to spin our wheels.

So say it with me: “Donald Trump is going to be president until January 20, 2021.” Yes, it’s a hard thing to say, and it leaves a bitter taste on the tongue. But it’s reality. Let’s accept that fact and start working every day to ensure that it’s only 42 more months, not 90. 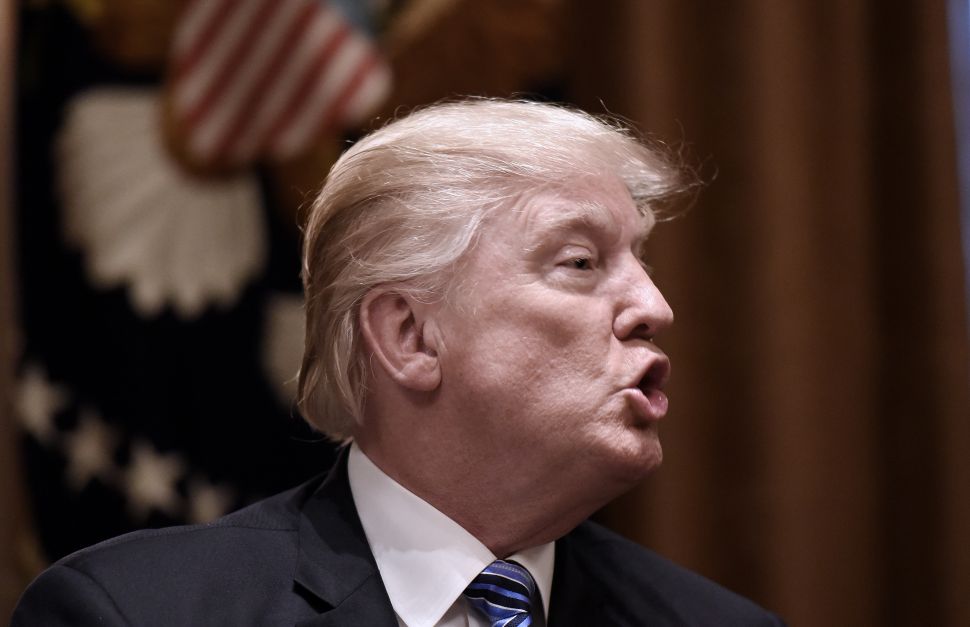