“Imagined Dialogue For” is our series by the hilarious and talented Chris Scott—of Reviews of Movies I Haven’t Seen fame. Next up? Chris takes a stab at envisioning the Seven Kingdoms were Jon Snow or Tyrion Lannister to claim the Iron Throne.

TYRION LANNISTER: War is inevitable. We must prepare.

JON SNOW: I wish it didn’t have to be like this.

TYRION: How do you mean?

JON: To be completely honest with you, I hate violence.

TYRION: Oh man, I can’t believe you just said that.

TYRION: To be frank, I hate violence too. It’s the worst.

JON: It corrodes the human spirit and it’s messy as hell. I wish there was a better way to resolve our conflicts.

TYRION: Maybe there is…

TYRION: We could try settling our differences peacefully. I’ve been meaning to float that idea for a long time.

JON: Yes! We should totally do that. We should sort things out together, without fighting.

TYRION: Ideally, we could hammer out any issues we have with one another through peaceful negotiation and diplomacy.

JON: You know what I love? Open and frank communication with a healthy amount of compassion to guide it.

TYRION: It’s the foundation of peace and well-being, in my opinion.

JON: Hell yes it is. Why didn’t we think of this before?

TYRION: So, you’re probably going to laugh at me, but I’m just going to put this out there.

JON: Go for it, and I promise I won’t laugh.

TYRION: You said you wouldn’t laugh!

JON: No, no. I’m smiling because it’s like you read my mind. I hate sex and nudity, too!

TYRION: If I ruled the universe, honest to goodness, everybody—men and women—would keep their clothes on all of the time, and kissing would be as far as anybody got.

JON: Man, is there a way to just make you King of the Universe right now?

TYRION: Seriously though, in that order: No violence and no nudity. That’s how it’d be if I ran things.

JON: I wish you did.

TYRION: I mean, feel free to challenge if you want to. But it’s definitely a word.

TYRION: Don’t do what.

JON: You force me to challenge a word every single game. This would be the third time in this game alone. It’s not in the spirit of Scrabble.

TYRION: Oh pray tell then, please explain the “spirit of Scrabble” to me.

TYRION: If you’re so sure it’s not a word, then challenge it. Those are the rules.

JON: I’m not going to challenge it. Just play another word.

JON: This has to get boring for you, dude. Why can’t we just, in good faith, play words that we’re certain are words and leave it at that.

TYRION: One more time: Challenge me if you want to. I’ll lose a turn if you’re right and I’m wrong.

JON: No, you’re playing head games with me.

TYRION: I’m not playing head games with you! If you’re so sure it’s not a word, just challenge it.

TYRION: Not my problem, man.

JON: YOU go to hell!

[TYRION AND JON STAB ONE ANOTHER TO DEATH] 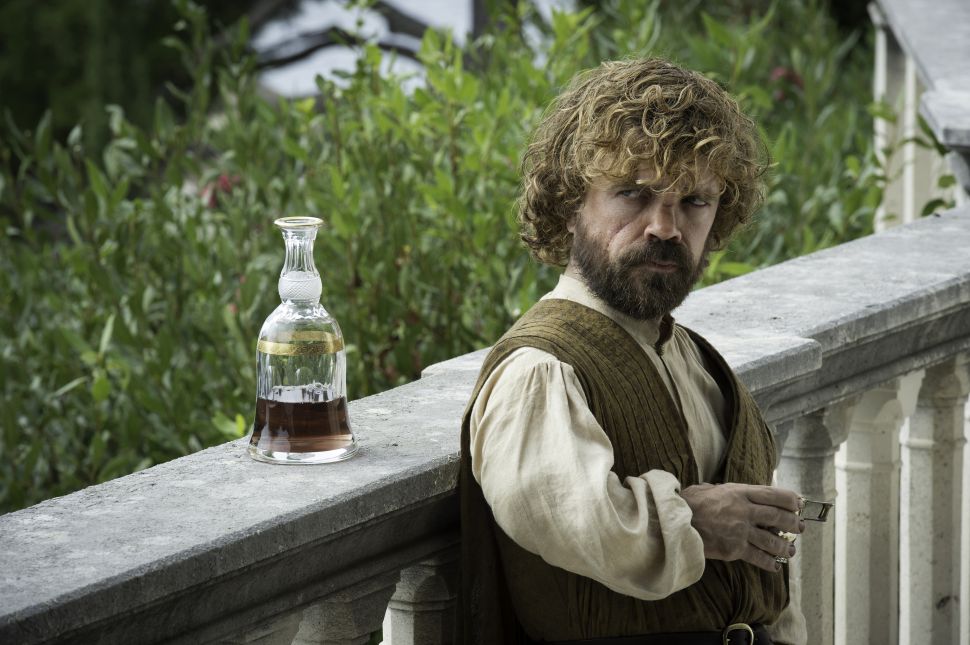