Jon Snow has recently been proclaimed King in the North, but will he go on to become King of Westeros?

Game of Thrones star Kit Harington is in Italy at the Giffoni Film Festival, a festival aimed entirely at kids and teenagers. During the event on Wednesday, Harington scored an award and talked with young festival goers about Jon Snow. One of the main talking points was Jon’s emergence as a real power player and what the future holds for the Lord of Winterfell.

“He never expected it or wanting it. There are so many people in the story who looked to move up. And Jon never looked to move up. That’s one of the things I really love about him is that his ambition is less than others, and yet he gets further.

Well, that’s a disappointment. Then again, we have to take everything Harington says with a grain of Dornish salt. This is the same guy who swore to us for a year that he would not be returning to the show after his “death” in the season five finale. As George R.R. Martin would say, “words are wind.”

But it is true that Jon has never lusted for power the same way as Cersei, Littlefinger or Stannis. “One of the reasons we like Jon is he feels that it’s his duty to stand up for those who are being bullied,” he said. If not Jon, who? The most obvious guess is Daenerys Targaryen, but Game of Thrones rarely goes the most obvious route.

As audiences have seen Jon grow up from a callow young man into a King, so to have we seen Harington’s development as an actor.

“I think Jon Snow, because I’ve lived alongside him for eight years, is now a part of me,” said the actor. “It’s a strange thing to have fame come about when you’re attached to such a specific character. In some ways, I live this double life and I was thinking about just changing my name to Jon Snow to make things a bit simpler.”

“Jon Snow seems very real to me. I think that’s the thing about Thrones, is that everyone in it seems like a real, fully-rounded character in the real world situation,” he said. “They don’t feel like Frodo Baggins. They feel like Cersei Lannister. There’s a difference. It’s a fantasy based in reality, and I’ve always found that that’s maybe what people responded to with Thrones.”

Uh-oh, Harington may have to deal with some angry Middle Earthers for that last comment. 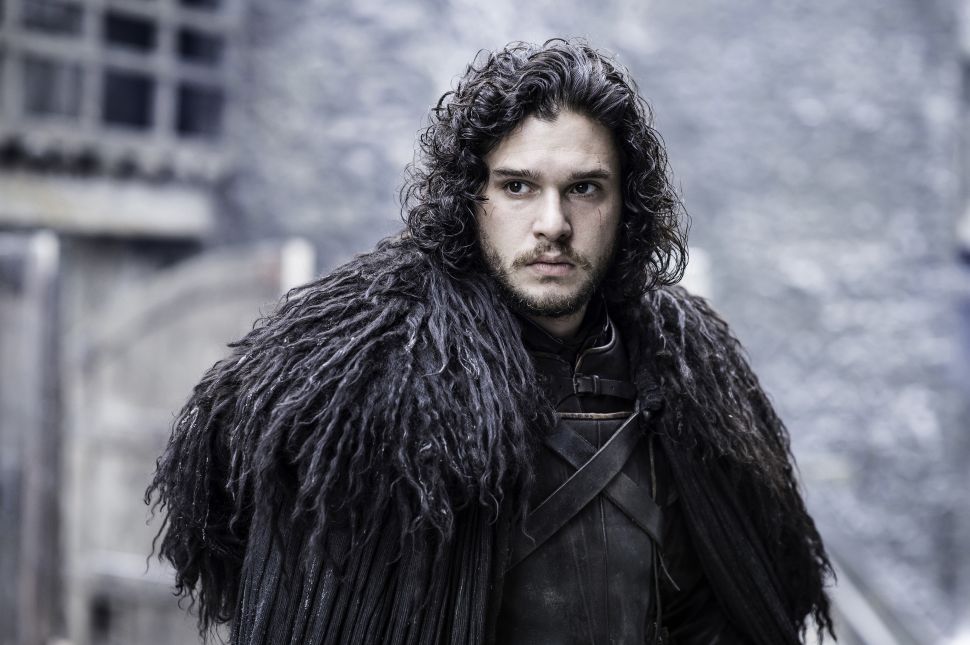