Game of Thrones aired the second episode of its seventh season Sunday night and, boy, how about those last five minutes? “Stormborn” began to put things in motion in explosive fashion after the season premiere’s place-setting hour. With all of the forward plot movement comes a handful of questions we wanted to discuss.

What does Euron’s victory mean for Daenery’s campaign?

Well, nothing good, that’s for sure. Earlier in the episode, Daenerys and Tyrion laid out their war strategy aimed at minimizing collateral damage. Yara Greyjoy and Ellaria Sand seemed to be in agreement that they should instead attack King’s Landing immediately given the size of their force, but team Dragon Queen were insistent that they did not want to rule over the ashes of Westeros.

Afterward, Lady Olenna advised Dany not to listen too carefully to Tyrion and, frankly, to “be a dragon” and not a sheep during this fight. Perhaps the Targaryen conquest will feature a bit more fire and blood going forward.

The destruction of Yara’s Iron Fleet and the capture of herself and Ellaria is a big blow to Dany’s efforts. Yara’s ships were meant to ferry Dany’s forces all around Westeros, particularly the -averse Dothraki. Without the navy, Dany will have to fight through occupied territory. Ellaria’s capture leaves the Dornish hierarchy in tatters and it’s unclear if the region’s forces will support Daenery’s war without her. So Dany may have also lost the talented warriors of Sunspear who were meant to surround King’s Landing.

Overall, not a good start.

There seems to be a split among viewers on the interpretation of Arya’s line to Nymeria.

Some believe that Nymeria’s decision to not rejoin Arya and head back to Winterfell further cemented Arya’s new course of action. The line, accompanied by a smile, could easily mean that even though Arya has been training to kill and pushed to become “no one,” she still is Arya Stark through and through. As such, it makes sense that she would want to see family and return home, especially after Nymeria’s rejection.

Others believe the line could refer to Arya herself in that she is no longer the young and innocent Stark girl who cared for a dire wolf pup once upon a time. Now, she’s a trainer killer with a mission who must continue checking off the names on her list, even if that means sacrificing a reunion with her family. In that sense, Arya is the lone wolf who no longer belongs to a pack.

Hopefully, we find out next week.

On a scale of one to Sam’s poop/soup montage, how disgusting was Jorah’s greyscale scene last night?

When will Jon and Sansa finally learn to get along?

Game of Thrones laid the groundwork for the friction between Jon and Sansa last year and picked right back up last week in the opener. Somehow, it seems as if neither character is improving on their interpersonal communications.

Jon once again failed to discuss key strategic choices with Sansa before addressing the Houses of the North and Sansa immediately undermined him out in front of everyone again. Sure, the two of them end the episode on good terms after Jon leaves Sansa in charge. But when the King is away, Littlefinger will play. The two of them need to present a more unified front or the cracks in the foundation will bring everything down.

How far will this tension between Jon and Sansa ultimately go? 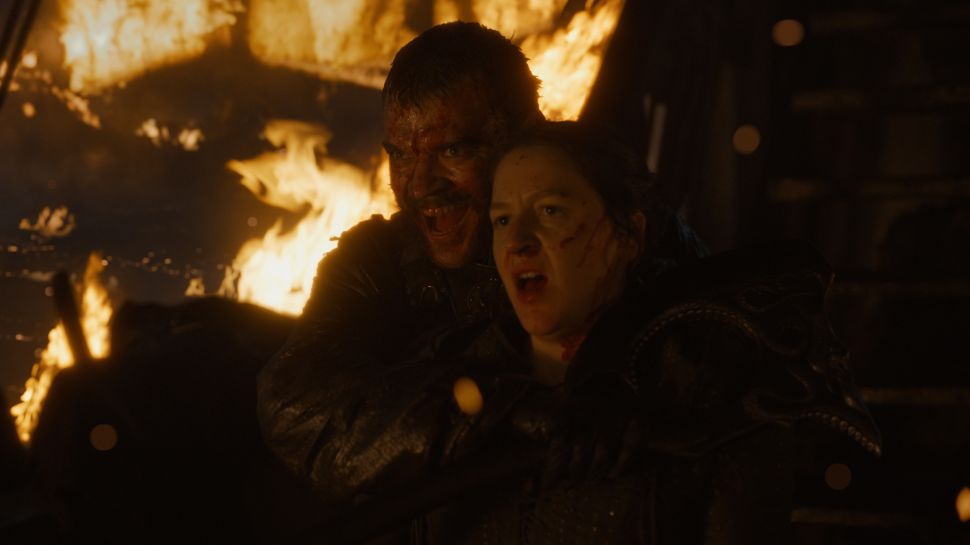