Fifteen months after last season’s premiere, HBO’s Game of Thrones finally kicked off its new season Sunday night. And what a kickoff it was. There were White Walkers and Ice Giants, familial power struggles and a whole lot of entertaining place setting. Oh, there was also some mass murder. All in a day’s work with Game of Thrones.

But after having some time to digest all that, we’re still left with a few pressing questions.

What exactly did Bran see in his vision?

My first gut reaction to Bran’s vision that immediately follows “Dragonestone’s” opening credits was that viewers were getting a peak at either the past or the current forward progress of the White Walker army. However, as we’ve learned from previous Bran downloads courtesy of the weirwood net, we know that everyone’s favorite little Three-Eyed Raven also has the power to see the future (he saw Cersei’s wildfire attack before it happened).

A quick trip around the Internet will find several writers who attended Game of Thrones‘ L.A. premiere on the big screen who believe that the Night King and his army were walking on green grass that turned to snow upon their touch. Jon Snow himself told the Northerners last season, “The true enemy won’t wait out the storm. He brings the storm.”

So could Bran be seeing the future here? And if so, does that mean the White Walkers made it South of the The Wall? How and when?

What’s going on with Jon and Sansa?

We knew last season that Jon and Sansa weren’t totally on the same page and we also knew that Littlefinger was going to try and sow seeds of discontent in their relationship. But after their heart to heart post-“Battle of the Bastards,” it seemed like they going to present a more unified front.

Sansa brings up some valid counterpoints to Jon’s plans, but does so in front of all the Northern houses, undermining the newly minted King in the North’s leadership. The two continue to squabble in private after the meeting with both presenting quality cases.

Is this just constructive criticism and game planning or will there be a true power struggle between Jon and Sansa this season? How long can they continue together like this?

Last year, Daeny sounded a lot like her father, the Mad King Aerys, when she said she wanted to burn all of the slavers and their cities. “Shall we begin?” she asked Tyrion after laying out her destructive plan at the time. Thankfully, Tyrion convinced her to go a slightly less violent route which ended up as the better course of action.

The season seven premiere closes with Daeny and her forces finally arriving in Westeros at her ancestral home and birthplace of Dragonstone (hey, there’s the episode title!). Now comes the hard part: conquering Westeros.

Will she follow in the footsteps of her ancestor, Aegon the Conqueror, who took the Seven Kingdoms with “fire and blood?” Or will her team devise a different strategy that doesn’t result in as much collateral damage? 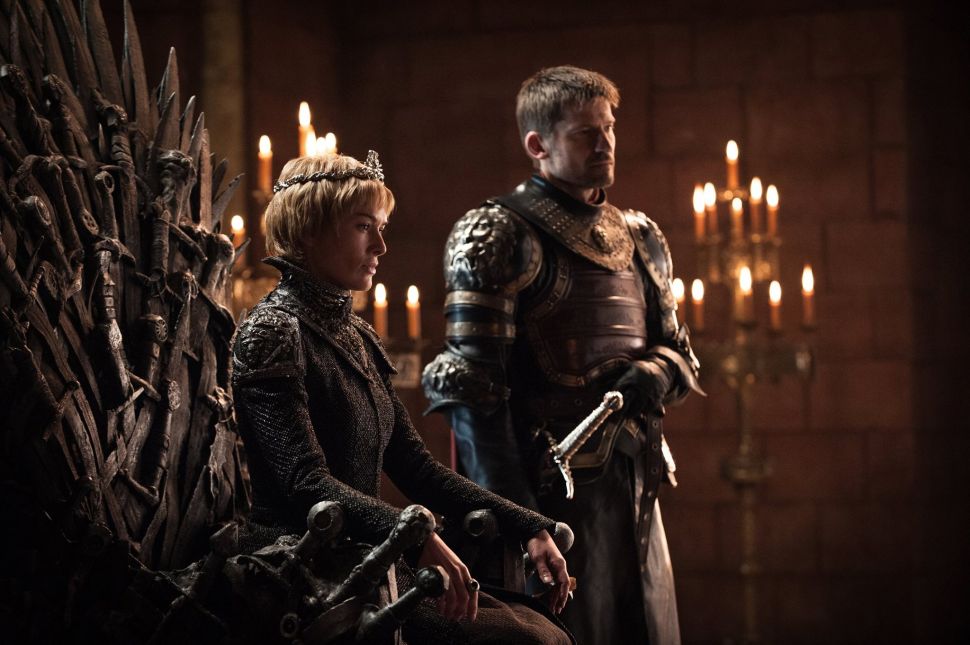