Game of Thrones is like an addicting drug. How else can you explain the record-breaking viewership numbers in an era in which streaming, cord-cutting and illegal downloading are tearing audiences away at an unprecedented rate? Though the series is coming to a close next season, fans thought they could get their fix with any one of the handful of spinoffs HBO is developing. Unfortunately, they may be left jonesing for longer than they thought.

HBO president of programming Casey Bloys provided updates on old series and insights into new shows at Wednesday’s Television Critics Association (TCA) press tour. He also revealed when fans can expect the first Game of Thrones spinoff to premiere. Since the network understandably doesn’t want to steal any of GoT‘s thunder over its remaining two-season swan song, the first spinoff won’t launch until at least one year after the last season.

“The No. 1 priority in all of this is the final season of Game of Thrones,” Bloys said, via EW. “I don’t want to do anything with a spin-off or anything that detracts or distracts from that. That season will happen and my guess is it would be at least a year before you saw anything else. What I don’t want is the attention to be drawn from the final season, which I think is going to be epic and amazing and somehow have the distraction of a new Game of Thrones airing right after that. It’s best to separate it and that’s what we’ll do.”

Game of Thrones is HBO’s most popular series of all-time by a wide margin, so it makes sense that executives A) want to give it a proper and uninterrupted sendoff and B) want to mine the material for all it’s worth. As EW reported back in May, the network is developing four different prequel series alongside A Song of Ice and Fire author George R.R. Martin. Sadly, none of them will feature familiar characters, so Robert’s Rebellion is a no go (bring on Aegon’s Conquest!).

Bloys hinted to THR earlier this month that the network is hoping at least one of those series reaches its air date (it would be the first time the network launched a spinoff from a preexisting series). As of now, that appears to still be their thinking. “We’ll be lucky to get one that hits and we’re hopeful and we’ll see,” he said.

But still, more Game of Thrones material is a good thing. 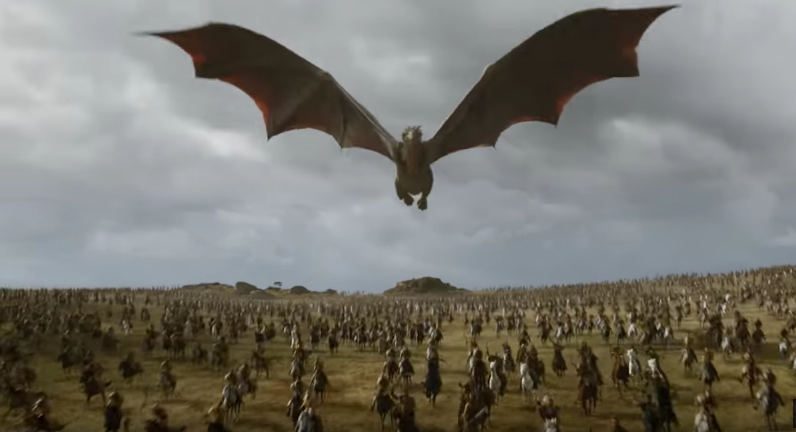