The Girl Scouts of the USA will be awarding cybersecurity merit badges starting next year, but the first phase of their mission to get young women involved in STEM fields has already begun.

The organization added 23 new merit badges this week, with the vast majority of them in STEM fields. This represents the largest programming rollout for scouts in nearly a decade.

These badges will give young women the opportunity to “create algorithms, design robots and racecars, go on environmentally conscious camping trips, collect data in the great outdoors (and) try their hand at engineering,” a Girl Scout press release said.

The organization worked with groups like the Society of Women Engineers, Code.org and GoldieBlox to create lesson plans for the badges.

Scouts in kindergarten through 12th grade are eligible to earn the new badges. “Daisies” (girls in kindergarten and first grade) will learn about what robots do and how they move. They will then build their own bot prototype, learning about simple machines like gears, levers and pulleys along the way.

Older scouts can learn about everything from aviation design to artificial intelligence.

Girl Scouts CEO Sylvia Acevedo (a former scout herself) is particularly passionate about STEM topics since she’s a literal rocket scientist: she was one of the first Hispanic students, male or female, to earn a graduate engineering degree from Stanford University. The former tech executive’s first job was as a rocket scientist at NASA’s Jet Propulsion Laboratory in California.

“A lot of girls haven’t made that shift from using technology to ‘You can actually be a programmer,'” Acevedo told NBC News. “That you’re the one who can make that coding. For a lot of girls, they need to have that hands-on experience so they feel confident.”

Indeed, women are vastly underrepresented in tech industries: according to a study by The Center for Cyber Safety and Education, females hold only 11 percent of cybersecurity jobs globally. And just five percent of startups are owned by women.

An information vacuum could also be to blame: the Computing Technology Industry Association reports that 69 percent of women who don’t pursue technology careers make that choice because they don’t know what options are available to them.

The Girl Scouts want to reverse that trend for their 1.8 million members. And they’re not alone: 81 percent of U.S. voters think preparing girls for leadership roles should be a national priority. Here’s hoping the popular opinion wins out here. 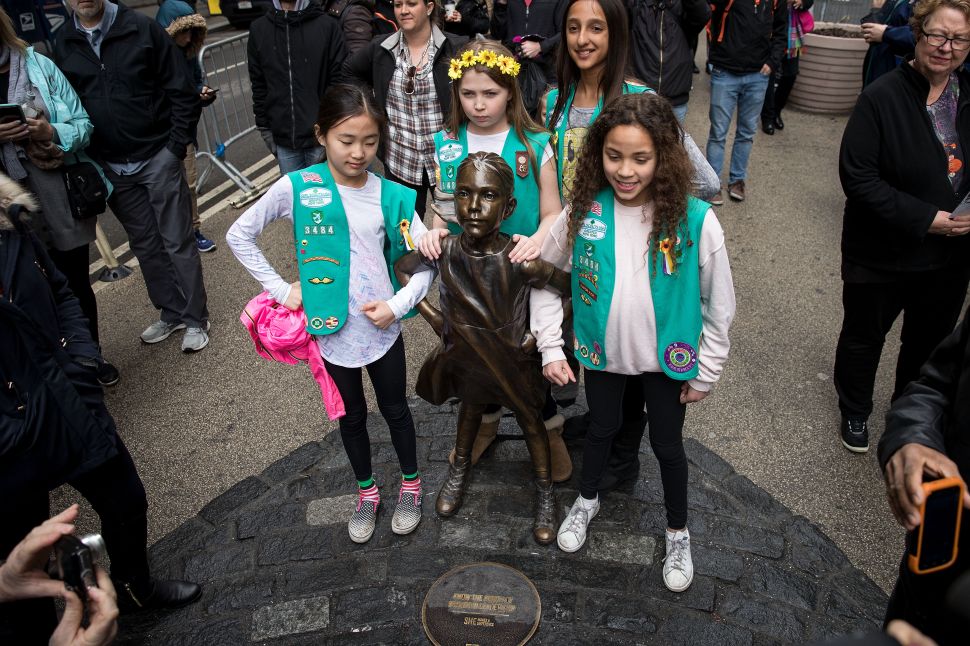