UPDATE 2: Patinkin told Tbe New York Times today that he was cancelling his plans to appear in The Great Comet because of the diversity issues. “I would never accept a role knowing it would harm another actor,” Patinkin said. “I hear what members of the community have said and I agree with them. I am a huge fan of Oak and I will, therefore, not be appearing in the show.”

UPDATE 1: In an Instagram post this morning, Onaodowan confirmed that he is leaving Great Comet August 13 and will not be returning. “I am grateful to have had the time to bring this character to life with a remarkable cast that truly make the Imperial Theatre a sacred place every night,” he wrote. “My work is just a reflection of what they bring, have brought and will continue to bring, be it me, Mandy or whoever is co-pilot to Denee (Benton, his costar).”

Mandy Patinkin is coming back to Broadway! Great news, right?

Yesterday the producers of the hit musical Natasha, Pierre & The Great Comet of 1812 announced that the Tony winner and Homeland star would appear in the show for three weeks only. Patinkin is scheduled to play Pierre from August 15 to September 3.

Theater fans initially rejoiced at the news—Patinkin hasn’t appeared on Broadway for five years, and hasn’t had a lead role in a musical since 2000.

But talk inevitably turned to the future of the actor currently playing Pierre, Okieriete Onaodowan. The Hamilton alum just joined the cast of Great Comet on July 11 (a week later than planned) and his contract was supposed to run through Labor Day. He will now leave the show on August 13.

Fans quickly focused on the fact that Onaodowan, an actor of color, was being replaced by Patinkin, who is white.

Actors of color on Broadway are required to make themselves famous enough to be in the shows that white actors get famous from.

"It'll be great, we will have two black leads and it'll be like Hamilton. It's not working?? Quick, get a white actor back in here!"

Actors of color can't even express frustration w/ inequality in the arts for fear of being met w/ even fewer opportunities to rise.

stop treating actors of color as your token choice for a quick boost in sales and nothing more. do better, broadway. so disappointed.

he "graciously agreed", right. because what else could he possibly have done without destroying his career @GreatCometBway ?

Casal and others lambasted Great Comet for abandoning diversity to increase ticket sales, noting that the show’s three current leads are black (notable for a show set in 19th century Russia).

Dang I remember when @GreatCometBway bragged about people celebrating their diverse cast on their feed 14 hrs ago! Then cut @OakSmash. pic.twitter.com/0XA9vkcnjn

so you literally RT that tweet about having 3 afri-americans and then right after that you tweet that one of them is being replaced ???? pic.twitter.com/tuHh2r0O3q

Broadway Black, a site which highlights the achievements of minorities on Broadway, reported critically on the news. The site’s Twitter account also retweeted criticism from black Broadway stars.

You raise valuable questions @BroadwayBlack.
No tea, no shade. But real questions. https://t.co/vK3sw87IHu

Also… thank you @BroadwayBlack for covering this because everyone else just says, YAY MANDY PATINKIN. (Whom I also love and respect)…. https://t.co/UVBzUeC1Zl

“Oak, who was scheduled to appear as Pierre for this period, graciously agreed to make room for Mandy, and we sincerely hope that Oak will return to us in the fall or winter,” he told Broadway.com. “He is a terrific Pierre.”

Many people critiqued Kagan on social media for using the phrase “make room,” suggesting that it had racial undertones. They used the hashtag #makeroom to show their frustration.

Telling lead actors of color to #makeroom? Really? @GreatCometBway #makeroom is the new code for "still not your turn"

#makeroom for @OakSmash. He deserves so much better than this. Shame on @GreatCometBway casting directors! pic.twitter.com/SZmT8wrs7o

#makeroom for okieriete, who's put his heart and soul into this role. pic.twitter.com/Xk9Nn0RilP

#makeroom for Oak. You call yourselves diverse and then you do this. I love you Great Comet. But I'm speechless

Onaodowan has not yet publicly commented on the casting decision. Patinkin did not comment on the racial aspect, though he told Broadway.com that he was excited to “(learn) the words and music of this amazing piece.” 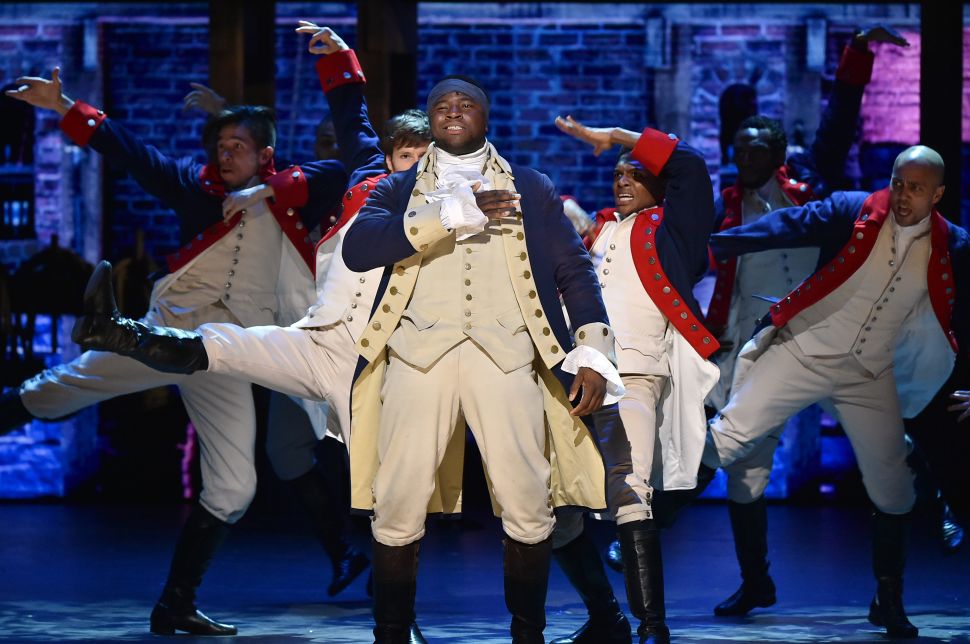