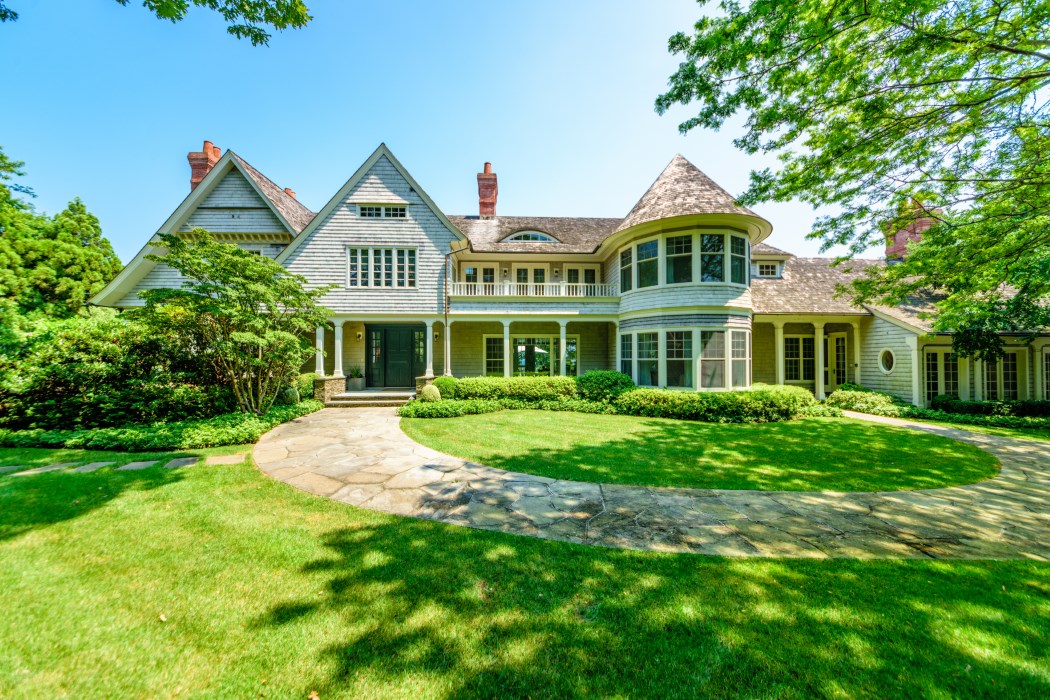 Harvey Weinstein and Georgina Chapman just lowered the price of their dreamy Hamptons home. Scroll through to peek inside.
Sotheby's International Realty 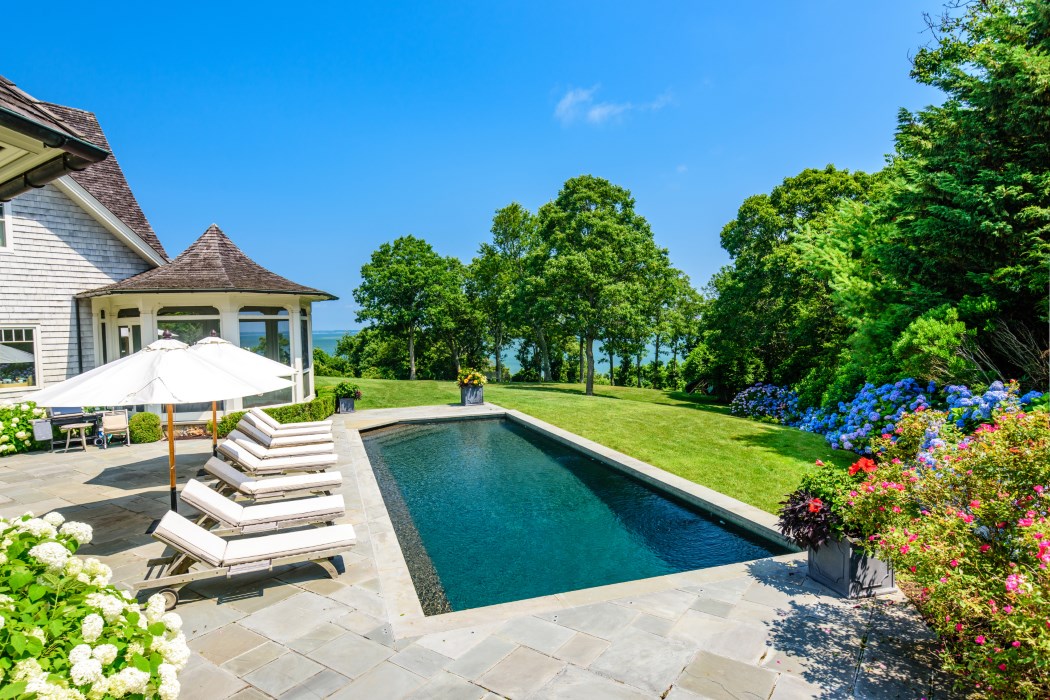 The heated pool is adjacent to a Jacuzzi and pool house.
Sotheby's International Realty 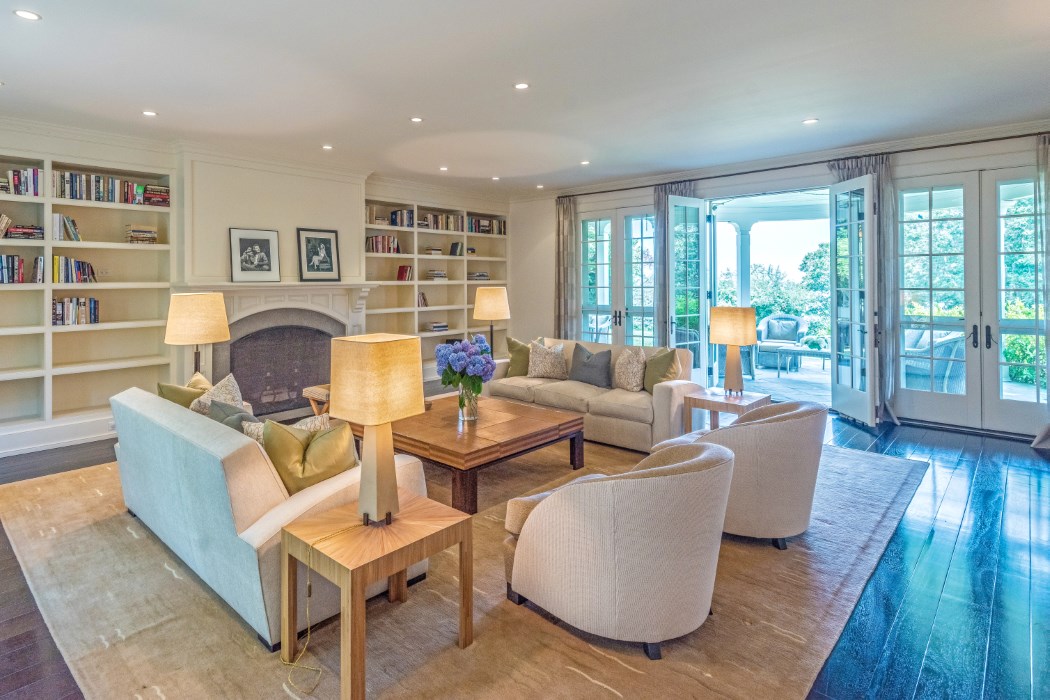 There are a total of fire fireplaces throughout the home.
Sotheby's International Realty 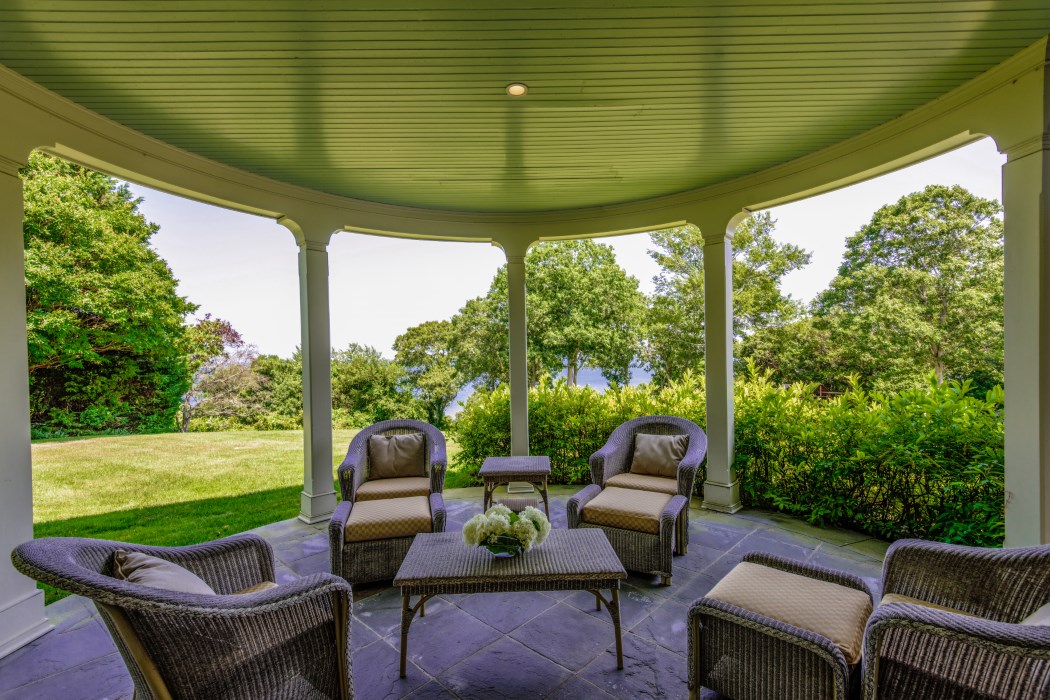 And the house is right next door to the one the Clintons rented for two years.
Sotheby's International Realty
Advertisement 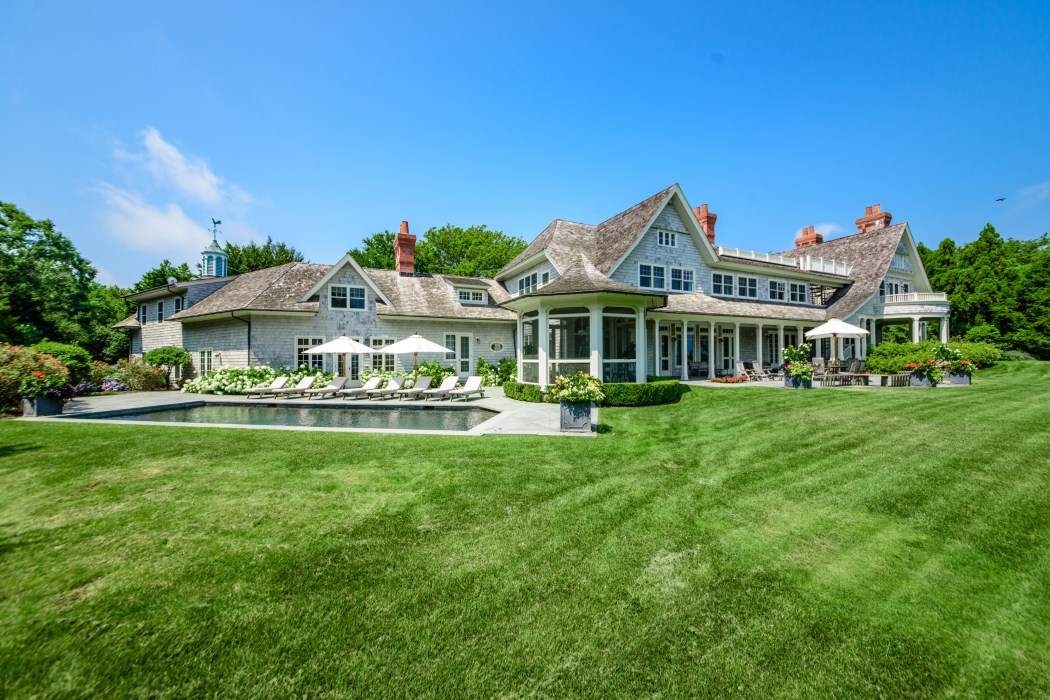 They bought the home just over three years ago.
Sotheby's International Realty 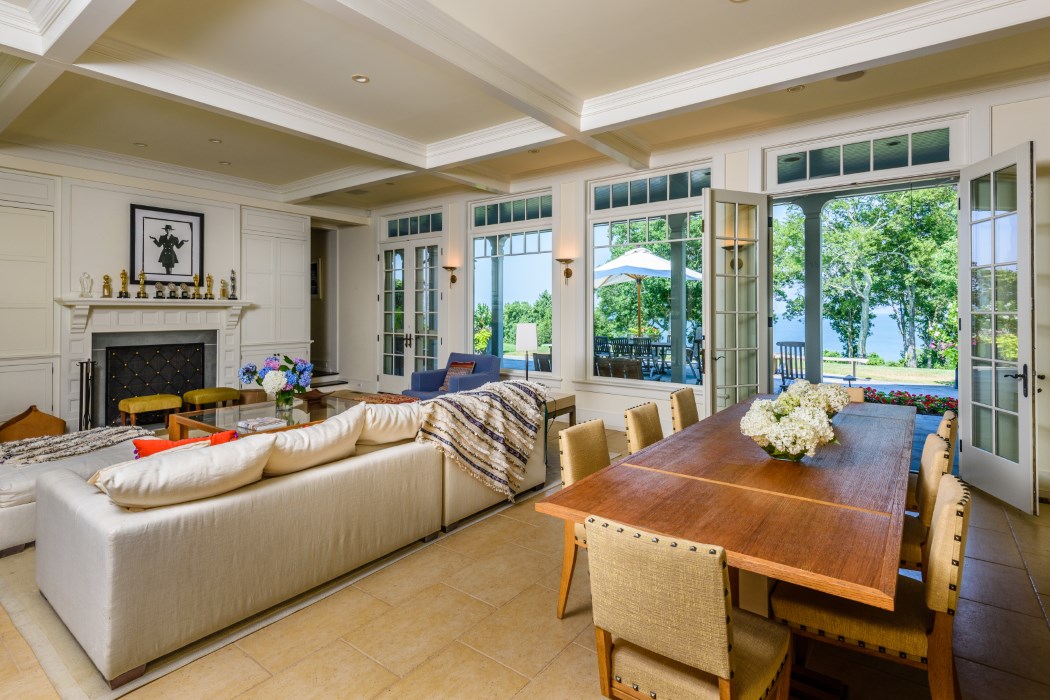 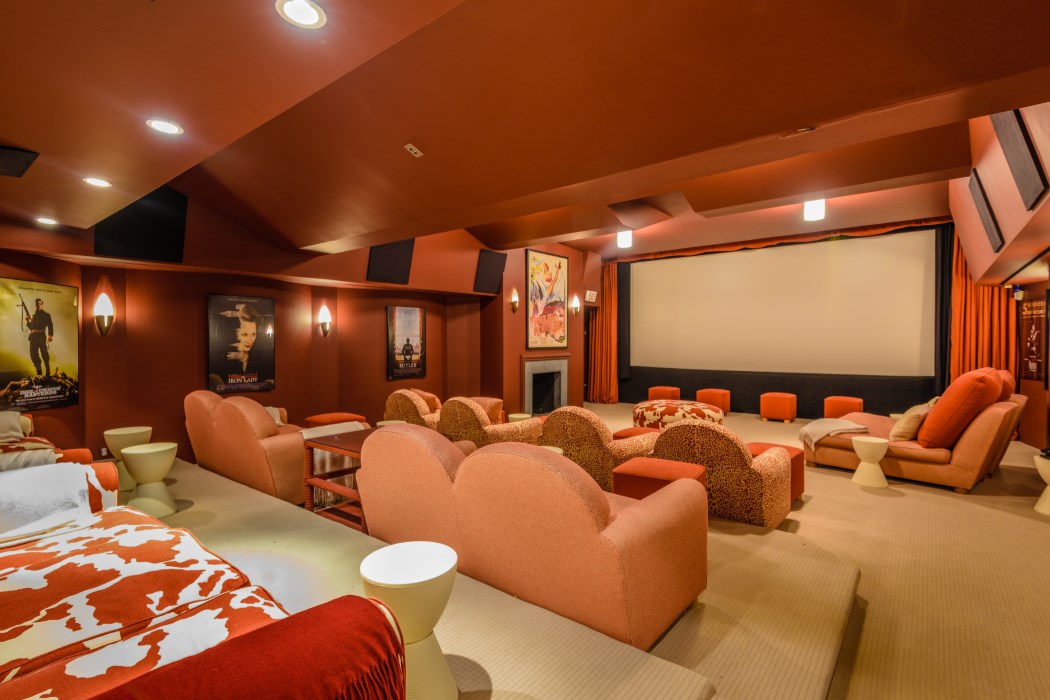 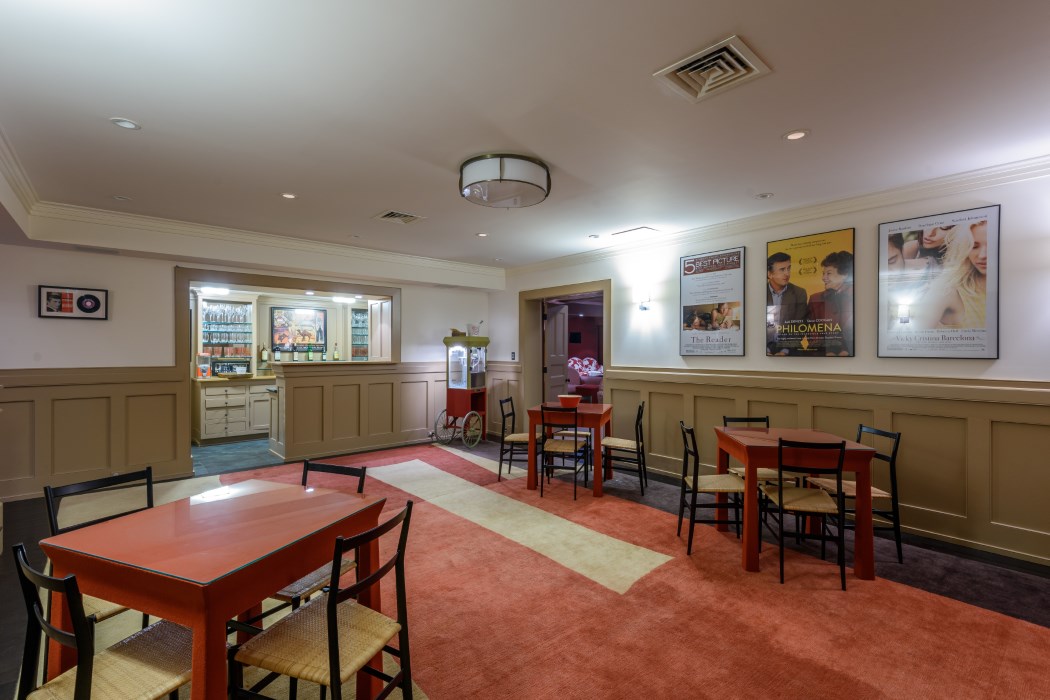 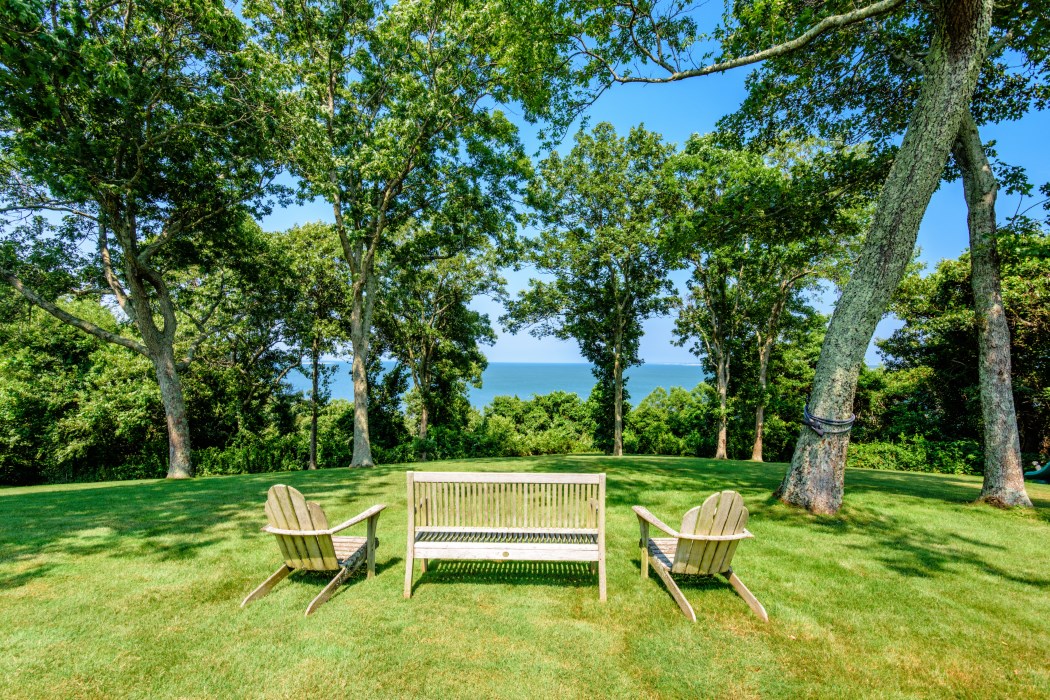 The couple is selling the home because they aren't using it quite as much as they'd like.
Sotheby's International Realty 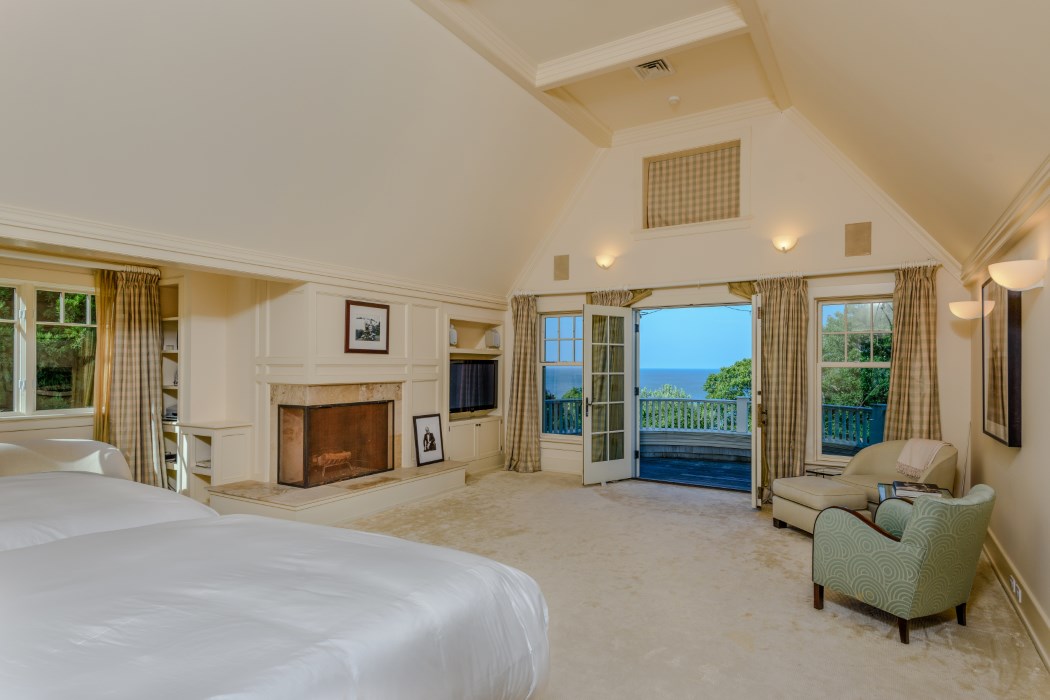 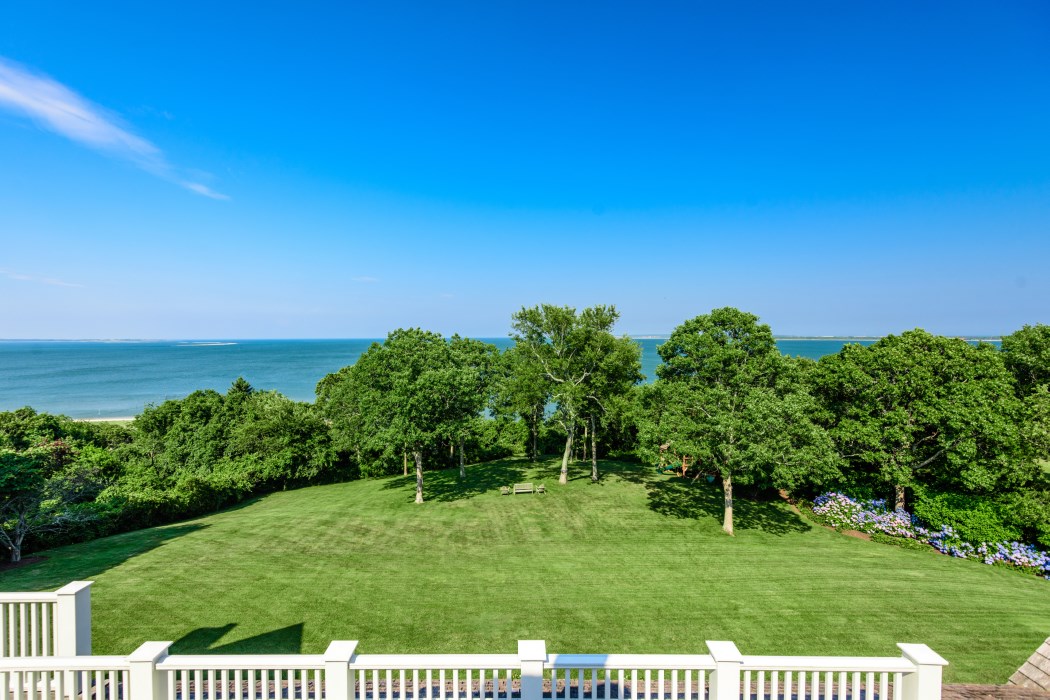 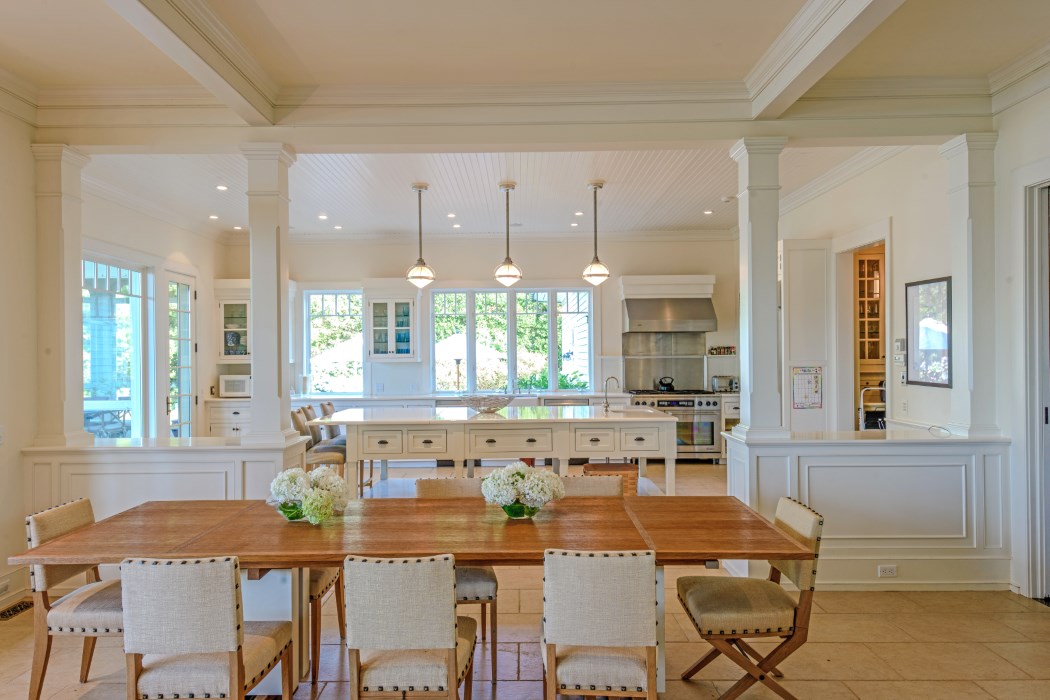 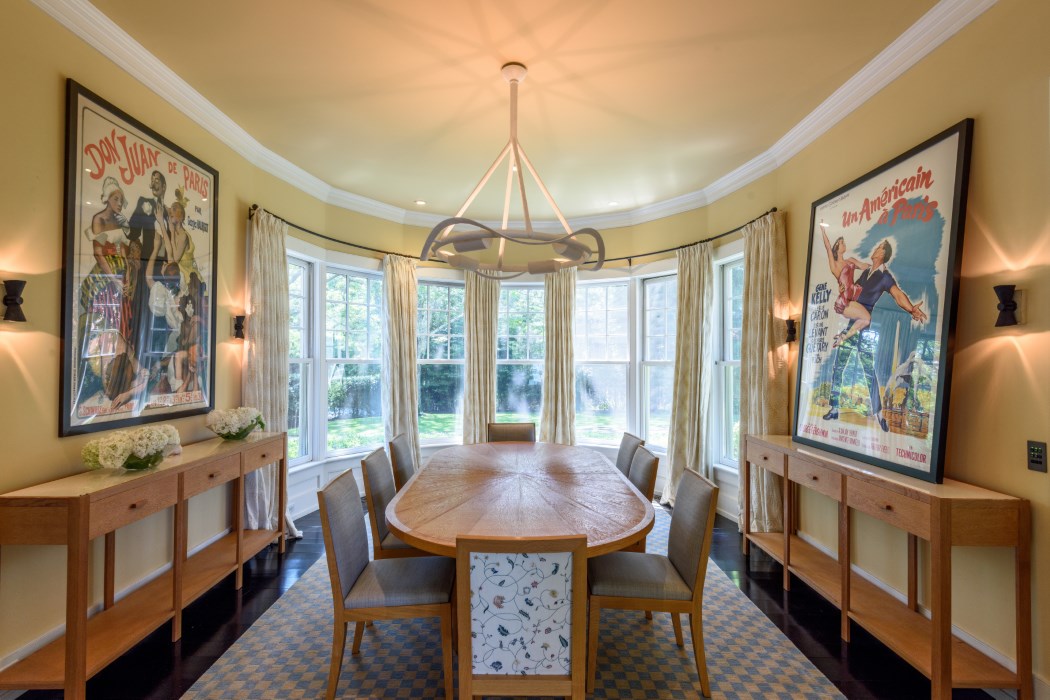 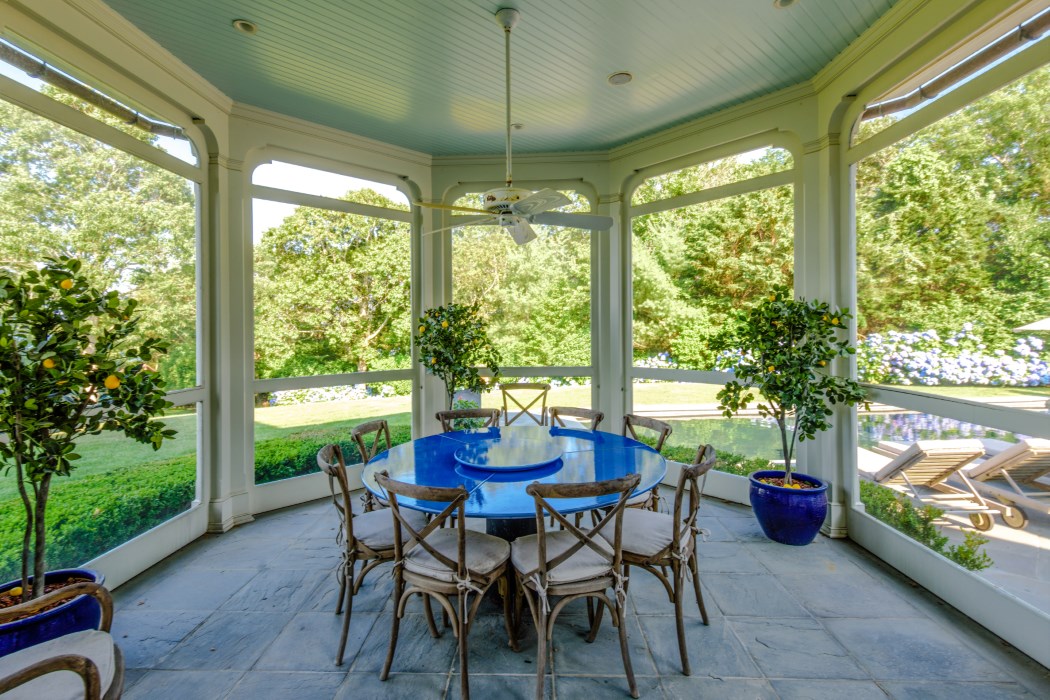 There are outdoor dining options, too.
Sotheby's International Realty 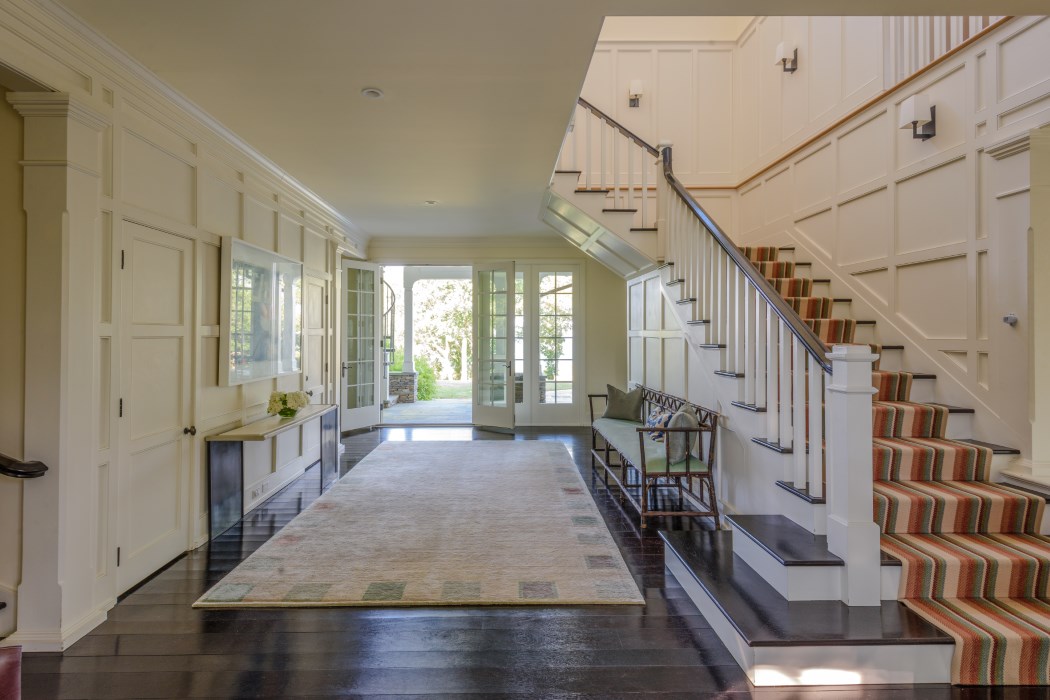 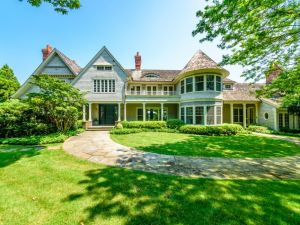 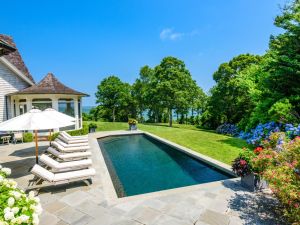 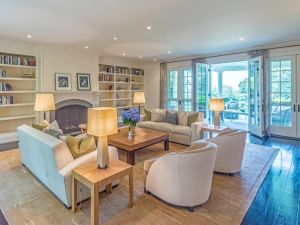 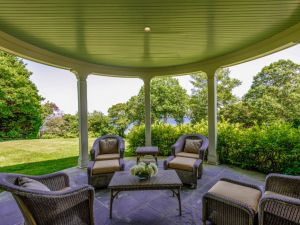 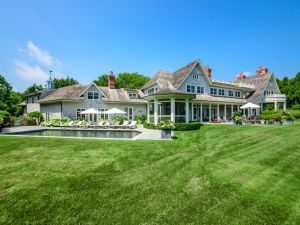 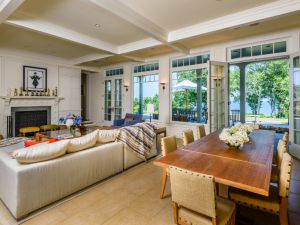 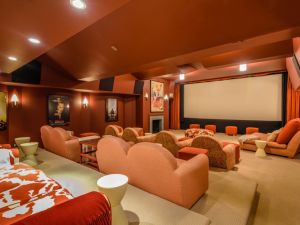 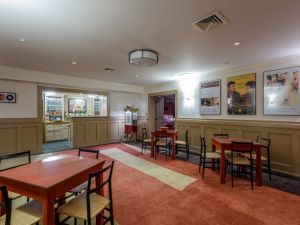 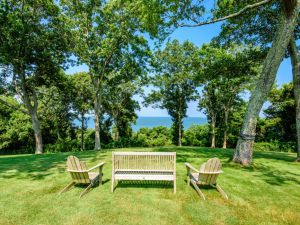 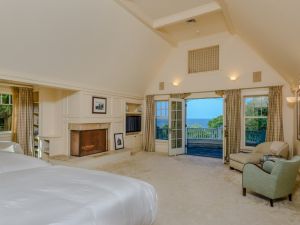 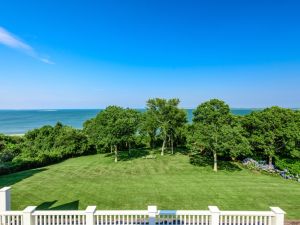 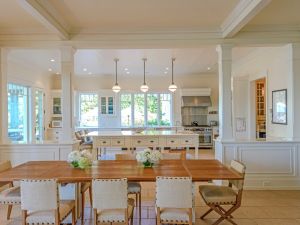 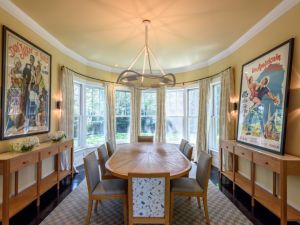 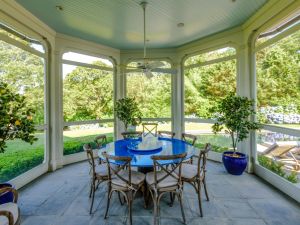 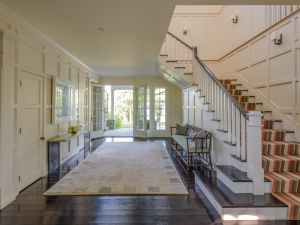 Throughout summer, most people are on the lookout for a Hamptons property to purchase, rent or just use for the weekend, but others are focusing on offloading their beach homes. Indeed, Academy Award winning producer Harvey Weinstein and Marchesa co-founder Georgina Chapman are determined to rid themselves of their palatial waterfront home in Amagansett.

The Miramax and Weinstein Company co-founder and the fashion designer bought the 9,000-square-foot mansion for $11.4 million a touch over three years ago, in June 2014. But only two years after they bought the seven-bedroom, 7.5-bathroom abode, they decided it was time to bid the home farewell, and put it in the market in May 2016 with Corcoran, for $13.5 million.

Alas, it appears there weren’t too many takers, and the listing was subsequently taken down. But now it’s back, with a reduced ask of $12.4 million and a brokerage switch to Sotheby’s International Realty. Weinstein and Chapman wants to sell their home because they apparently don’t get out to the Hamptons quite as often as they’d like, as they told the Wall Street Journal, but surely this luxe beach home will be hard to say goodbye to.

The waterfront location is ideal, as the gated home features 260 feet of frontage on Gardiner’s Bay, with very impressive views. It’s on a tad under two acres, and it has deeded beach access, along with a waterside heated pool and a Jacuzzi. There’s also a pool house on the property.

The airy layout of the three-story home allows for an indoor-outdoor living style, and nearly every room in the home opens to the outside. The eat-in kitchen is open to the family room, and in addition to indoor eating accommodations, there’s also a screened dining porch, with views, of course.

The vaulted master suite has its own private balcony, and the staff wing of two additional guest suites has a separate entrance. The rooftop deck provides “views to Montauk,” per the listing shared by brokers Beate Moore and Frank Newbold, and there are five fireplaces in the house.

The couple also entirely finished the basement floor, which has a steam shower and sauna, fitness center, recreation room, wine room and of course, “one of the best screening rooms in the Hamptons.” The aforementioned movie room’s walls are covered in film posters Weinstein worked on, and the widescreen has 3-D capability. There’s also a serious movie candy situation in the form of a chic refreshment bar, in addition to a classic popcorn machine.

And along with the views, you’re likely to see many a famous face in the celeb-loved locale. In fact, Bill Clinton and Hillary Clinton rented the home just next door to Weinstein and Chapman’s in 2014 and 2015.