On July 27, the title for Hillary Clinton’s upcoming book about the 2016 presidential election that she arrogantly thought she would win was released. Unironically, the title is What Happened, sans a question mark. On top of being an opportunity to make money and rehabilitate her image, the book gives Clinton further control over the narrative of the election.

The Hill’s Amie Parnes, who co-wrote Shattered: Inside Hillary Clinton’s Doomed Campaign, reported that Clinton’s new book will “double down on Russia’s interference and James Comey’s involvement in her stunning election defeat, according to sources familiar with the memoir.” It likely won’t mention fault in refusing to campaign in Wisconsin or her campaign’s strategy of not putting resources into Michigan to try to signal that it wouldn’t be a contested state. Nor will it mention that millennials of color didn’t vote for Hillary Clinton.

Jonathan Capehart wrote in an op-ed for The Washington Post, “What we clearly see in the focus groups is they don’t regret what they did. ‘They’ are millennials of color who either didn’t vote or voted third party. And for Cornell Belcher, the president of Brilliant Corners Research & Strategies, who was the pollster for the Democratic National Committee under then-Chairman Howard Dean and for both of Barack Obama’s campaigns for the White House, this makes them the new swing voters the Democratic Party should be trying to win over.” The New York Daily News‘ Shaun King warned during the Democratic primaries in February 2016 that the Democratic National Committee’s refusal to put any resources in voter registration drives and voter turnout initiatives early on “could cost the White House.” Clinton supporters were so focused on whitewashing Sen. Bernie Sanders’ campaign that they took large demographics of voters for granted. Because she thought she would win voters who voted for Obama in 2008 and 2012, her campaign focused on anti-Trump rhetoric and courting moderate Republicans.

Ignoring the facts of why Hillary Clinton lost to Donald Trump, her support base responds with disdain to any semblance of criticism. Senate Minority Leader Charles Schumer recently noted that the blame for Democrats’ losses and Clinton’s loss lies with Democrats. His brief comments accepting accountability incited consternation from many Clinton supporters, who insist the path to success is establishment politics. In their defense of Clinton, they attack Bernie Sanders for not being a “real” Democrat. But it’s not Bernie Sanders who drove the Democratic Party into the ground, nor is it Sanders who continues to be disconnected with voters. Sanders also had no hand in making corruption and elitism the norm for the Democratic Party—that would be Hillary Clinton. 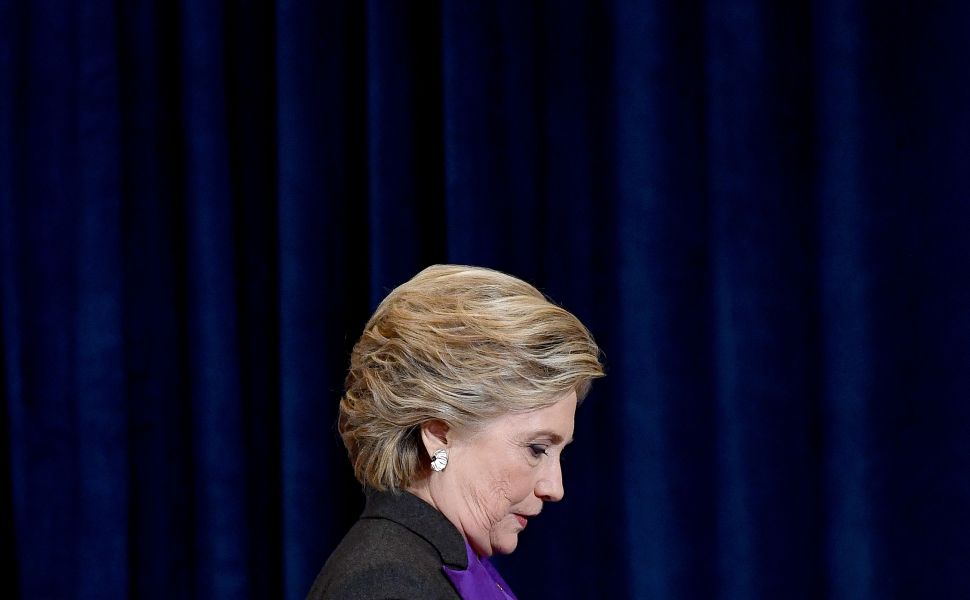