In an article published in Nature on July 20, scientists reported the results of a study in which four cows that had been injected with an HIV protein produced broadly neutralizing antibodies in just 42 days—a feat that would take the small percentage of humans who are capable of this several years.

“No immunogen to date has reliably elicited broadly neutralizing antibodies to HIV in humans or animal models,” the authors, who are backed by the National Institute of Health, noted. Their study marks the first occurrence of any animal producing these powerful immunoglobulins in response to HIV. Researchers hope the study can provide information in understanding how to induce a similar response in humans, which could lead to the development of a reliable vaccine for HIV. “Immunization of cows may provide an avenue to rapidly generate antibody prophylactics and therapeutics to address disease agents that have evolved to avoid human antibody responses,” they added.

Development of an HIV vaccine has proven difficult because of how rapidly the virus mutates, and because of the number of strains that exist. The virus has also been known to mutate once it infects a person. The only clinical trial of a vaccine thought to exhibit some success was in a 2009 study in Thailand, which saw HIV infection rates decreasing by 30 percent.

Science News reported, “About 1 percent of HIV-infected people eventually generate broadly neutralizing antibodies that are especially potent and effective against many types of HIV. The development of these antibodies doesn’t seem to help infected people. But when given to monkeys before exposure to a virus similar to HIV, the antibodies prevent infection.”

In this recent study, researchers tested one of the cow’s antibodies against 117 types of HIV, resulting in a 96 percent success rate in preventing infection. The researchers hope that their study could help scientists figure out a way to produce similar antibodies in humans, potentially leading to a vaccine that could be used in HIV treatment.

What makes the cows’ antibodies, and that of a small percentage of humans, so unique in fighting HIV, is that the antibodies have long enough loops to penetrate the shield of glycan that surrounds the virus. It’s this protective layer that fends off normal antibodies. Cows are thought to be able to easily produce these antibodies due to their digestive system—which ferments grass and combats harmful bacteria in the process.

The director of the U.S. National Institute of Allergy and Infectious Diseases, Dr. Anthony Fauci, told BBC News in an interview, “from the early days of the epidemic, we have recognized that HIV is very good at evading immunity, so exceptional immune systems that naturally produce broadly neutralizing antibodies to HIV are of great interest – whether they belong to humans or cattle.”

One of the researchers involved in the study, Devin Sok, the director of antibody discovery and development at IAVI, added in an interview with Time, “as a scientist, this is really exciting. To put it into perspective, the first broadly neutralizing antibodies were discovered in the 1990s. Since then, we’ve been trying to elicit these antibodies through immunization, and we’ve never been able to do it until now. Until we have immunized a cow. This has given some information for how to do it so that hopefully we can apply that to humans.” 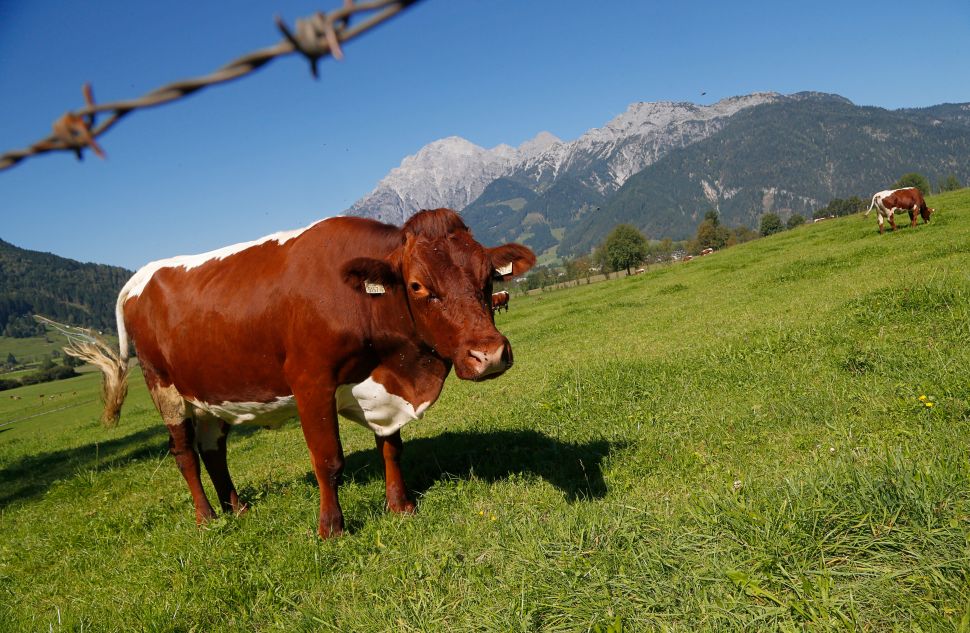