It was barely a month ago that the big hits of the 2016-2017 Broadway season saw the spotlight at the Tony Awards, and The Broadway League has already released its end-of-season statistics. Yielding $1,449,399,149 and with a total attendance of 13,270,343, this past Broadway season was the highest grossing and second-best attended season in recorded history.

So it’s understandable why the buzz still centers on productions like Dear Evan Hansen or the revival of Hello Dolly! But with the opening nights of two productions from the new 2017-2018 season under our belts, it’s time to direct our attention on what next year has in store for us.

A quick scan of next season’s offerings shows a clear trend emerging: an increasing number of box-office films are being adapted for the stage. While a few of these stage adaptations have already caught the public’s attention, such as SpongeBob SquarePants and Frozen, there are more in the works. Below is a selection of the screen-to-stage productions you can expect to see on Broadway this coming season or soon after.

COMING UP THIS SEASON:

The musical first premiered last June at the Oriental Theatre in Chicago and will begin Broadway previews on November 6 at the Palace Theatre before opening on December 4, according to The Hollywood Reporter. And if the prospect of watching a giant sponge on stage for nearly two hours doesn’t intrigue you, perhaps the musical’s score will draw you in thanks to contributions from a who’s who of the music world, including Grammy  winners Cyndi Lauper, Steven Tyler, John Legend, Lady Antebellum, David Bowie and others.

Mean Girls
Tina Fey is at it again. After writing the wildly successful 2004 film Mean Girls, which featured Fey as well as Lindsay Lohan in the lead role, you might have thought Fey was ready to put the story to bed. But she’s back, and she’s penned the script herself. She teamed up with three-time Emmy winner (and husband) Jeff Richmond, who wrote the music, and Tony nominee Nell Benjamin, who wrote the lyrics and also co-wrote the score to Legally Blonde, according to Digital Spy. This dream team has already gotten us excited with leaked song titles including “She Doesn’t Even Go Here,” “You Can’t Sit With Us” and “On Wednesdays We Wear Pink.”

Mean Girls is set to premiere at the National Theatre in Washington D.C. this October before making its way to the Broadway stage in March 2018, reports Playbill.

Frozen
Despite the fact that it’s nearly impossible to watch the 2013 film Frozen and not think it is bound for Broadway, when news of a stage version of the hit Disney film surfaced in 2014, the fan base nearly exploded. The adaptation will feature Robert Lopez and Kristen Lopez Anderson’s songs from the film, and they’ve also written new songs according to the Chicago Tribune. Frozen the musical has already been cast and will premiere August 17 at the Denver Center for Performing Arts before making its way to the St. James Theatre for its spring 2018 Broadway opening.

As opposed to most others on this list, this play is a completely new story; it is considered the eighth story in the Harry Potter franchise, the first seven of which were based on the books and made into eight movies. If you remember the excitement every time a new Harry Potter book or movie was released, you can imagine the kind of success this never before seen story—written by J.K. Rowling, Jack Thorne and John Tiffany—will garner next spring.

Marvin’s Room
The second production of the 2017-2018 season, Marvin’s Room opened on June 29 at the American Airlines Theatre after a preview run beginning June 8. The play was written by Scott McPherson and first premiered in 1990 at the Goodman Theatre in Chicago, and it has since been produced regionally and Off-Broadway, according to Playbill. If the play sounds familiar, that’s because the 1996 film of the same title featured some of our all-time favorite names in Hollywood, such as Meryl Streep, Diane Keaton, Leonardo DiCaprio and Robert De Niro, among others.

While it’s not technically a musical, it’s an honorary mention on this list for its star power and the fact that Carly Simon penned the original song “Two Little Sisters” for the film version, which notably included background vocals by Streep. Catch the Broadway debut before its scheduled closing date of August 27.

King Kong
While I’ve never gotten around to see the classic 1933 film King Kong, I might be compelled to check out the stage adaption on Broadway in the fall of 2018, which already had a successful premiere in 2013 in Australia.

13 Going on 30
An all-time favorite of mine, the 2004 film “13 Going on 30” with Jennifer Garner and Mark Ruffalo is being adapted by the original screenwriters, according to Playbill.

17 Again
Though I highly doubt we’ll get the chance to see 2009’s 17 Again film stars Zac Efron and Matthew Perry on the Broadway stage, we can still expect the stage adaption to appear on Broadway in the near future. Composing Alan Zachary and Michael Weiner have been making headway on this new musical, with a couple of songs already posted on the show’s website.

Clueless
This ’90s classic film, which was written and directed by Amy Heckerling,  will remain true to its musical era in the stage adaption. With a script written by Heckerling herself, the score will include ’90s pop, rock and R&B classics, according to Playbill.

The Devil Wears Prada
Although I must admit I can’t wait to see the adaptation of the 2006 classic film The Devil Wears Prada, based on the 2003 best-selling novel, on a Broadway stage, what I’m looking forward to most is Elton John’s score. I can’t imagine there will be an empty seat in the audience when it hits Broadway.

Magic Mike
I’m interested to see how the adaptation of the 2012 film Magic Mike—about male strippers—will be executed tastefully on a Broadway stage. But since Playbill reported that the musical was scheduled to open this past season and that clearly did not end up happening, maybe they’re still trying to figure that out themselves.

Pretty Woman
Julia Roberts’ performance in the 1990 film Pretty Woman got her an Oscar nomination for Best Actress, so those knee-high stiletto leather boots certainly will not be easy shoes to fill. So far, no cast has been announced for the film’s stage adaptation, which is expected to hit the stage in the upcoming 2018-2019 season, according to Entertainment Weekly. 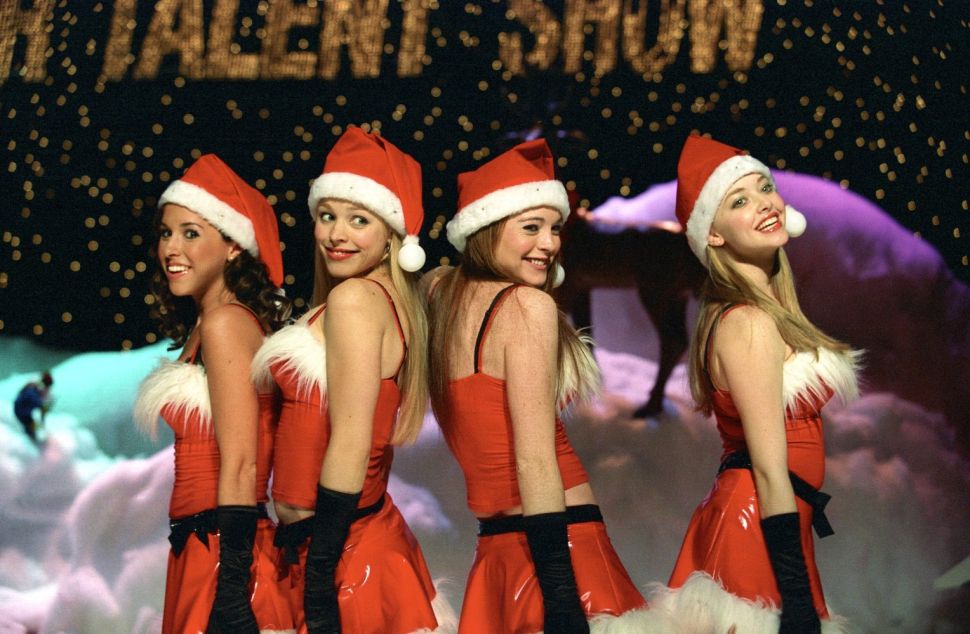