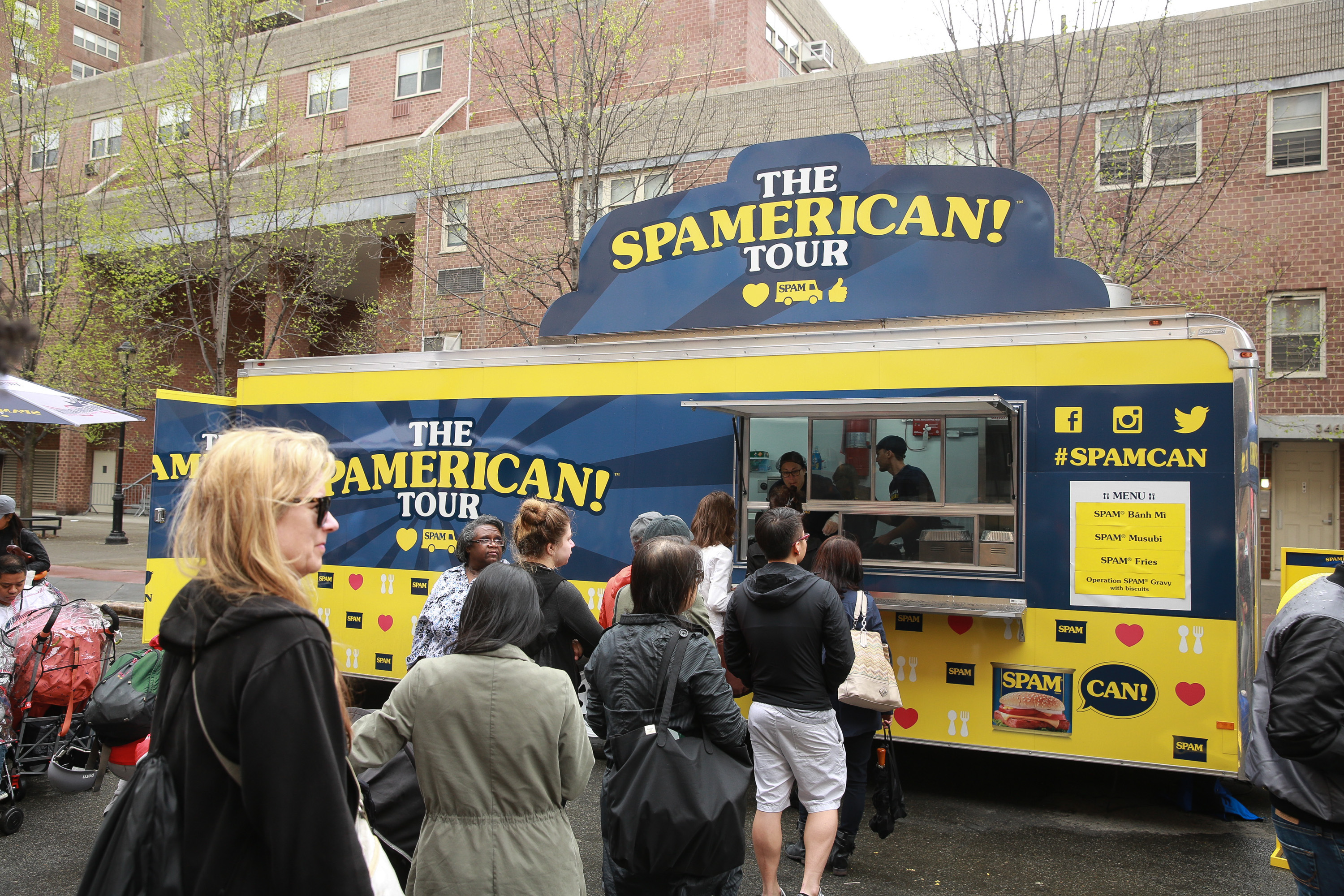 While you might think of Spam as a basic canned meat, it’s actually one of the greatest business success stories of all time: Since Hormel Foods Corporation launched the affordable, canned pork product in 1937, it’s sold over eight billion cans in 44 countries around the world.

On July 5, Spam celebrates its 80th anniversary. It’s fitting that this comes only a day after the birthday of the United States. The product is up there with Coca-Cola, McDonald’s and Pizza Hut as one of the most distinctive American brands of all time.

As a consumer behavior researcher, I believe Spam’s widespread success can be attributed to two factors: it addressed a real need, and also formed an emotional connection with its consumers, by tapping into American ideals like ingenuity and resourcefulness.

The original recipe included chopped pork shoulder meat with ham, salt, , sugar and sodium nitrite. (This remained unchanged until 2009, when Hormel added potato starch in an effort to eliminate one of the product’s less attractive features: the gelatin layer created by the cooking process.) At the time it was introduced, it was the only canned meat product on the market that needed no refrigeration. This feature gave Spam a significant competitive advantage.

Hormel also created buzz around its new product by sponsoring a name contest to promote it.

The winner was an actor named Kenneth Daigneau, who was awarded US$100 for coming up with the name “Spam.” (He was also the brother of Hormel’s vice president, so there may have been a bit of nepotism involved.)

Anointed with its new name, the product was buoyed by a heavy advertising effort that emphasized its versatility. For example, in 1940, Hormel fielded submissions from Spam fans to create a 20-page recipe book featuring 50 ways of incorporating the canned meat into meals.

Homemakers readily embraced Spam, and it became a popular lunch and breakfast meat. But sales really took off during World War II. Over 150 million pounds were used in the war effort, making Spam a cornerstone of troops’ diets. (Soldiers also used Spam’s grease to lubricate their guns and waterproof their boots.) In each country where they were stationed, American soldiers introduced it to the locals, giving foreigners their first taste of Spam.

Since then, Spam has become a sought-after product in many countries around the world, especially those that have faced economic hardship. Because it’s cheap, filling and has a long shelf life, it addresses a real need.

As American as apple pie?

But how did it become such a cultural icon?

In a 2012 paper, marketing researchers Rajeev Batra, Aaron Ahuvia and Richard P. Bagozzi developed a model of “brand love.” Based on studies on consumers’ brand attachment, they showed that in order to form meaningful attachment with brands, consumers need to experience them in ways beyond simply buying and using the product.

Hormel seemed to intuitively understand these ideas. Simply selling a cheap, useful product wouldn’t be enough. In creative and humorous ways that went beyond traditional advertising, they appealed to consumers by positioning the brand as a patriotic food that reflected American ingenuity – with a streak of eccentricity.

In the years after the war, the Hormel Girls – a musical troupe of female World War II veterans – traveled the country performing songs and promoting the product. The group even starred in a top-rated radio show on three national networks.

These marketing ventures were accompanied by the introduction of new products and flavors. The Spamburger (1992), Spam Lite with 50 percent less fat (1995), Spam Hot and Spicy (2000), Spam with Bacon (2004), Spam Teriyaki and Spam Jalapeño (2012) reflected consumers’ evolving tastes and preferences. Spam Spread was even introduced just in case you’re “a spreader, not a slicer.”

Refashioning Spam in the 21st century

In other cultures around the world, Spam is viewed as a distinctly American product, though it’s been incorporated into local cuisine in creative ways. In Hawaii – where seven million cans are sold each year – McDonald’s franchises will offer Spam-based products, like Spam, eggs and rice. The Spam Musubi – Spam on rice wrapped in seaweed – is also a popular snack and lunch food.

In South Korea, Spam is considered a popular holiday gift, while in the U.K., the Spam fritter is served with chips and mushy peas in burger bars. In the Philippines, Spamsilog is a common breakfast meal of Spam, fried rice and sunny-side up egg.

Back in the United States, restaurateurs have seized upon Spam’s place in the cultural imagination to (somewhat ironically) incorporate the product in refined dishes. At San Francisco’s Liholiho Yacht Club, you can get Spam fried rice with uni and mushrooms. Animal in Los Angeles offers foie gras and Spam, while New York City’s Noreetuh serves Spam agnolotti with burgundy truffles. It was even featured in a culinary challenge on Season 11 of Top Chef.

When Spam was first introduced, Hormel was eager to promote the product’s versatility with taglines like “Cold or hot…Spam hits the spot.”

But with the canned meat moving from the front lines of World War II to $40 entrees at high-end restaurants, its various incarnations have likely surpassed its inventors’ wildest visions.

Ayalla A. Ruvio is an Assistant Professor of Marketing at Michigan State University. This article was originally published on The Conversation. Read the original article. 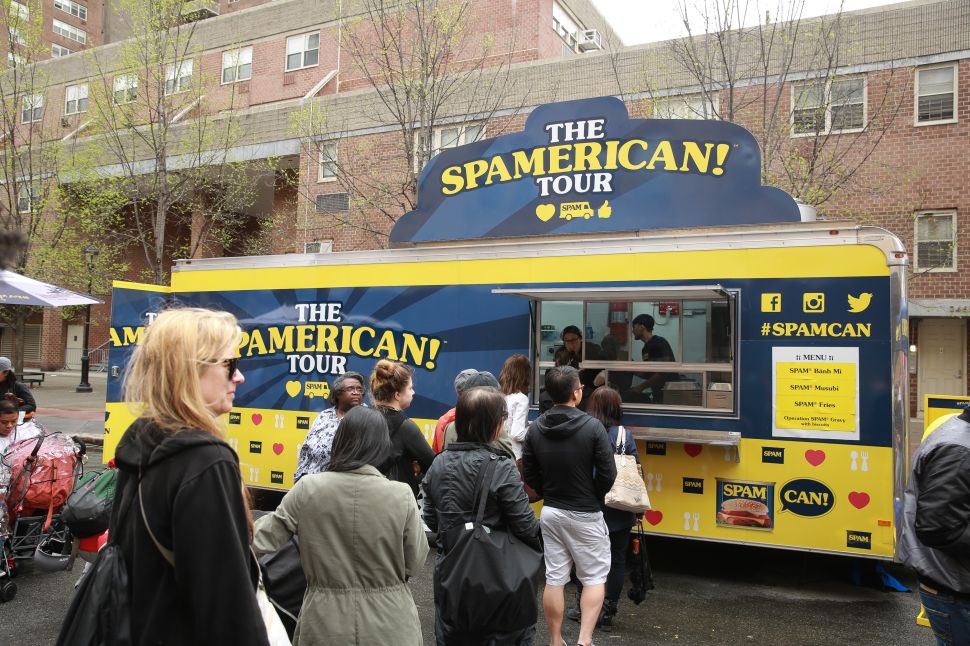