Welcome to our new weekly comics column, Near Mint, where media guru Johnnie Martin discusses all the KAPOW! that’s fit to print. This week: My thoughts on the controversy surrounding Howard Chaykin’s graphic cover for Divided States of Hysteria #4.


Last weekend, Image Comics changed the cover of Howard Chaykin’s Divided States of Hysteria #4 from its original controversial picture that featured a graphic depiction of a Pakistani man hanging by the neck with mutilated genitals, marked with an offensive slur. This came after a string of tweets from comics creators (some of whom work at Image) as well as an article in the Guardian berating Chaykin for his choice of imagery. This isn’t the first time the series has found itself in hot : During the first week of Pride Month, Chaykin received backlash for another Hysteria plotline involving a trans sex worker brutally beaten by her clients and subsequently arrested. In that instance, Chaykin responded with an aggressive rant.

I’ve been hesitant to write on the Divided States of Hysteria since Image has announced that certain issues would be going to second printing to meet demand from readers. This is, after all, niche publishing, and sometimes controversy can lead to sales for otherwise unremarkable stories. (See early video games like Death Race, Custer’s Revenge and Night Trap.) But the sheer volume of Howard Chaykin news this week has forced me to spend a lot of time thinking about a comic I’ve been uninterested in since it first launched with an altogether unoriginal “hijab plus flag equals the future of America” cover. But I found the idea of your average comic book shop patron (especially a young reader) being subjected to Chaykin’s cover art disturbing. This statement might seem obvious to some, but while an artist has every right to distribute graphic or violent art, I also have a right not to like it.

That said, I was equally troubled to see talented draftsmen Kaare Andrews tweeting his disagreement with the decision to pull the cover, while at the same time criticizing fellow artists who supported Image’s decision to swap it out for something less graphic.

I can understand being offended by Art. Art has power. I cannot for the life of me understand fellow artists calling to censor Art.

Andrews’ later tweets cited quotes from the Comics Code Authority, a set of strict guidelines set by an independent regulatory group for comics that affected publishers from 1954 until 2011, according to the Comic Book Legal Defense Fund. However, there are a lot of things about this situation with Chaykin that separate it from more sinister forms of censorship. For example, under the CCA, comic book titles could no longer include words like “crime” and “terror,” a rule that effectively destroyed horror comics publisher EC Comics. NPR’s Glenn Weldon described the code’s impact on the industry in a 2011 article and said, “The new code was to comics what the Hays Code was to movies—an attempt to ensure that the content was wholesome and morally upright. Crime would not pay, and iniquity and turpitude would be punished.” The CCA was also notorious for trying to ban the comic book Judgement Day, simply because it had a black protagonist.

The Comics Code came about in part because of a series of the 1954 Senate hearings on juvenile delinquency in comics. According to Matthew J. Costello’s Secret Identity Crisis: Comic Books and the Unmasking of Cold War America, the industry was worried about government regulation, and in response, the Comics Code issued seals of approval to titles that met its standards. The unfortunate result was that wholesalers could refuse to distribute comics that didn’t live up to the “good triumphs over evil” and “lawmakers and police are good people” tropes that the code of ethics enforced, according to a spokesperson from the CBLDF, who spoke with me by phone.

What sets the CCA apart from Image’s decision to not publish Chaykin’s cover is that the CCA was created in response to pressure from the government. If the government starts holding hearings regarding how to regulate comics from attacking Muslims and trans people, then maybe we can have a conversation about how this work is being mistreated.

Another thing that makes the controversy over Chaykin’s cover different from other forms of censorship is that The Divided States of Hysteria is a work of fiction and doesn’t purport to be based on any real life stories. If this were a journalistic work reporting on a violent attack on Pakistani immigrants, it would make sense to report the events as they happened—violent or otherwise. However, Chaykin’s image is inspired by current events and clearly intended to provoke readers. Although art often mirrors society, it is also up to society to decide whether these fictions are relevant.

It was, however, irksome to see people tweeting that Image creators should speak out against the company they work for. Comic book writers do not live in golden palaces; they make an average living in a tempestuous industry where you can be working one minute and out the next. In a 2015 survey of 186 industry professionals by SKTCHD, only 40 percent of them were able to make a full-time living off of comics. If a creator chooses not to speak out on an issue because it could affect their chances of feeding their family or even having a tolerable work environment, none of us are to judge.

The work of comic creators are also frequently subject to change, not because of their content but rather the invisible hand of the industry. Creative works that enter the cultural lexicon usually need a recognized institution’s support to gain traction, such as a comic book publisher. In turn, the comic book editors make choices that affect the creator’s work, and publishers make the decision to cancel books all the time. Marvel is famous for canceling books before they get the chance to develop a following, recently canceling Black Panther and the Crew after only two issues. I disagreed with that decision, but I didn’t consider it a violation of free speech. Most of these decisions are made using preorder calculations to estimate future sales and readership, but unfortunately these calculations often don’t consider long-term relationships with the fan base.

Image Comics, like any of the television networks or other media outlets, is a business. They’re free to choose what comics they publish, and we’re free to not buy them. They’re also free to respond to feedback from the comics community. Whether they’re doing that out of the goodness of their corporate hearts or because they’re legitimately worried it’ll affect their bottom line is something we’ll never really know. But whether it’s technically self-censorship or not, the decision to pull the cover is Image’s to make. If a creative entity producing fiction can’t respond to its readership, then what’s the point of producing at all? On the other side, comic fans have every right to say what they like and what they don’t. That’s not censorship. It’s free speech. 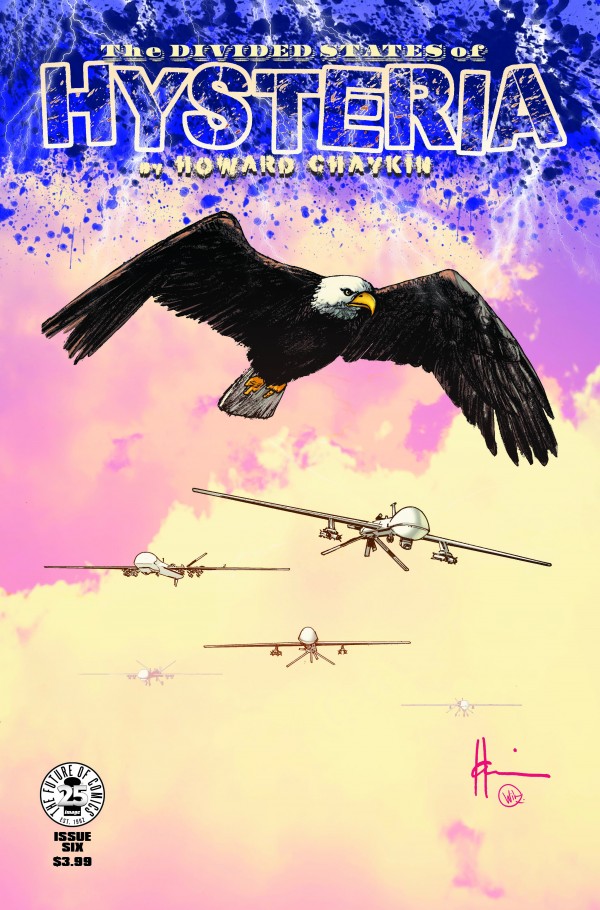