The Hungarian government has launched a campaign hitting out at the European migrant crisis, blaming George Soros. The fiercely anti-immigration Fidesz government has spent around $20 million on posters of the Hungarian-born billionaire with the words “Let’s not allow Soros to have the last laugh.”

Prime Minister Viktor Orban backed the campaign, which features a grinning Soros and effectively brands him an enemy of the state. Many of the posters are reported to have been graffitied with offensive slogans.

In the past, Orban claimed the influx of migrants was “poison” and would destroy Europe. Last year he told a press conference: “Hungary does not need a single migrant for the economy to work, or the population to sustain itself, or for the country to have a future.. This is why there is no need for a common European migration policy: whoever needs migrants can take them, but don’t force them on us, we don’t need them.”

So far, Hungarians have led the resistance to share the new arrivals proportionally across the European Union.

In response, Soros has claimed the poster campaign is anti-Semitic. “I am distressed by the current Hungarian regime’s use of anti-Semitic imagery as part of its deliberate disinformation campaign,” he said. “Equally, I am heartened that together with countless fellow citizens the leadership of the Hungarian Jewish community has spoken out against the campaign.”

The Israeli Embassy initially denounced the campaign, but quickly “clarified” with a statement making clear the country had no objection to criticism of Soros.

“In no way was the statement (by the ambassador) meant to delegitimize criticism of George Soros, who continuously undermines Israel’s democratically elected governments,” said foreign ministry spokesman Emmanuel Nahshon, adding that Soros funded organizations “that defame the Jewish state and seek to deny it the right to defend itself.”

Soros has spent $12 billion, mostly through his Open Society Foundations, on civil initiatives to reduce poverty and increase transparency, and on scholarships and universities around the world—especially in Eastern Europe and the former Soviet Union—since the 1980s. He is a strong supporter of uncontrolled immigration in Europe.

The campaign comes just days after George Clooney received widespread criticism for putting his two European homes up for sale due to fears of terrorism. He had also been a strong supporter of immigration from the Muslim world. He was accused of inflicting a problem on Europe then leaving others to clear up the mess.

According to IOM and UNHCR estimates, around one million migrants and refugees arrived in Europe in 2015, three to four times more than in 2014. 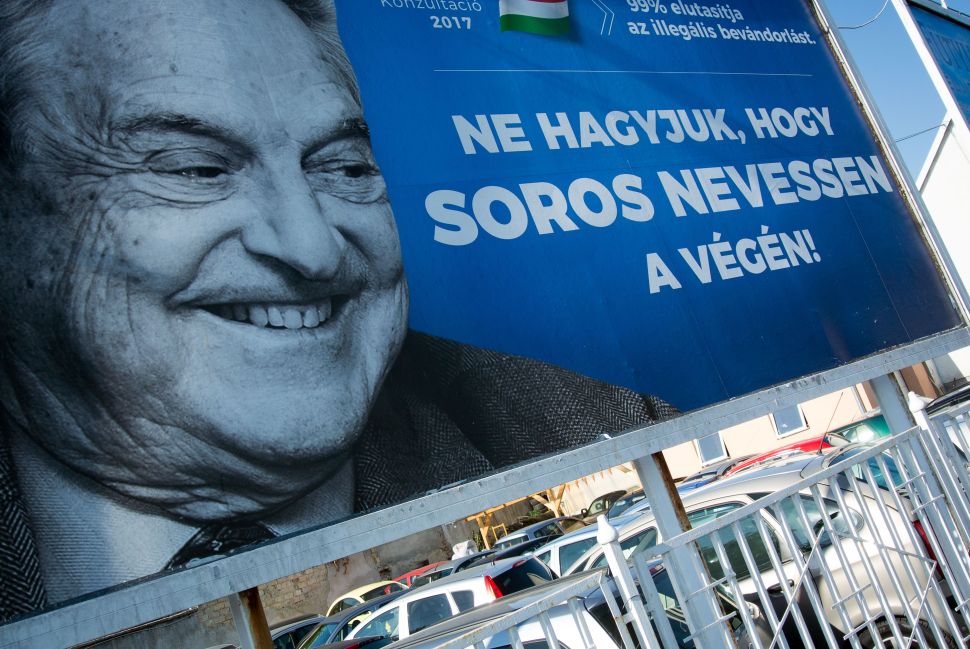