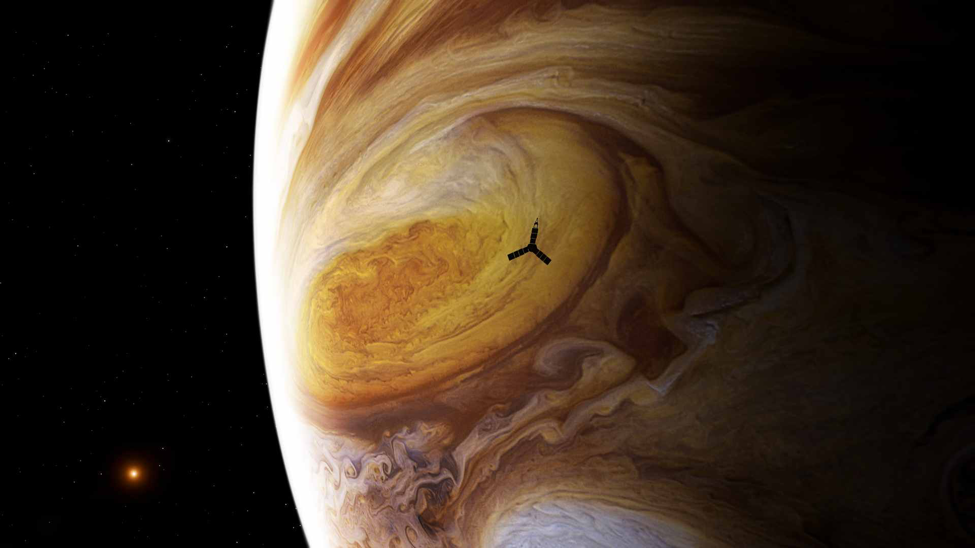 Artist concept of the Juno spacecraft flying over Jupiter. NASA 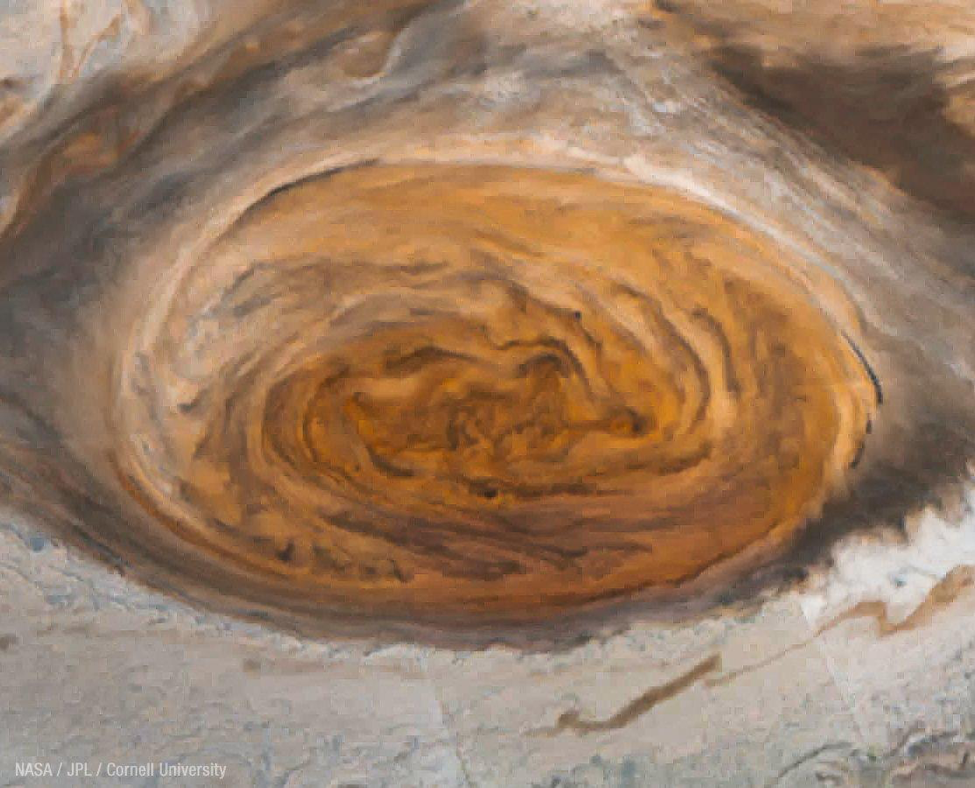 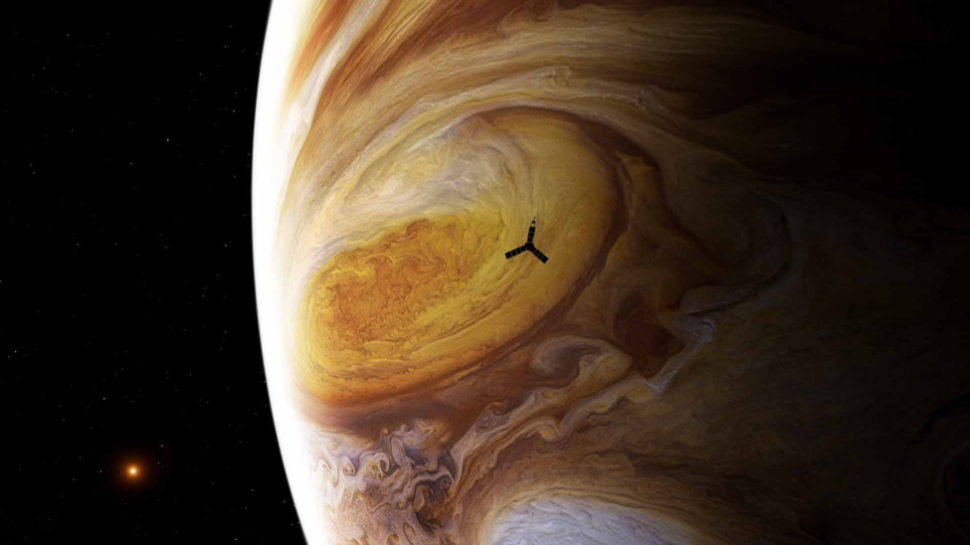