Instagram cartoons have gaining in popularity ever since The Fat Jewish was exposed for his meme-stealing ways in August of 2015. The creator of Yeah It’s Chill is one of the latest millennial cartoonists to successfully harness the power of the medium, posting socially aware jokes and quickly amassing close to 70,000 followers since starting her account last March.

The creator Christine (she calls her character Krysteen) is a New Yorker in her twenties who quickly grew her account by partnering with other cartoonists. Now, they’ve all become Internet colleagues, much like the meme cartel. She found current Insta-comics were lacking in diverse perspectives, inspiring her to offer her own.

Instagram is infamous for the prevalence of highly filtered and Photoshopped bodies, forcing even the most devoted users to take a digital detox. For those who don’t want to eschew the app entirely, they can follow more original accounts, with feminist, body positive messages.

Christine’s comics center on everything from coping with anxiety to dealing with dating. While those topics sound typical for an Insta-scroll, hers go deeper. “By being honest, authentic and realistic in my experiences I’ve found people who relate to what I make,” Christine, who wants to remain somewhat anonymous, told the Observer.

Unlike other Insta-toons, she embraces diversity, showcasing a woman of color as the protagonist. “There’s a lack of diversity in the space, and other women and women of color appreciate their experiences shown and validated,” she explained. “Up until recently, the majority of popular entertainment has been presented from a male perspective. Diversity in perspective is important, so different types of people can see their points of view represented.”

“Media still largely shows flattened caricatures of women—there’s a disconnect between how women see themselves and what is often presented to them,” she t0ld us. “Women appreciate seeing honest portrayals of shared experiences.”

In one recent collaboration with GoodBadComics, Christine discussed body hair, assuming the post wouldn’t be taboo or controversial in any way. Instead, she received dozens of negative comments. “I was absolutely not expecting the level of vitriol the comic received. The comments started with people telling me men wouldn’t find me attractive and progressively got worse, entering the realm of death threats.”

Playful Instagram posts ending in death threats show how misused the app can be. Strong, feminist accounts can combat some of the negativity—and inject humor into otherwise serious subjects at the same time. 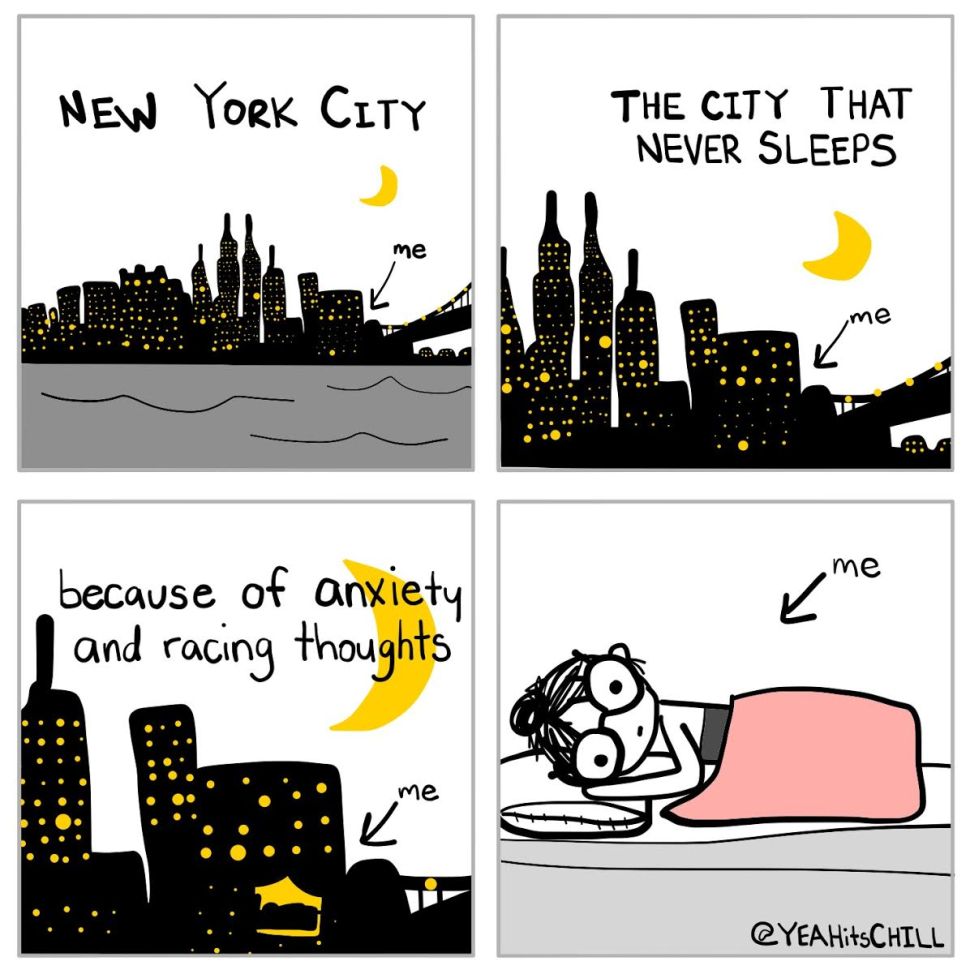