Sugar Sammy is a comedian, actor, writer and producer from Montreal. He tours internationally, in English, French, Punjabi and Hindi. He mainly performs stand-up comedy but boasts a large body of work, including three one-man shows, an original TV series on Canada’s French V network and an HBO Canada special (the first of it’s kind). He’s performed at the prestigious Just For Laughs Comedy Festival in Montreal seven years in a row and in his four fluent languages. The Observer sat down with Sammy to discuss his impressive body of work and the unique style he’s developed by performing in such diverse cultural landscapes. Sammy will be headlining Caroline’s Comedy Club in New York City July 13, 14 and 15.

You were just in Austin, which leads me to my first question: I know you’re on sort of a U.S. run right now, how’s it been treating you?

Great, it’s been fun to discover how different the U.S. is from state to state, from city to city, how different their points of view are, their politics, their demographics, religious beliefs, it changes depending on what area of the country you’re in. You know, one of the things they say about America right now is that it’s so divided. I mean, America is also so diverse in terms of its composition, but the diversity doesn’t melt together. It’s diversity by region, it’s weird.

Yeah, it’s kind of atomized in a weird way, especially right now, but it makes sense that you would notice that as someone who speaks four different languages, tours internationally and things like that. How do you find yourself adjusting your material when you travel?

Did you book Naples for that reason?

I booked Naples because they wanted to book me. A lot of snowbirds—a lot of Canadians—go there for the winter, so they’ve been bugging the comedy clubs to book me there. I was also insisting on doing it because I wanted to test the material democratically everywhere.

That’s one thing about road comics—you don’t get into bubbles a lot of the time. You’re not just talking to your own people. Did a lot of Canadians come see you?

A lot, but also social media gets a lot of people in. Also I used to tour the states, I used to headline the states a lot from around 2009 to 2011, whereas currently I’m spending a lot of time in Canada and Europe, so I have a lot of fans here that it’s been good to get back to, to say I’m back.

It’s more of a cultural thing, that’s so interesting, you’re the first person that’s asked that question. It’s not a linguistic thing. Linguistically, you have to adjust a little bit in that you have to make sure you get to the punchline as quickly as possible, but the material stays the same and the structure stays the same, you just gotta find that bridge between the language and the way it works because it was constructed in English, but it works in other languages. I’ve done it French, Hindi and Punjabi, and you just gotta find the cultural material that connects to that audience. Linguistically, if I had a French or Indian audience in New York, I’d do the same material I do about the states, but I’d do it in French, and it still works.

A lot of people will say that with something like, let’s say, hip-hop, that it only works in English style rhyme scheming or something.

Hip-hop is more beautiful in French! You gotta check out this rapper, he’s a legend in France, he’s called MC Solaar, in French his stuff flows better. And similarly France is now starting to have the stand up tradition. I think the difference was for years they’d have these one-man shows where they’d be doing characters and their mom and their uncle and stuff like that, like what you guys would call an Off-Broadway show or whatever, but in the last five years we’ve seen these stand ups come out. And it’s the art form that becomes the norm. Five years ago when they were doing these one man shows they’d ask me, “Would your material work there?” and I’d say, “No, not like that.”

People who’ve done Edinburgh say it’s like that a lot of the time. They’d do these tight New York one-liners, and people just didn’t know what to do with it.

Yeah, but you just gotta do what you do best. You can break through with them a lot; that’s the art form—it’s more conversational. And even if it’s a cultural shock for a second, you can get through to them. It doesn’t feel like this guy’s just doing this schtick up there where he doesn’t acknowledge us and he’s just doing the same stuff every night. There’s all these improvisational elements going on. It’s a lot like jazz in that they’d do five or six shows a weekend and record all of them and then pick the one they liked the best, because it’s not gonna be the same show, it changes depending on the audience. And there’s that dance with the audience that’s the important part, they’re listening to us as much as we’re listening to them.

Your material is very crowd-work heavy and that makes a lot of sense. Somebody once told me the audience is like an instrument and when you’re doing crowd work you’re like jamming, you know?

So where’d that style come from? I’ve noticed with crowd work and people that are really good at it, they work in clubs a lot, like proper comedy clubs where the audience is people that are on dates as opposed to audiences in bars or what have you. You came up in Canada right?

I came up in Canada but I toured everywhere, but I’ve noticed that a lot of our headliners in Canada and England are really good at crowd work because we value the emcee role a lot, so what happens is, a lot of headliners, when they have a weekend off, they host. And it’s valued and paid the same as headlining because it’s treated like the most important role in that show, Whereas here it’s different, the hierarchy and pay is different. In England it’s always been a five-man show where there’s four headliners doing 20 minutes apiece and an emcee, and everyone gets paid evenly, and you’ll see headliners emcee very easily.

So did you do a lot of that?

I did a lot of that, and so you develop that skill very easily, and I just find it becomes a very fun part of the show. I’ll have my material but I like going and using the crowd and talking to them, who knows, something might happen, or I’ll bounce ideas for a new bit off of them. And also, I’ll tape every show and the best crowd work, I’ll use that as promotional material, because you don’t want to burn your actual material you know? It’s not like music where they want to hear the same joke over and over. So it’s like I’m giving them a part of the show without burning any of the show.

Do you find that when you travel, are you trying to bring what you do to those new places or are you adjusting to how they respond?

I think a bit of both, I bring what I do, but I make it about them. Like you said about being an anthropologist, like when I go to France I notice these little tiny things that are commonplace for them and then I point them out and it becomes funny because they’re like, “Yeah, he’s right it’s funny, but we never talk about it,” but I also talk about myself and the Canadians point of view and how we’re different. And you can’t be a caricature, you can’t do it from afar, you gotta be immersed in it. It’s happening as I’m in New York right now, I’m noticing these things.

How long has it been since you’ve been in New York?

I was here last month, at the French Comedy Festival. I hosted one gala in English. It was all French comedians doing comedy in English for the first time and a few Americans, and then I played my show in French for a half-French crowd and a half-Québécois crowd, and I like that; I like it when I have to switch languages and switch cultures because it keeps your brain sharp—you’re always working, you’re never on autopilot.

Yeah, you definitely have to keep yourself in the moment so you don’t become a robot.

Yeah, and that’s the danger, that’s why I like the crowd work, and that’s why I like moving around. You know, I was touring Quebec for five years, and I was having a great time, but I didn’t feel like I was growing as a writer, as soon as I flew into France my writer brain went crazy. I would be up all night, I couldn’t sleep because I’d be having to write all this stuff down. I feel like you have to get out of your comfort zone, which is why I like going to other countries so much.

People say that about writer’s block, that you have to shake things up, but then the question is always, How? That seems like a really good answer. Man, this is fun. I feel like I could pick your brain all day. We could do a full Maron episode right now, but I’ve got to let you go. So, to round things out, let’s talk about your career. You’ve accomplished quite a bit: What’s next? Tell me about the future.

It’s always about doing more, doing something different. For me it’s never been about all that other stuff, It’s always been about being able to get up, write, work on stuff, be on stage every night if I can. Once I started getting really famous in Canada I left for a while because I was like, If I enjoy this too much, I’ll get lazy, and then I’m just thinking about not losing what I have, and if you write when you have a lot to lose, I find it’s never gonna be as good as when you write when you have nothing to lose. So I’ll go to a fresh new market where I have nothing to lose and push myself as far as I want, and if it doesn’t work, I can always go home later, you know? The best thing is having that freedom, being able to create the work I want to create. 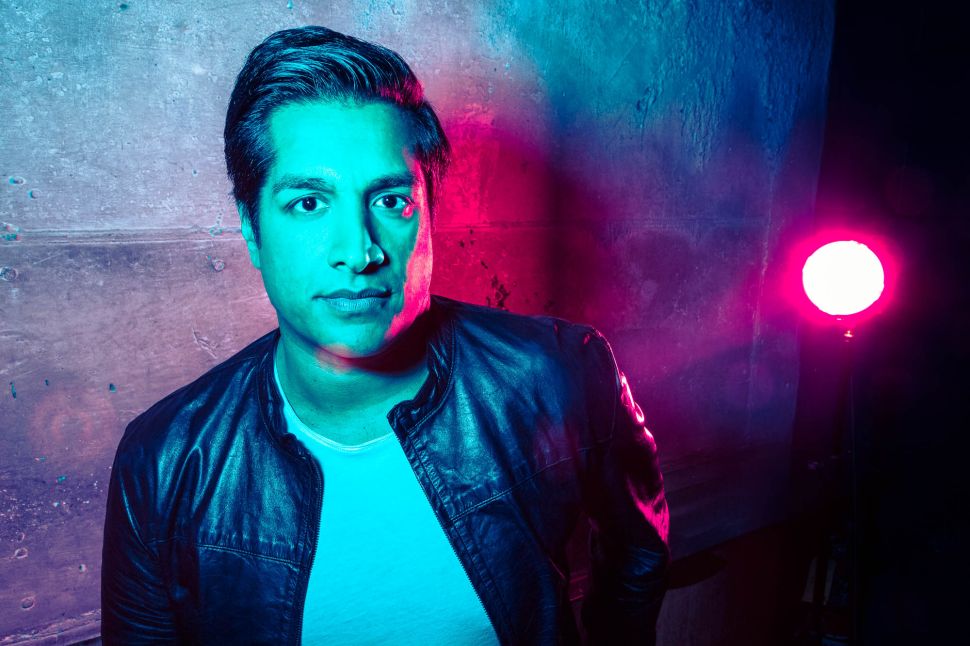