People with ADHD’s brains are wired differently. Figuring out how to get work done is often as difficult as doing the job itself. They need constant reminders and other sorts of brain stimulation—something the iPhone has provided since 2007.

While everybody has benefited from the iPhone and its capabilities, people with ADHD can tell you that Apple not only provided a benefit; it produced a life-changer. Apple makes living with ADHD easier. Though there have been other smartphone and handheld devices with similar capabilities, none are as accessible and consumer friendly as the iPhone.

In 2012, blogger Dana Rayburn noted how the iPhone 4s with its virtual assistant “Siri” had become an integral part of managing her ADHD. She noted how easy it was for her to remind herself to the plants by just speaking a few sentences and pushing a button. Telling Siri to schedule a reminder for the task at repeated times helped Rayburn not get distracted from her current task. She also listed how many of her clients had been able to improve their lives with the iPhone.

Jordan McMahan of Motherboard wrote how his ADHD almost got him kicked out of college until his iPhone took the wheel. “I was disappointed as I began to accept that I had failed and ADHD had won. I set my phone down and got ready for bed. Before closing my eyes, I took one last look at my iPhone and began to think it could be the solution I was looking for,” he revealed.

Jordan realized that the solution wasn’t to work harder or ignore his ADHD; it was to work in way that complimented it. He found several iPhone apps that helped keep him productive. Eventually, he graduated with a high G.P.A. and a degree in Journalism.

There have been some iPhone apps (also compatible with the iPad) that have been praised specifically for people with ADHD. Asana helps people that struggle to stay on task and follow through. Due is perfect for those who are easily distracted by providing a simple way to program alerts, reminders and alarms. EpicWin, an app that turns completing tasks into a fun game, is great for kids with ADHD. You could say that these apps are helpful for everybody. The difference is that for people with ADHD, these apps aren’t just helpful—they’re essential.

If the iPhone pushed the envelope for people with ADHD and other disabilities, the iPad opened it. True, there were other tablets on the market before the iPad, but they had awful battery life and weren’t consumer friendly. They certainly weren’t made for people prone to forgetting to bring their chargers with them.

In addition to the battery life, the iPad’s large screen made reading easier for people with other disabilities. The light weight (1.6 pounds was light for 2010) made it super portable. And even though the iPad didn’t have an active stylus like the Apple Pencil yet, several companies sold capacitive stylus devices that helped many interact with their tablet in different ways.

The iPad was helpful for people with ADHD but was mostly used for more severe disabilities. In 2011, an article on Mashable noted how the iPad was changing the lives of people with language disabilities. In one case, a two-year-old was diagnosed to be 12 months behind in his language, cognitive ability and motor skills. After working with an iPad for four months, his skills made significant leaps.

My next door neighbor’s child was diagnosed with Central Auditory Processing Disorder (CAPD) in 2011. Those with this disorder may function highly, but their misinterpretation of speech may lead some to think they have hearing problems, which isn’t the case. The problem is the way the brain interprets the speech or sounds. People with CAPD have a very difficult time understanding those with even the slightest accent. Some also have trouble interpreting people’s non-verbal actions as well. She told me the iPad made her son’s life so much easier.

The app that was the most fun and helpful for her child was Simon Says, a popular 1980s electronics game turned into a digital tablet app. In the game, one has to repeat computer generated tones and colors. Even though Simon Says sounds simple, it gets daunting at advanced stages and challenging to those who don’t have disabilities. In addition, other apps such as Auditory Workout, Brain Trainer, and many others strengthen memory and recognition skills.

While using these types of apps on the iPad may seem like fun, it’s important that they are used frequently; many sources recommend 45 minutes a day to reap the full benefits.

In 2015, the Guardian ran a touching story in which a mother explained how an iPad gave her non-speaking son with Mowat Wilson Syndrome a voice and changed his life. “Any sadness we once had has been replaced with pride and often amusement about some of Kevin’s unexpected interjections. Once, when I was talking about how Kevin uses his iPad at school, Kevin reminded me he uses it for his schedule, helping him manage his day more independently,” author Kathy Bell tells her readers.

Now that devices such as the iPhone and iPad have broken barriers for people with disabilities, it’s important to make them accessible and affordable for those who need them. The iPad, which has gone down in price to as much as $199 at retail and $100 (or cheaper) in the secondary market, has become more accessible. Apple is also currently making it more affordable for all kinds of schools to purchase iPads in bulk. There is still work to be done, but Apple should be given a lot credit for helping to give strength and hope to people with disabilities. 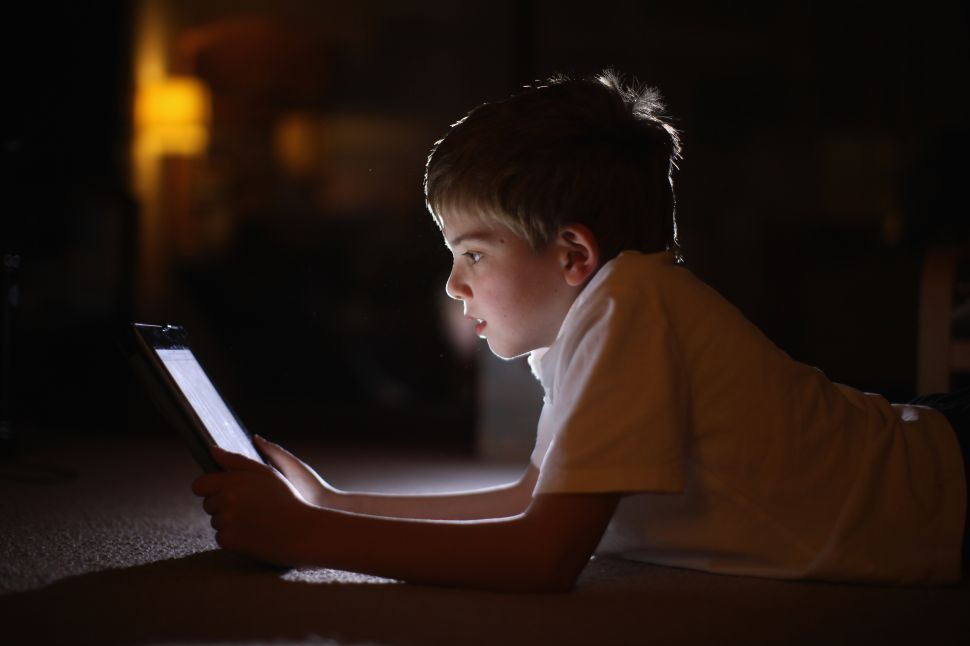