A Manhattan antiques dealer is suing The Wall Street Journal for libel, claiming a May article which reported he was under investigation for possible trafficking of ISIS artifacts had irreparably damaged his reputation.

Hicham Aboutaam, owner of the Manhattan gallery Phoenix Ancient Art, filed the lawsuit on Monday. He said the stigma of being labeled a looter in terrorist antiquities had caused his sales to plummet.

The May 31 Journal story reported that authorities in Switzerland, France, Belgium and the United States were investigating both Hicham Aboutaam and his older brother Ali Aboutaam. The Lebanese family also owns a gallery in Geneva—Hicham runs the gallery in New York, while Ali handles European business.

Swiss authorities placed Ali Aboutaam’s wife under surveillance and found that she couldn’t produce documentation for some objects she had purchased. The Journal also reported that Ali Aboutaam’s driver was also arrested in Geneva after authorities discovered he was carrying an ancient oil lamp in his car.

While neither brother has been charged with a crime yet, the Journal reported that the Aboutaams were on a list of 15 dealers French authorities were focusing on during their investigation.

Hicham Aboutaam alleges that the false Journal story led the Toledo Museum of Art to return a $50,000 donation Phoenix had made to an antiques exhibit there. The lawsuit also says that his “personal and professional reputation and business opportunities have been decimated.”

Both Aboutaam brothers have attracted attention from authorities in the past. A 2003 ICE investigation found they were “allegedly trafficking in illegally obtained art and antiquities,” according to the agency’s website. The following year, Hicham Aboutaam was fined $5,000 in New York federal court after pleading guilty to falsifying a customs declaration for a drinking vessel that was allegedly found in an Iranian cave.

Phoenix Ancient Art is very private about its holdings—the Journal reported that visitors are buzzed into a discreetly lit stone-floored room where roughly two dozen artifacts with prices over $100,000 are displayed. The brothers have sold pieces to some of the world’s biggest museums, including the Metropolitan Museum of Art in New York and the J. Paul Getty Museum in Los Angeles.

ISIS has destroyed archaeological sites throughout the Middle East and raised funds by selling off looted artifacts. Last year, the Justice Department filed suit against ISIS seeking to recover those antiquities.

Highbrow art dealers aren’t the only ones under suspicion of hoarding artifacts—earlier this month the arts and crafts store Hobby Lobby was forced to return 5,500 ancient clay cuneiform tablets that had been smuggled into the United States from Iraq labeled as tile samples. 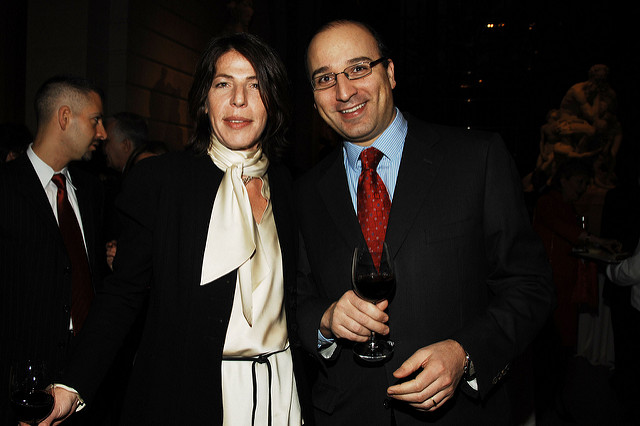