By any reasonable rationale, Terminator Genisys should have killed the franchise with its lethal combination of terribleness and disappointing box office returns. But since this is SkyNet we’re dealing with, they just keep sending ’em back out there.

In January, franchise creator James Cameron let it slip that he was possibly developing a new installment with Deadpool director Tim Miller at the helm. Okay, sure. We’ve had five films in the series with the last three being absolute garbage, but fine. We can stomach one more if Cameron is actually involved for the first time since Judgement Day. Unfortunately, Cameron’s ideas for the franchise don’t stop there.

“I think it’s fairly widely known that I don’t have a lot of respect for the films that were made later,” Cameron told Australian news site news.com.au. “I was supportive at the time in each case for Arnold’s sake because he is a close friend. He has been a mate of mine since 33 years ago so I was always supportive and never too negative. But they didn’t work for me for various reasons.”

On that we can agree, James. But how are you going to right the wrongs of reboots past?

“The question is — has the franchise run its course or can it be freshened up? Can it still have relevance now where so much of our world is catching up to what was science fiction in the first two films. We live in a world of predator drones and surveillance and big data and emergent AI.

“So I am in discussions with David Ellison, who is the current rights holder globally for the Terminator franchise and the rights in the US market revert to me under US copyright law in a year and a half so he and I are talking about what we can do. Right now we are leaning toward doing a three-film arc and reinventing it.”

Three more Terminator films? REALLY?! We’d rather duke it out with a T-1000 than see the same once-great concept butchered even further. But hey, at least we have Avatar 2, 3, and 4 to look forward to, right? 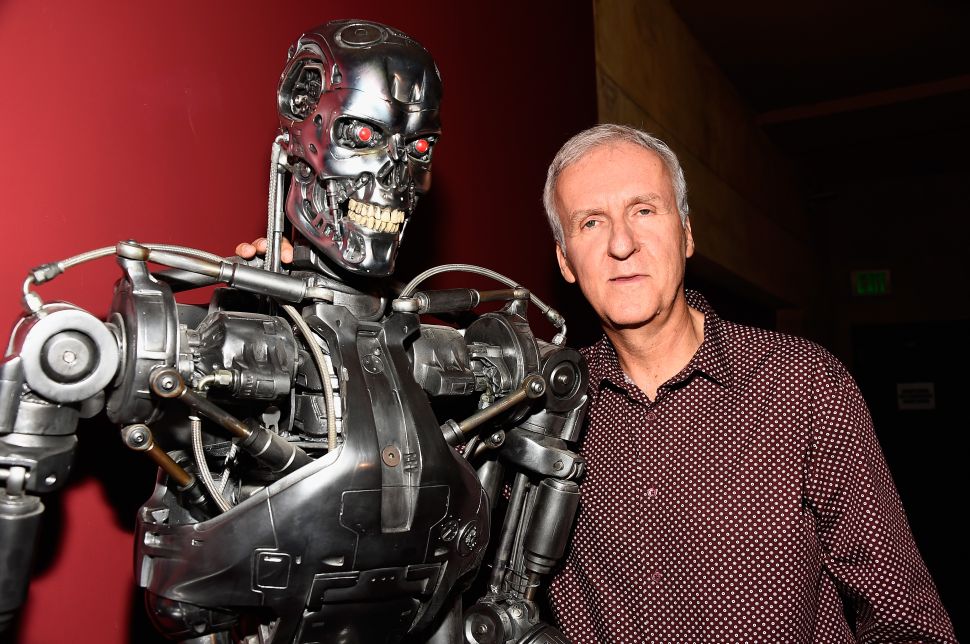