If you aren’t familiar with the work of Sion Sono (particularly, his films Suicide Club and Love Exposure), you can think of him as the Japanese lovechild of David Lynch and John Waters. So when the esteemed Nikkatsu studio commissioned him to create a “roman porno” similar in style to the hundreds of softcore flicks they released in the ‘70s (sex/nudity every ten minutes, barebones budget, short length), it’s no surprise that Sono took the opportunity to steer clear of titillation and instead rip the entire genre to shreds, deconstructing everything from its exploitative culture to its hypocritical virgin/whore dichotomy. Anchored by a fearless performance by Ami Tomite, Antiporno is a brutal watch at times, but it’s propelled by a violent feminist rage that must be heard.

Nobuhiro Yamashita’s most notable works (like Linda Linda Linda and La La La at Rock Bottom) are quiet films full of damaged characters longing to burst out of their shells. Over the Fence, starring Joe Odagiri and Yu Aoi, is no exception, realistically portraying the budding relationship between a divorcé enrolled in vocational carpentry school and a manic bar hostess not as a picture-perfect cinematic romance, but rather as a bumpy road towards healing and acceptance. Beautifully filmed and soulfully acted, Over the Fence is a must-see for moviegoers who prefer their romances clear-eyed and adult.

Outside of the occasional reference or silly caricature, Japanese films don’t often offer much insight into how the country views the United States. Yamato (California), a coming of age story revolving around Sakura, a Japanese teenager (played by Korean-Japanese actress Hanae Kan) living next to an U.S. naval base, is a rare exception. Having dropped out of high school, Sakura spends most of her time dreaming of a rap career, but a visit from her mother’s boyfriend’s American daughter, Rei, forces her to re-examine her life and the country around her. Deeply felt and unapologetically political, Yamato (California) is a unique look at the personal ramifications of the complexities between the United States and Japan.

Playing like a live-action Looney Tunes by way of Battle Royale, Teiichi: Battle of Supreme High is a high-octane political satire set in a high school. Centering on Teiichi Akaba (played by Masaki Suda), a student at an absurdly elite private school wherein student body presidents tend to become Prime Ministers of Japan, the film tracks Teiichi’s attempt to win the school election by any means necessary. Although there are surely Japanese inside-jokes that will be lost in translation, Teiichi’s razor-sharp takedown of the toxic masculinity surrounding politics is something that can be easily understood and enjoyed.

Although the recently deceased Seijun Suzuki is mostly known for his stylish 1960s masterpieces like Tokyo Drifter and Branded to Kill (which deviated so far from both the script and studio expectations that he was temporarily blacklisted from the industry), his 1980 film Zigeunerweisen belongs in the discussion of his greatest works. Produced outside of the oppressive studio system, the film tells the story of a German professor, a nomad, and a geisha in the Taisho era (early 20th-century), but as with much of Suzuki’s best works, the plot is a framework for the director’s surreal explorations into sex and death. Unavailable for years in the U.S. the film is finally coming to Blu Ray in early August, but the opportunity to see it on the big screen is an exceptionally rare privilege.

The Japan Cuts: Festival of New Japanese Film runs through July 23 at the Japan Society. 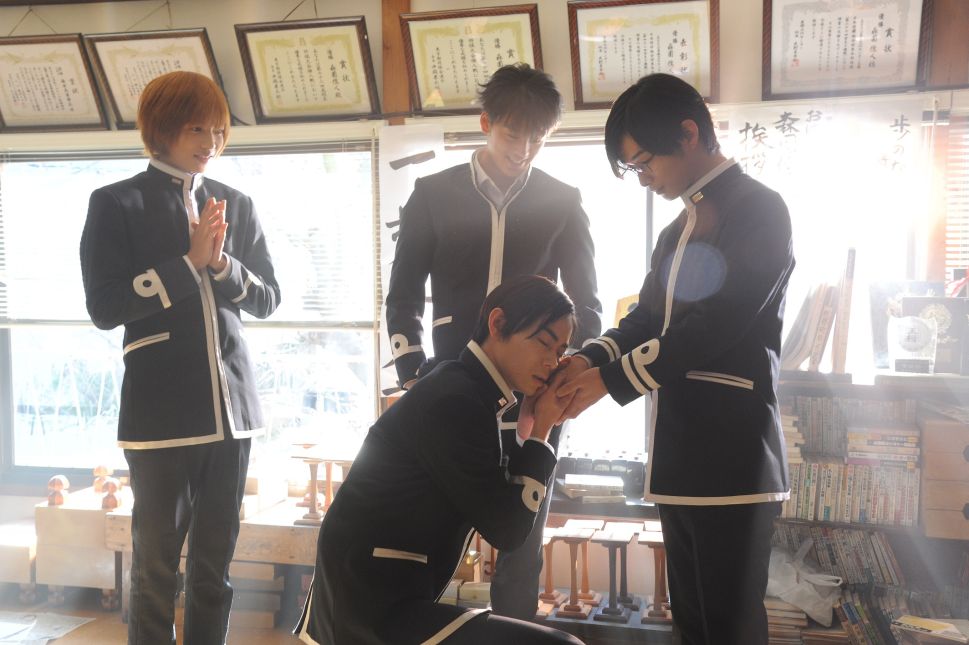