When it comes to honest politics in the health care arena, it’s getting hard to see clearly.

Led by the American Optometric Association (AOA) and large companies like Johnson & Johnson, there is a major effort in Washington to use the levers of government to pad big corporations’ bottom line. Companies such as J&J control 40 percent of the lens market due to their cozy financial relationship with optometrists, and now they want to have the government regulate away their competition.

Over the past few weeks, eyecare lobbyists have crawled into scores of congressional offices, hoping to convince someone to carry their . Their interests represent an assault on the free market, and the Republican-controlled Congress must not push them forward.

Here’s the story. Prior to 2003, optometrists had a virtual monopoly over the sale of lenses. Why? Because they have always sold what they also prescribe (lenses) and up until 14 years ago, they were not obligated to give patients copies of their own prescriptions. In other words, they possessed a government-protected monopoly and could legally force consumers to purchase expensive brands at inflated costs, which they greatly profited from.

Thankfully, Congress stepped in and passed the The Fairness in Contact Lens Consumers Act (FCLCA), which made it illegal to deny prescriptions to consumers. It also cut back on optometrists’ ability to prevent patients from purchasing lenses from third-party sources like Costco, Walmart and websites by only giving them an eight-hour time limit to strike down the sale, all while forcing them to provide a valid safety reason for doing so.

The reforms from FCLCA also helped put cost-cutting online vision care technology on the public’s radar. These apps, such as Simple Contacts and Opternative, use ocular telemedicine, which allows consumers to have their eyes examined from the comfort of their homes. The results are signed off on by a board-certified ophthalmologist and an e-prescription is then distributed to the patient. Thanks to this technology, consumers have the potential to save hundreds on each office visit and prescription refill, and now only have to go to the eyecare professionals’ office just once every two years for a comprehensive eye health exam.

FCLCA was a blessing for American consumers everywhere, but that’s exactly why eyewear manufacturers hate it: This legislation greatly ate into their once captive market share. So what are they doing now? Pushing for a new protectionist bill, of course, which would undo much of the 2003 legislation. Their bill comes in the name of the Contact Lens Consumer Health Protection Act (CLCHPA), and they are surveying Congress to find a new introductory sponsor so that optometrists can gain a good portion of their monopoly powers back. At a minimum, they’d like the FTC to scrap the mandate that requires them to provide patients with copies of their prescriptions, calling it an “unnecessary regulatory burden” on eyecare professionals.

The whole campaign is ridiculous, and while in the middle of it, Johnson & Johnson has desperately tried to save its credibility, saying in a recent press release that “helping people safeguard their eyesight is our top priority at Johnson & Johnson Vision.”

Unfortunately, it appears that their words run contrary to the facts. Last year, in the finalization of its 10-year check-up on the 2003 reform legislation, the Federal Trade Commission (FTC) found there to be absolutely no increased risk from buying contact lenses from third-party vendors. None.

The “health risks” industry leaders cite appear to be nothing more than scare tactics. The truth is that users of vision care apps still need to get a comprehensive eye exam once every two years—right in line with the exact time window that the American Optometric Association (AOA) recommends—to check for infections and other eye safety concerns.

If their activism really revolves around “vision safety,” then why is it that in Europe and every other country that doesn’t have prescription mandates, these companies freely sell your lenses in vending machines? While I’m all for less regulation in that realm, it’s awfully hypocritical for a company to be pushing for more regulations in the United States—a country that requires prescriptions—when that very organization is freely selling those same lenses overseas without prescriptions.

It’s the job of Congress, as well as President Trump’s FTC, to drain the swamp—not back down to special interests. These decision-makers should treat these health care lobbyists as nothing more than what they really are: special interest groups that care more about making an extra dollar than they do giving Americans increased access to health care.

Steve Lonegan is the former Mayor of Bogota, NJ and a frequent guest on Fox News, CNN, and MSNBC. Steve is the former New Jersey Chairman of Sen. Ted Cruz’s presidential campaign, a former senior staffer for Americans for Prosperity and the American Principles Project, and a Republican candidate in several high-profile national political races. 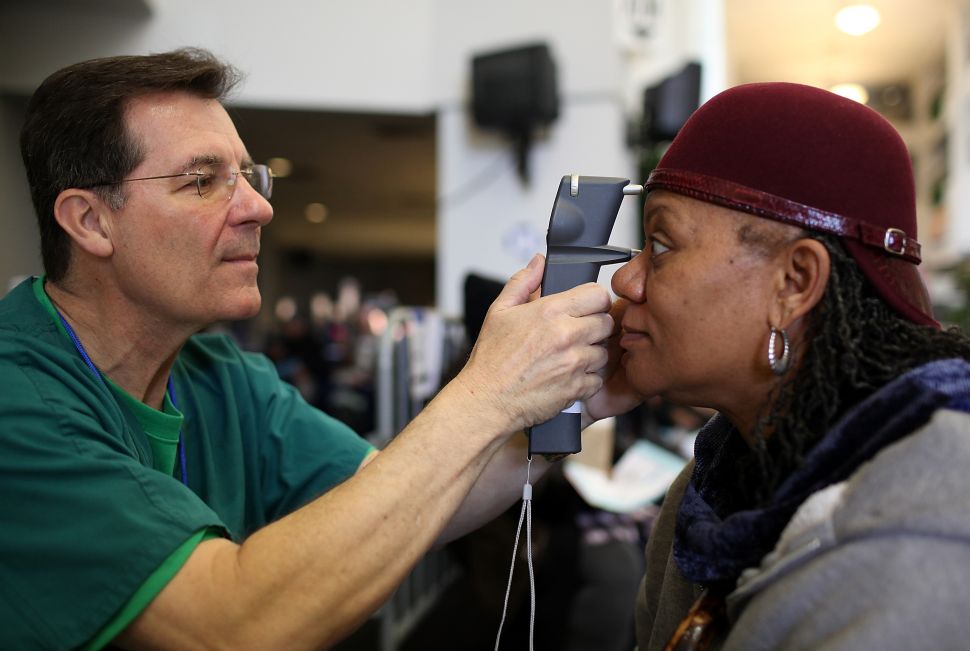