The whole history of pornography is available for free online, and that’s a real problem for people trying to make money off sexy videos. On the other hand, a new podcast that dives deep into precisely that topic is also entirely free to download right now, and that might well be great for its publisher’s bottom line.

Audible launched its podcasting program, which it calls “Channels,” a little over a year ago. It is a combination of short form and original content available to both Audible members and Amazon Prime members. The programming works like an extra perk, more free content to keep folks locked into Amazon and using it as the main way to get shoes, televisions and—soon—groceries.

What’s interesting here, though, is that it’s making this particular podcast free. Fronted by a best selling author who’s written books that led to movies fronted by George Clooney and Michael Fassbender, one might think that this is exactly the sort of premium content a publisher would want to hold back and sell. On the other hand, it could be that the company believes Ronson’s show will introduce more listeners to the original content, helping nudge them in the direction of a Prime or Audible subscription.

Ronson, however, manages to get deeper inside the company, and he doesn’t like what he sees. “If there was a bad guy in the story, it would be the tech people,” Ronson said during a Q&A at the end with Eric Nuzum, the Audible VP managing its original content.

We’ve listened to the full 3.5 hour program. Early on, Ronson manages to talk to developers working for the company and even the man who pulled the conglomerate of adult sites together, Fabian Thylmann. He made the company into a global conglomerate, selling his stake in 2013. 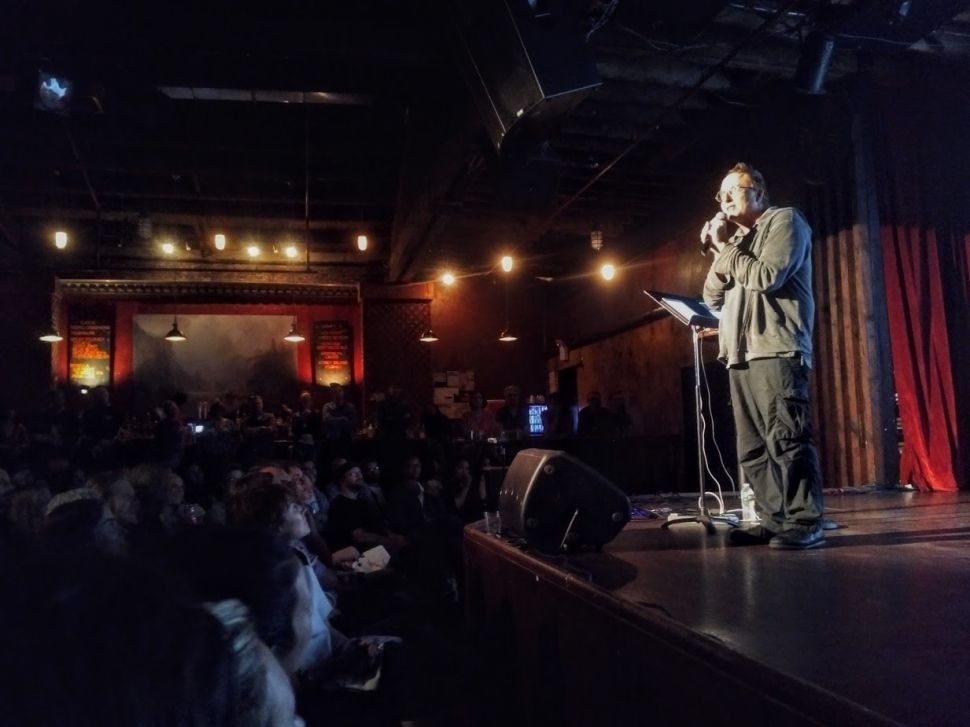